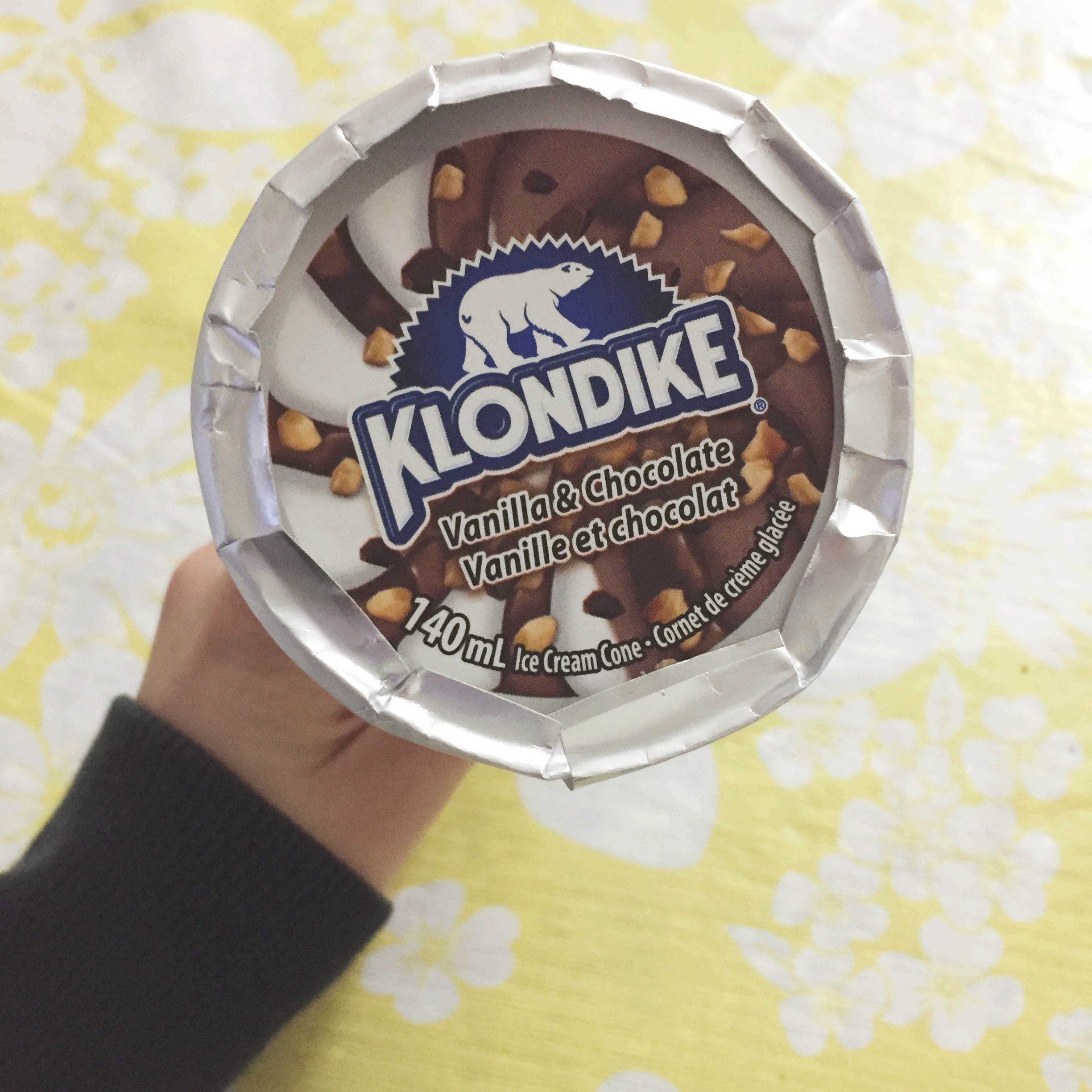 Mini ice cream post today! I’ve always loved Vanilla and Chocolate Ice Cream Cone mixed with the melted fudge-y chocolate and crunchy bits on the top since I was a kid. I rarely eat these specific ice cream cones anymore because I get so disappointed that it doesn’t taste similar as per to my childhood memories. But out of the few ice cream brands that I’ve tried, Klondike’s actually tasted pretty good and I would definitely get it again!

Some of the other brands that I’ve tried before, the flavours tasted so different. The vanilla and chocolate flavour didn’t match or taste well together, or the chocolate bits didn’t crunch but instead just melted. However, Klondike’s version gave me nostalgic feelings about munching on my favourite ice cream cone when I was younger. The texture of the soft ice cream versus the hard chocolate bits and nuts were a nice contrast. I forgot the brand of the ice cream from my childhood but now I feel content since I can replace it with this version of the Vanilla and Chocolate Ice Cream Cone.

Someone has also mentioned to me that this Klondike brand was popular for their ice cream sandwiches! I remember having one a few years ago, but I’m still more an ice cream cone type of girl. 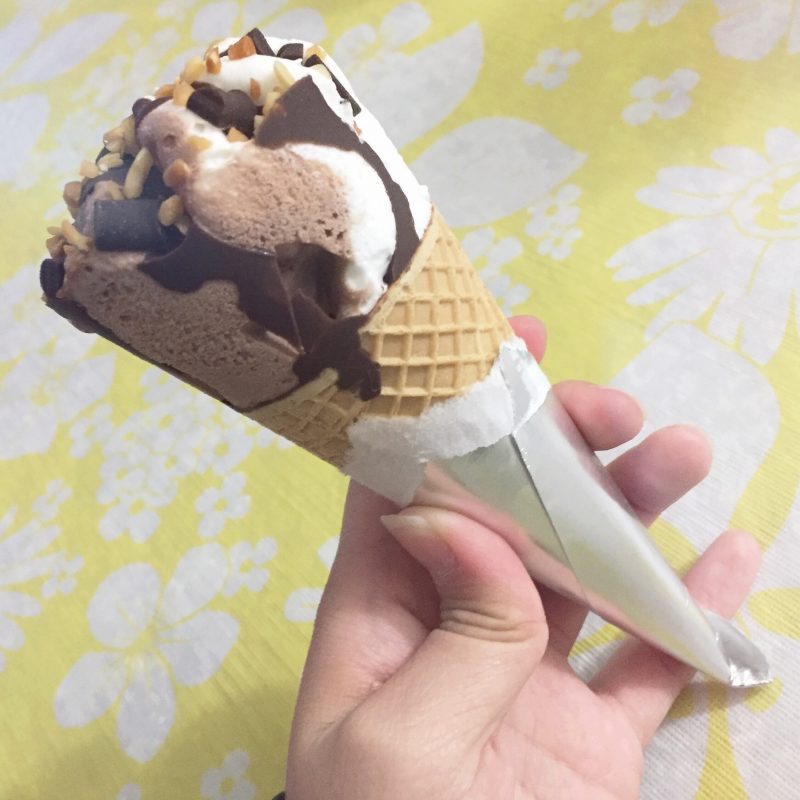 You can grab these from your local supermarket. I grabbed mine from the freezer cause my parents bought some and I’ve decided to eat it, heehee. Who knew that a spontaneous act could lead me to a whole new discovery? Klondike will be my new go-to to satisfy my Vanilla and Chocolate Ice Cream Cone cravings or simply a nice summer dessert after dinner.