Was at Niagara Falls and for lunch, we stopped by a buffet called Mandarin.

As you can tell from the name, it’s more of an Asian buffet and they do have Mandarin(s) in Toronto too. But honestly, the one in Niagara Falls is one of the best Mandarin that I’ve been to (even before this time). 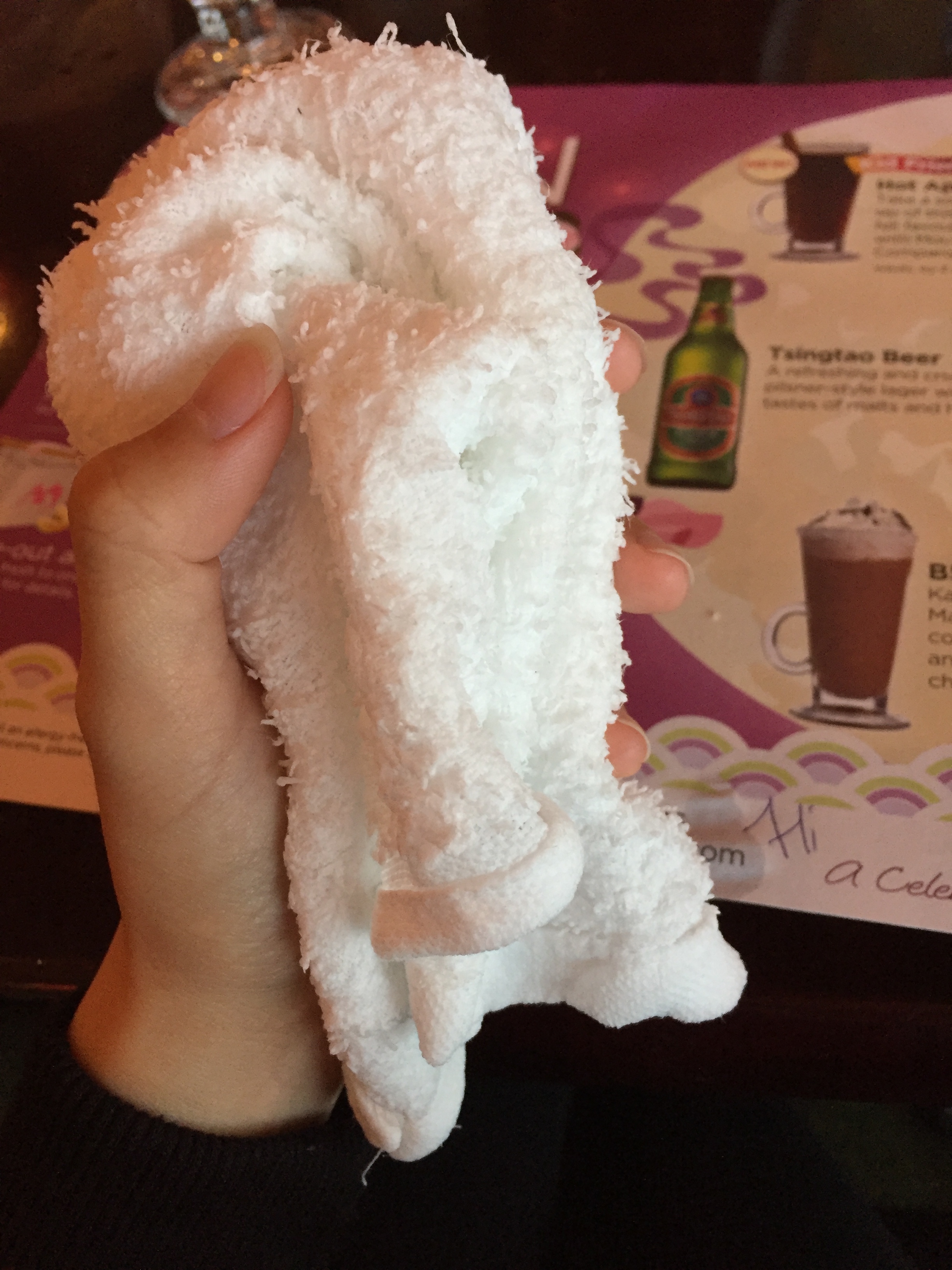 As we went on a weekday, so we were seated pretty quick too! I guess it’s all about timing. Some days or occasions, we have to reserve a table because we’d go in a big group and on a weekend… which can get pretty busy and hectic even when it comes to just getting food.

After being seated, our waitress gave us these fancy hot towels, which are common at the end of your meal in Chinese restaurants and buffets. Rarely have I been given one before my meal.. and in a buffet setting as well. Our waitress was really enthusiastic when listing their specialty food and drinks. After she was listing the loooonnngggg list of seasonal drinks, I rejected her at the end, stating water is fine.. Felt bad, but at the same time, wanted to cut her off in the middle for her to save her breath but that’d be kind of rude too right…
Anyways, they were still on the Moon Festival/Thanksgiving mood so they do have some seasonal related food items. 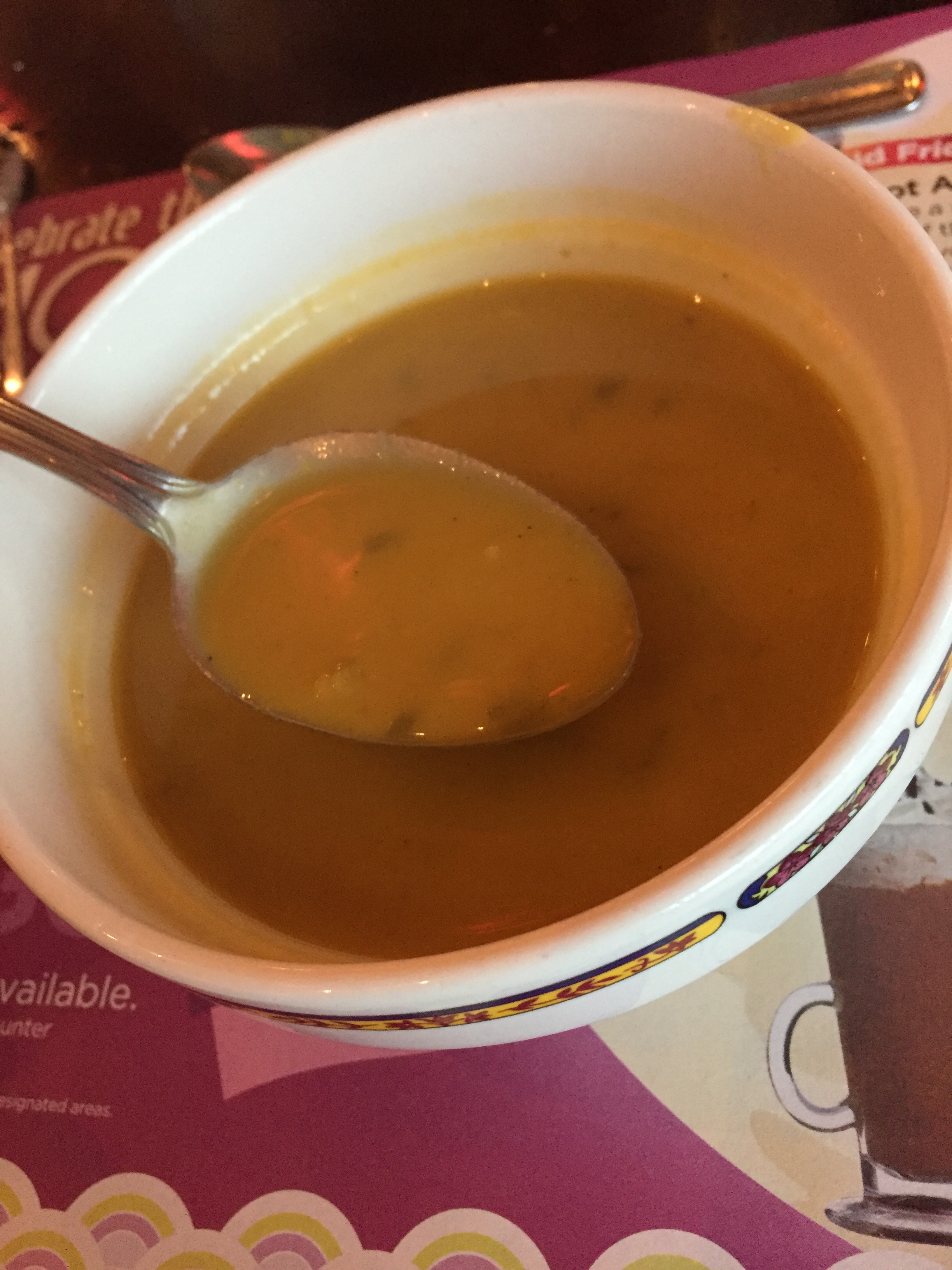 Butter-squash soup! It was so good!!

Butter-squash soup was one of the best things I’ve had in Mandarin like ever!! It was soooooooo good! Sadly, as I never had butter-squash soup before, I didn’t take a big portion in case I didn’t like it. And to my dismay, when I wanted to go for Round 2, I overheard the servers switching the pot to Clam Chowder and proclaiming that the next batch of butter-squash soup would be 3 hours…. 🙁 ! So my happiness was short lived. 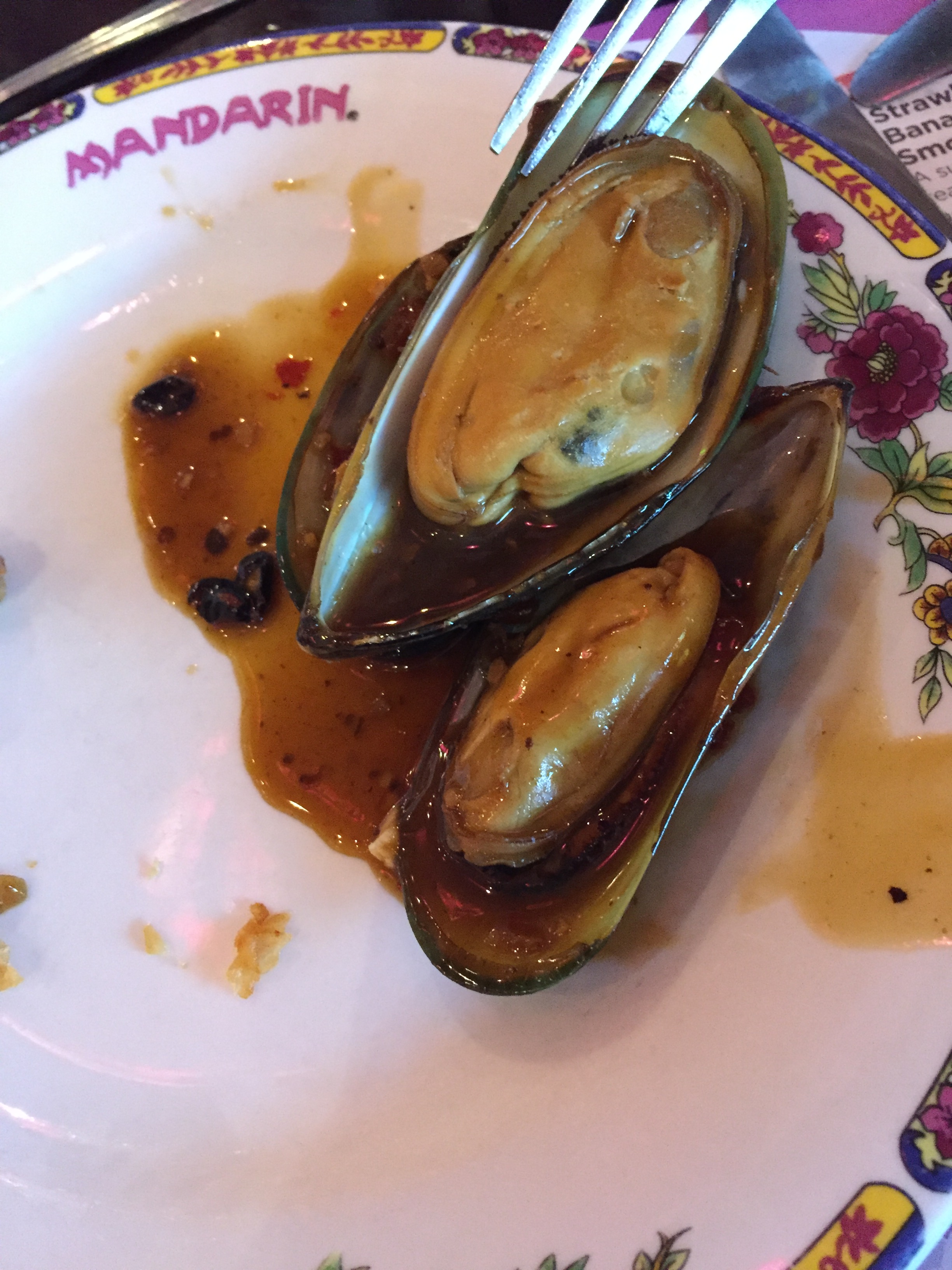 Mussels with some type of spicy black bean sauce…

A few other things I fancied while I was here were the sushi, their grilled/roasted section of steaks/meat, and the mussels with spicy black bean sauce! Mmmmmmmm.. I adore mussels and oysters lately. I used to dislike it, but my tongue (for about a year) developed a liking for it. 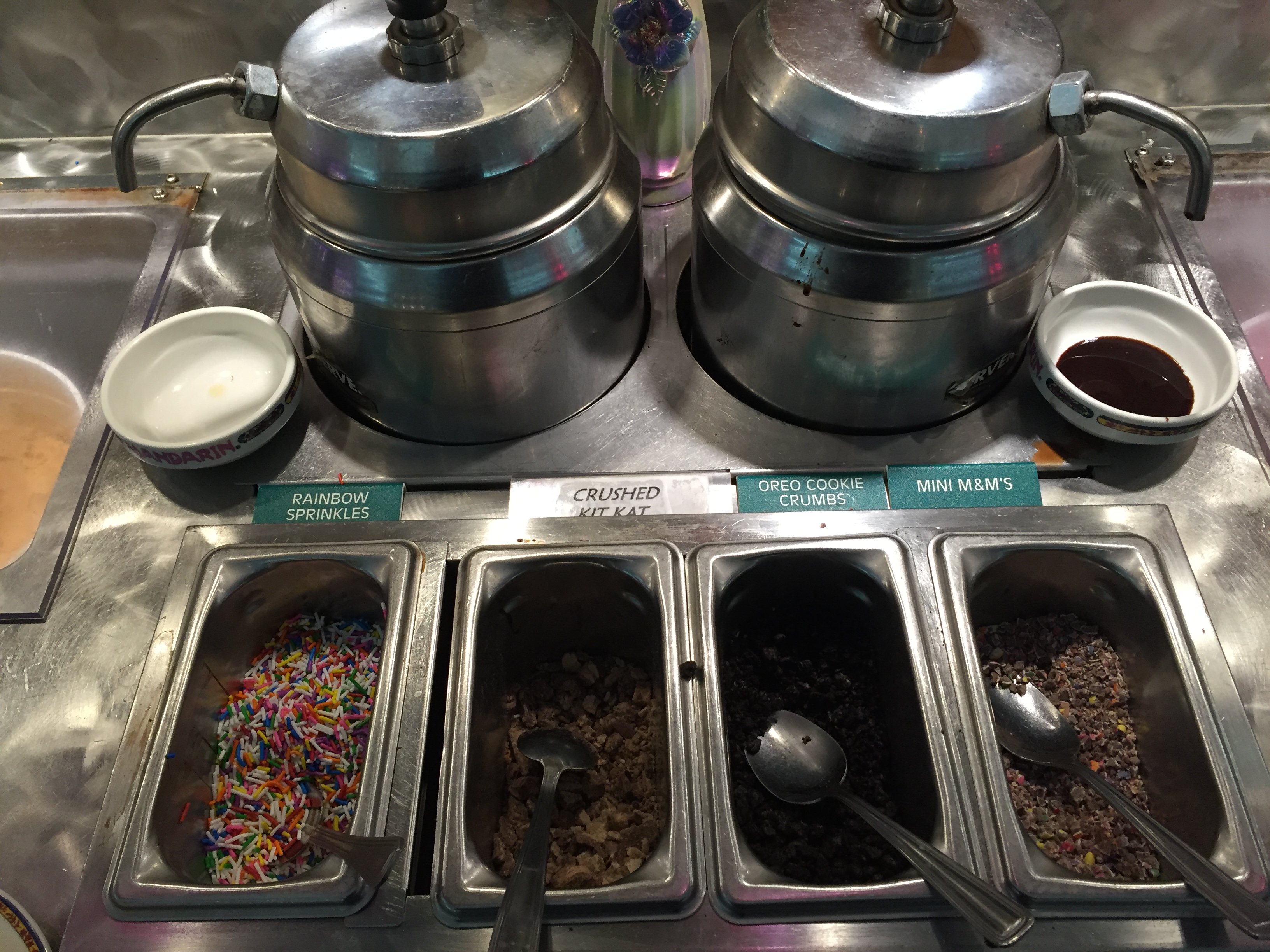 I’d like to point out their ice cream section – they have tons of ice cream flavours compared to other buffets that I’ve seen. They have flavours like bubble gum, cotton candy, plus the usual chocolate, vanilla and strawberry as well.

Their toppings section includes butterscotch drizzle (pictured on the left) and chocolate drizzle (on the right), and their sprinkle toppings include rainbow, crushed kit kat, oreo cookie crumbles, and mini m&m-s. Definitely +1 for me.

Overall, the experience was decent – considering a buffet, service was okay – but they did upgrade their service style, and the food was decent as well. However, out of all of the other locations, I like this one the most 🙂 !