Late Chinese New Year post 🐵 but it was a hectic weekend with lots of food events!

This was the first event of that weekend and we had a course meal designed for 6-8 people. Their utensils were really cute (for a Chinese restaurant), plus it looks really new and I really wanted to try my new lens, so here it is! 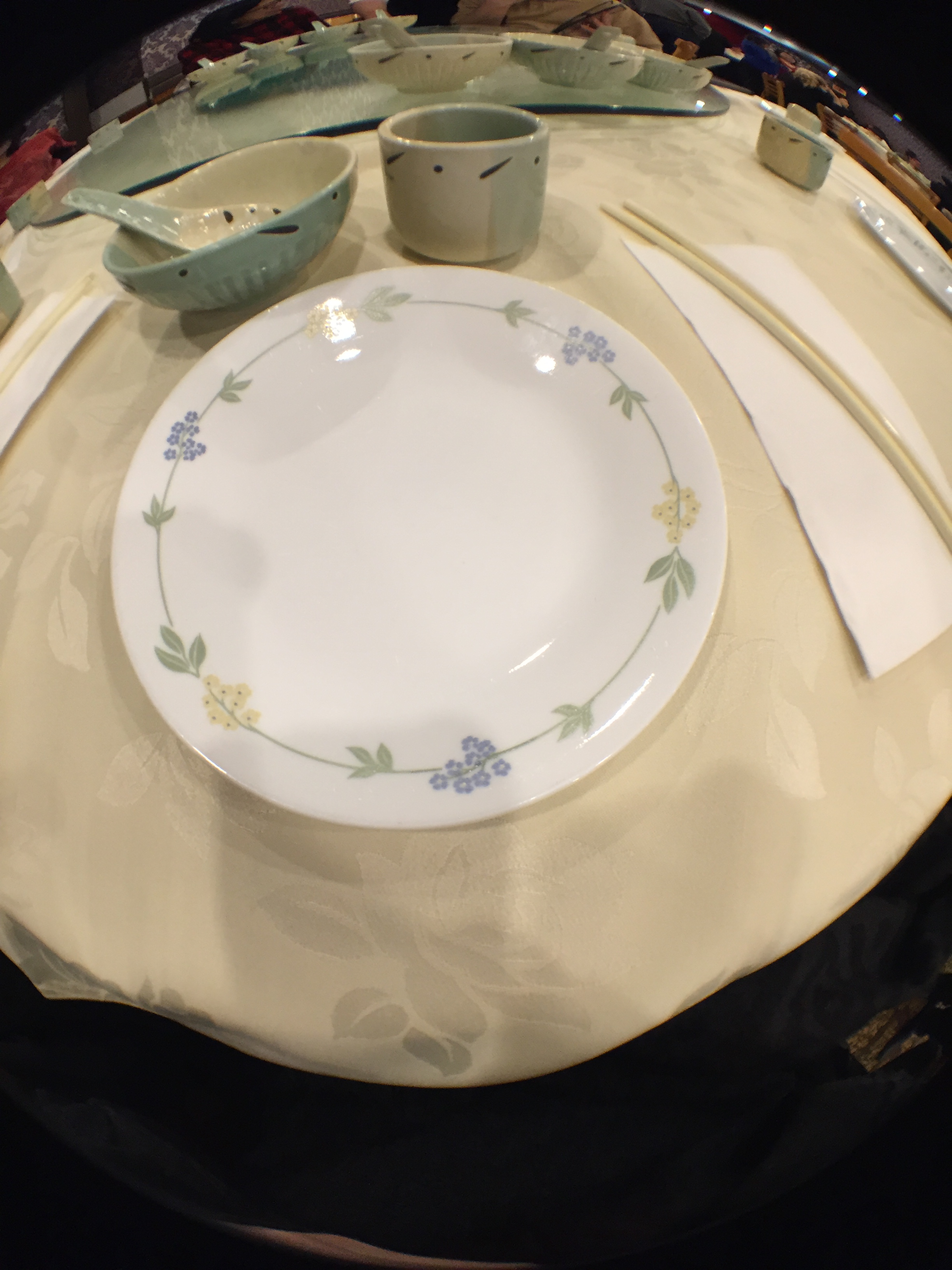 First dish up was Peking Duck!! I rarely eat Peking Duck, and I absolutely love it. I don’t quite fancy duck that much but I do like this combination. 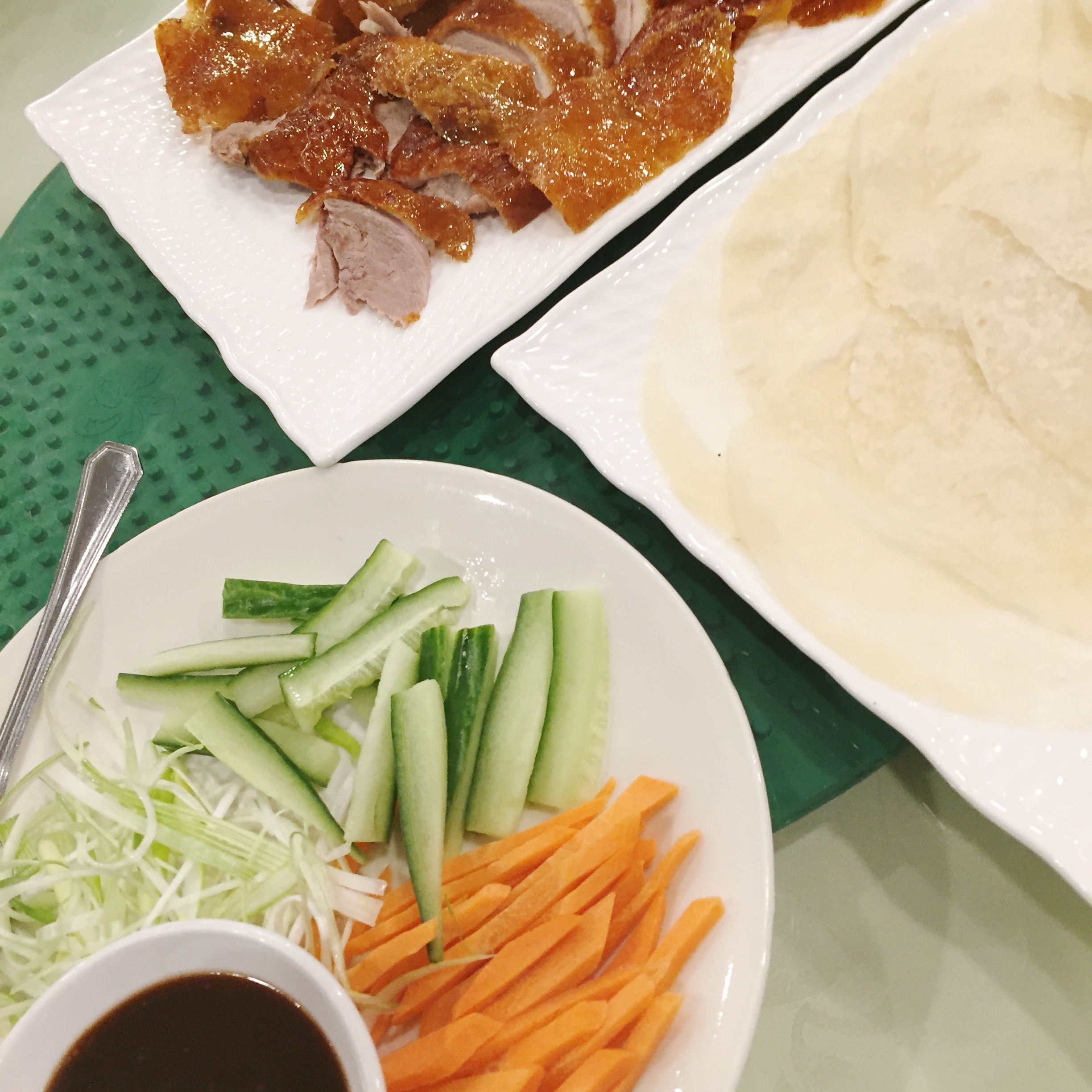 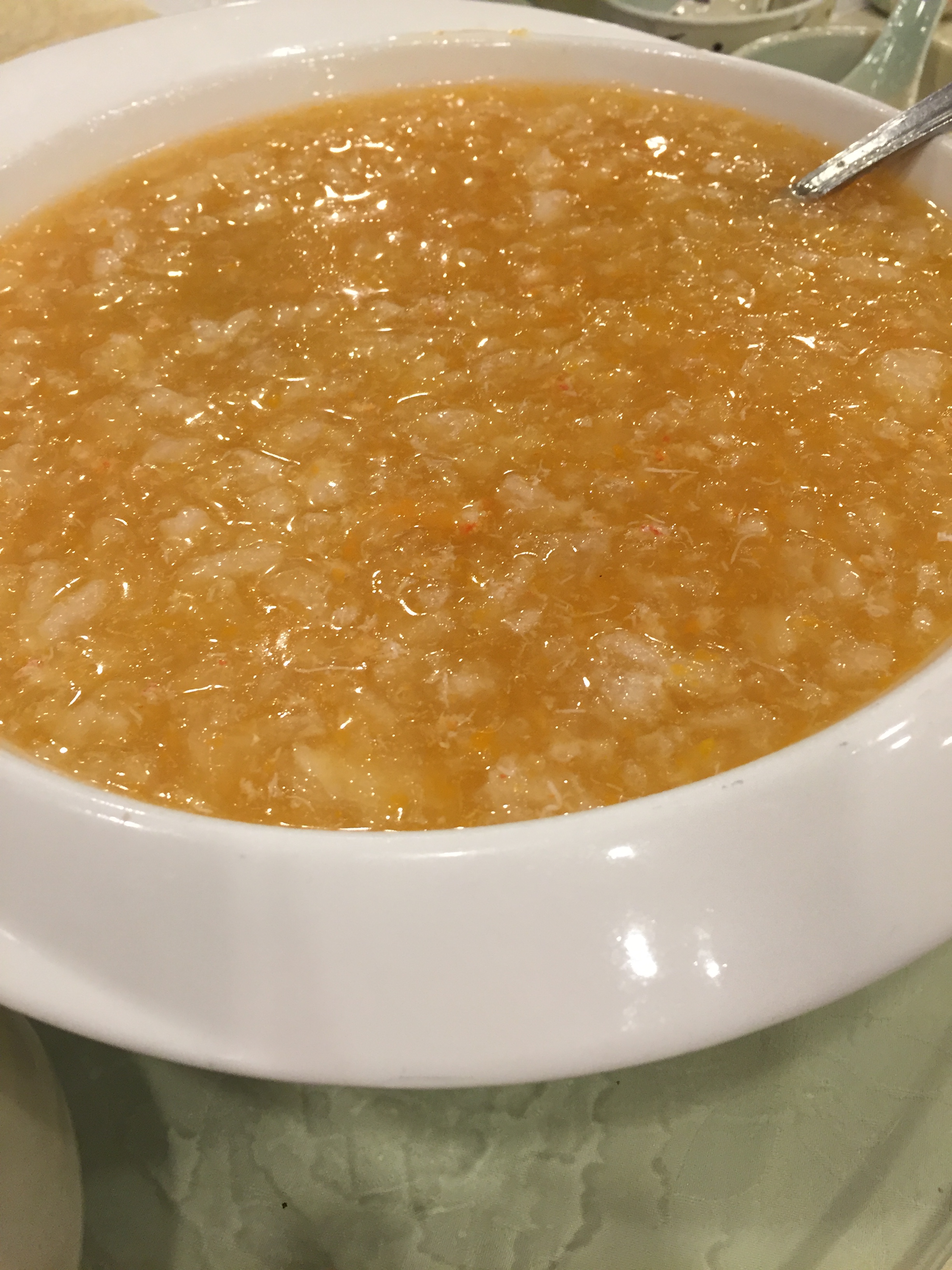 This dish had me fooled! I thought the meat at the bottom was abalone, but it was just pieces of duck meat… sad. Hahaha. It also came with mussels, mushroom strings thingy (barely tastes like anything) and cabbage! Although it has my favourite Chinese cabbage, this was probably the worst dish from the dinner. 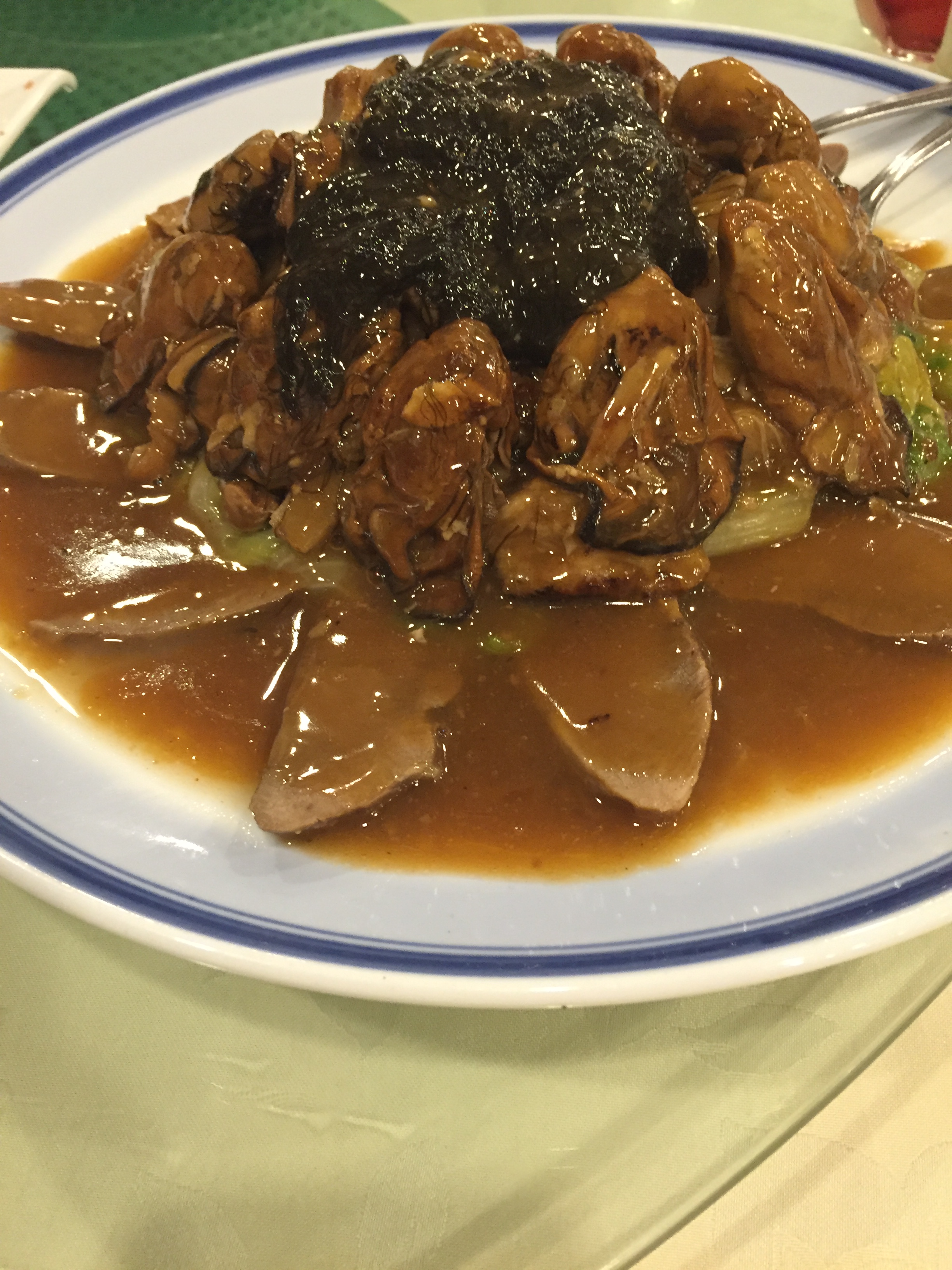 Mussels with mushrooms, cabbage and duck at the bottom

Just a regular duck, mhmm. Yes, the package we got was a “Duck Comboo” which included a lot of duck within the course. 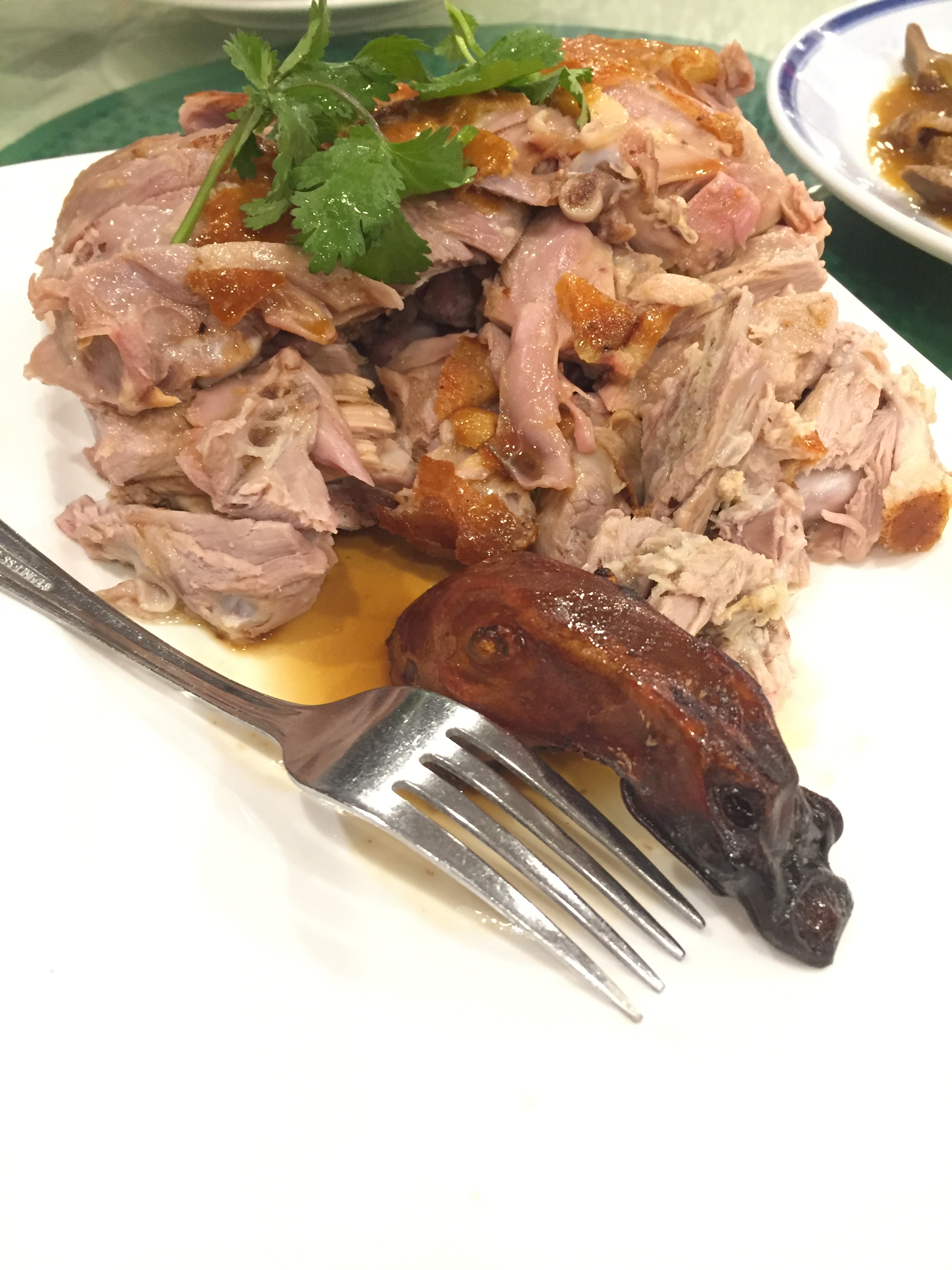 You might notice a reoccurring Duck theme going on here…

Fish! Typical Chinese dish served, although the size of this fish was smaller than most restaurants that I’ve seen. Smaller also means, less meat… 🙁 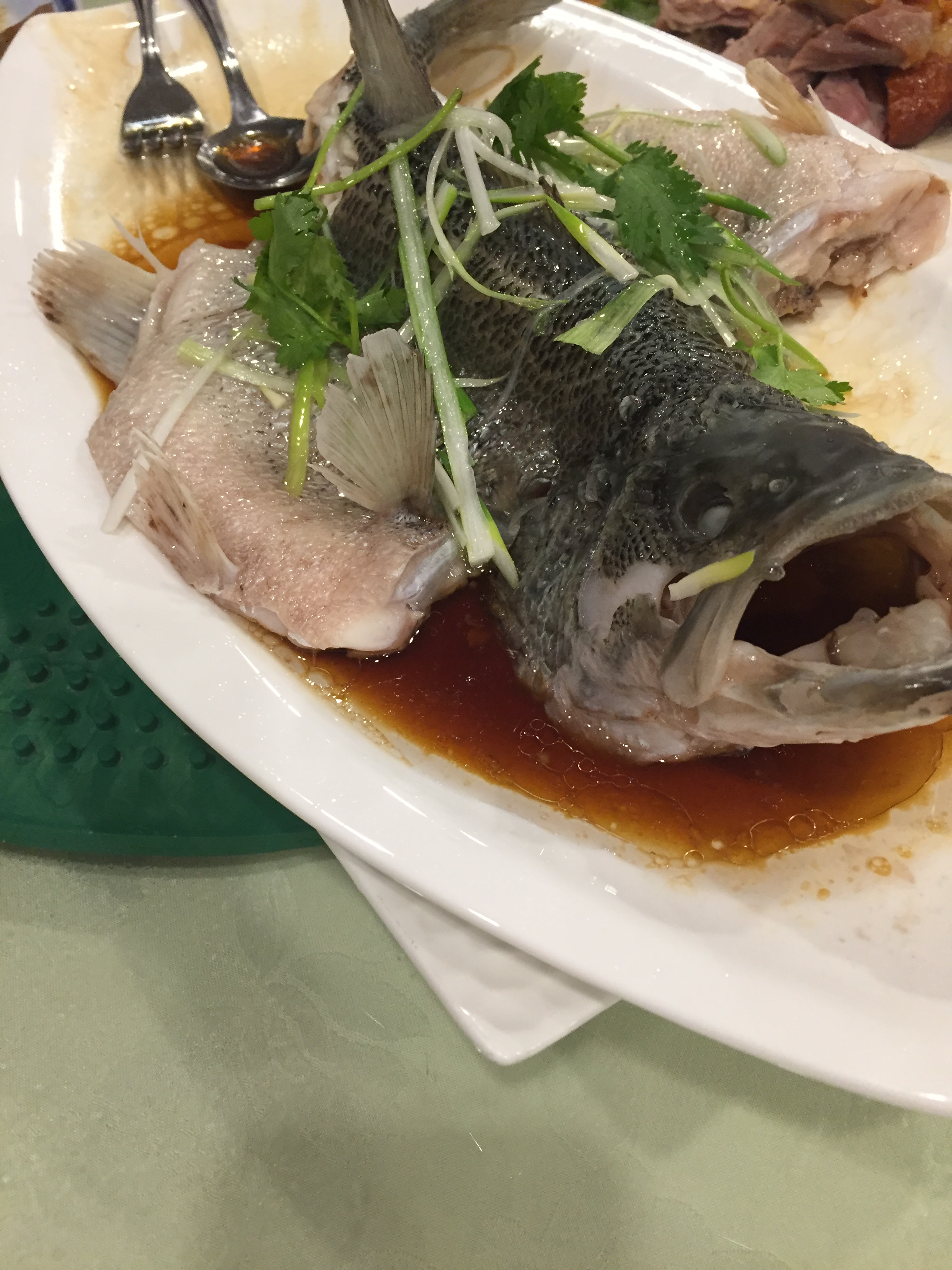 This is a seafood and veggie dish filled with snow peas, scallops, carrots and mushrooms! Simple and definitely a good break from all the meat we were receiving. 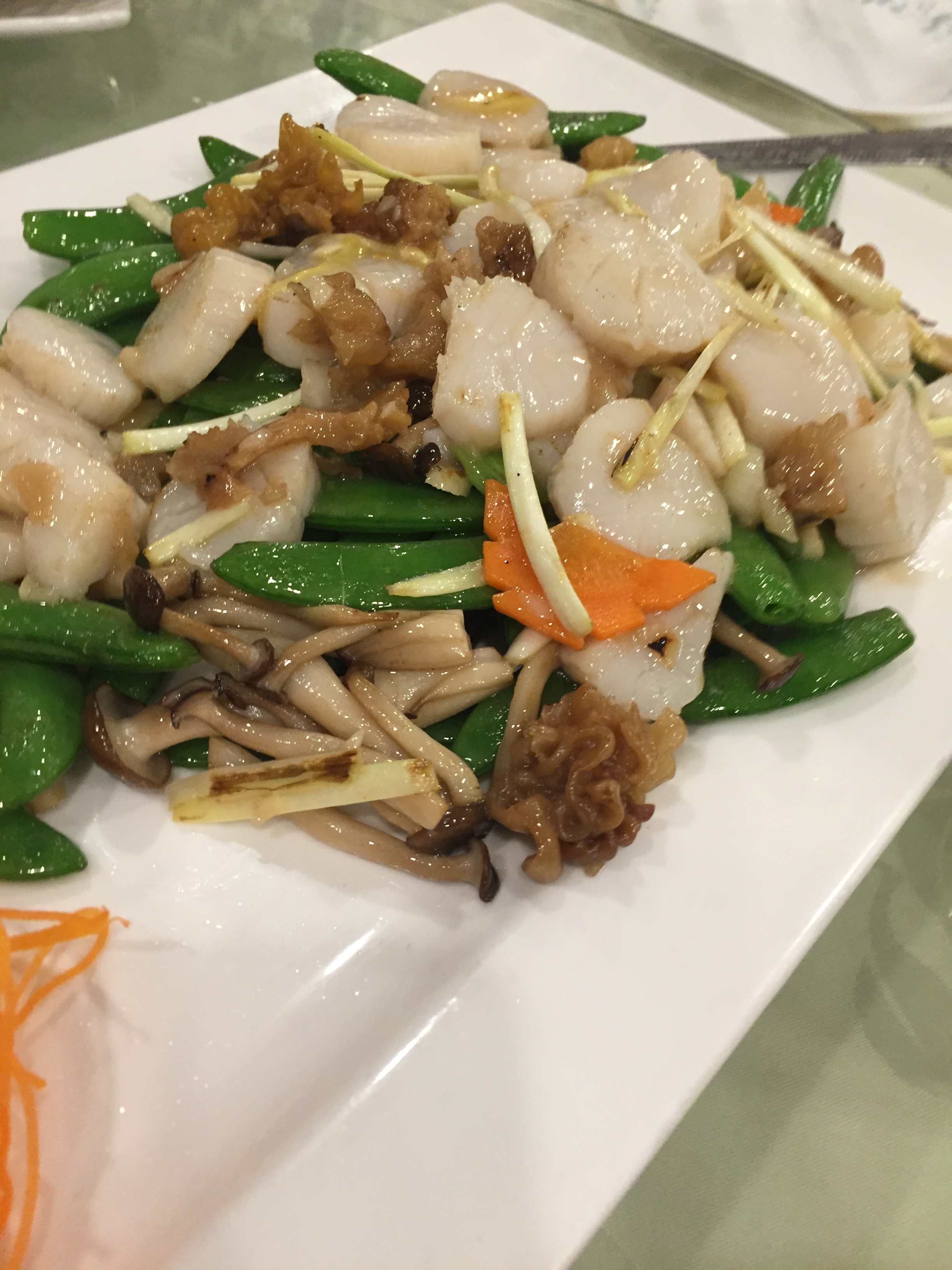 Scallops with snow peas and mushrooms 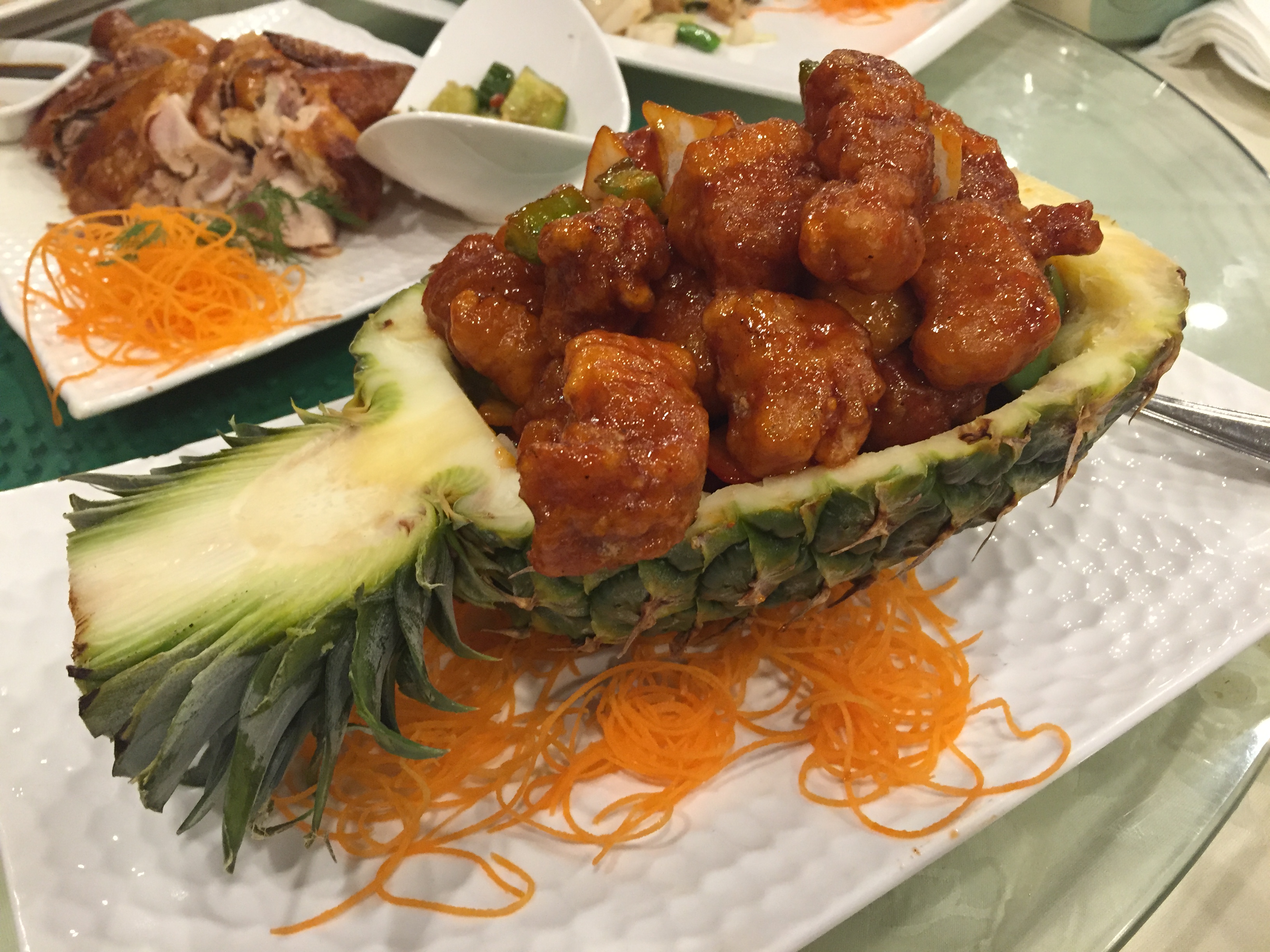 Roasted Chicken in the back, Sweet & Sour Pork in the front

Lastly, lobster!! It was so fancy because they presented it to us in a really nice glass plate that was really extravagant. Although the plate itself was much bigger than the lobster and we barely had enough space to fit it on our table. 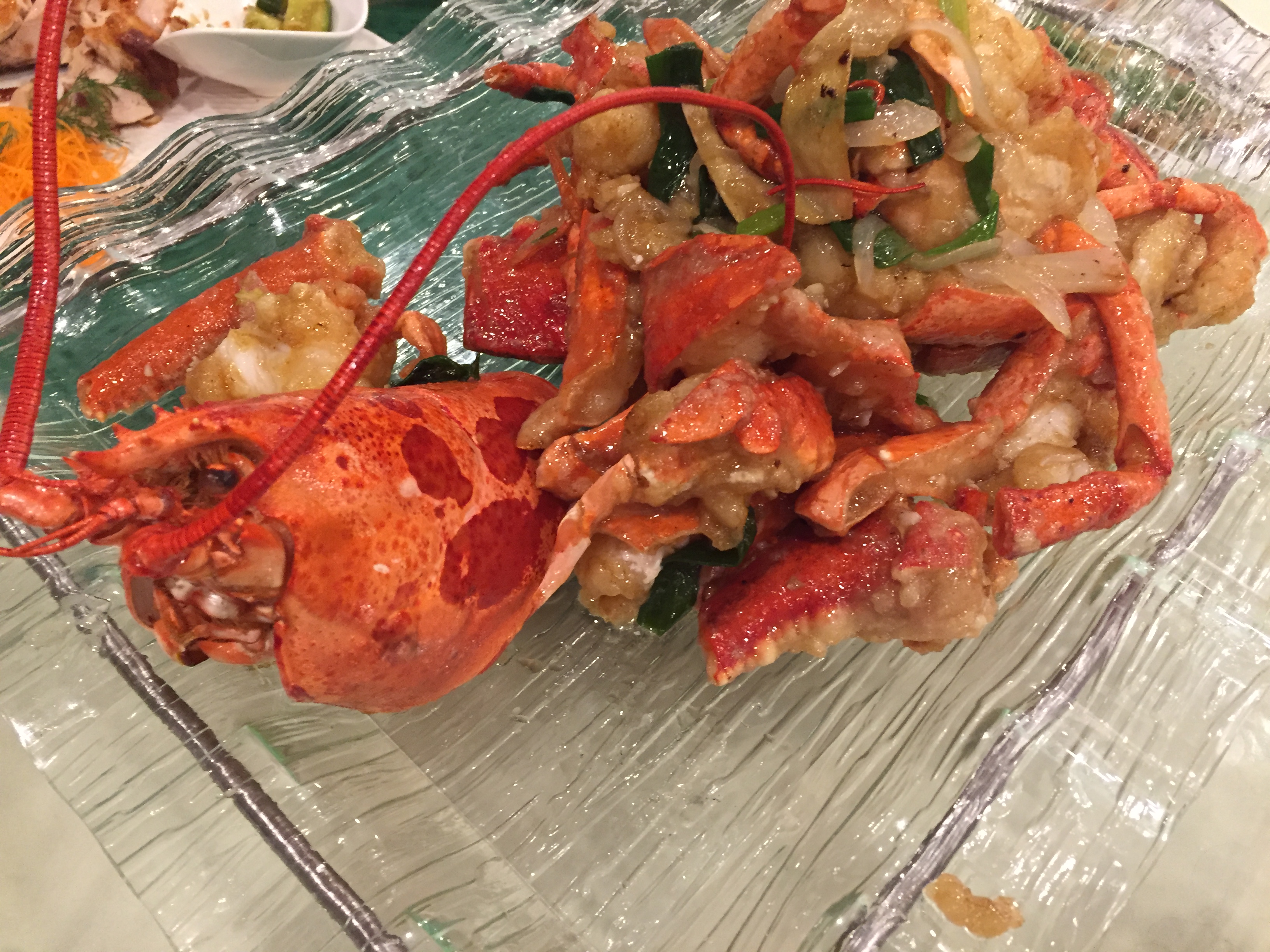 The dessert that they provided for us was Dou Fu Fa or Dou Hua or Beancurd Jelly with sugar… It’s a creamy type of white beancurd, usually with sugar added in for taste. (I have a picture of it in my upcoming post 😉 )

The food wasn’t exactly the bomb here, and their service wasn’t really on point. Perhaps it’s because they had 4 tables of an entire family celebrating their Chinese New Year dinner there. For the price paid, value wasn’t up to par because of the service – had to constantly call the waiter/waitress, and they didn’t take our plates away when our food was done, etc… and food quality was just average in my opinion. Lunch time service was definitely better here when I came the first time, but the quality this time round led to disappointment.

Ending on a good note, 恭禧發財! Happy Monkey year to everybody 😀 !