Chinese New Year was last week, and I had many many feasts, including my meal at Joy Fortune restaurant, hot pot galore (I had hot pot 3 meals in a row) and Dragon Pearl was one of the food places I went to during that busy weekend!

Being Chinese New Year, it was really packed… lots of people were waiting. We managed to book a table just a few days before, so yay to that!

We had a big group of people, and we were lucky to get a private corner. It’s not a private room because there were no doors to separate us from the rest of the buffet, but here’s one side of the room! Just a long table with lots of chairs, and a little bit of Chinese decoration around it.

Since it was Chinese New Year, they also had projectors of Chinese music videos and had Chinese songs playing all around. 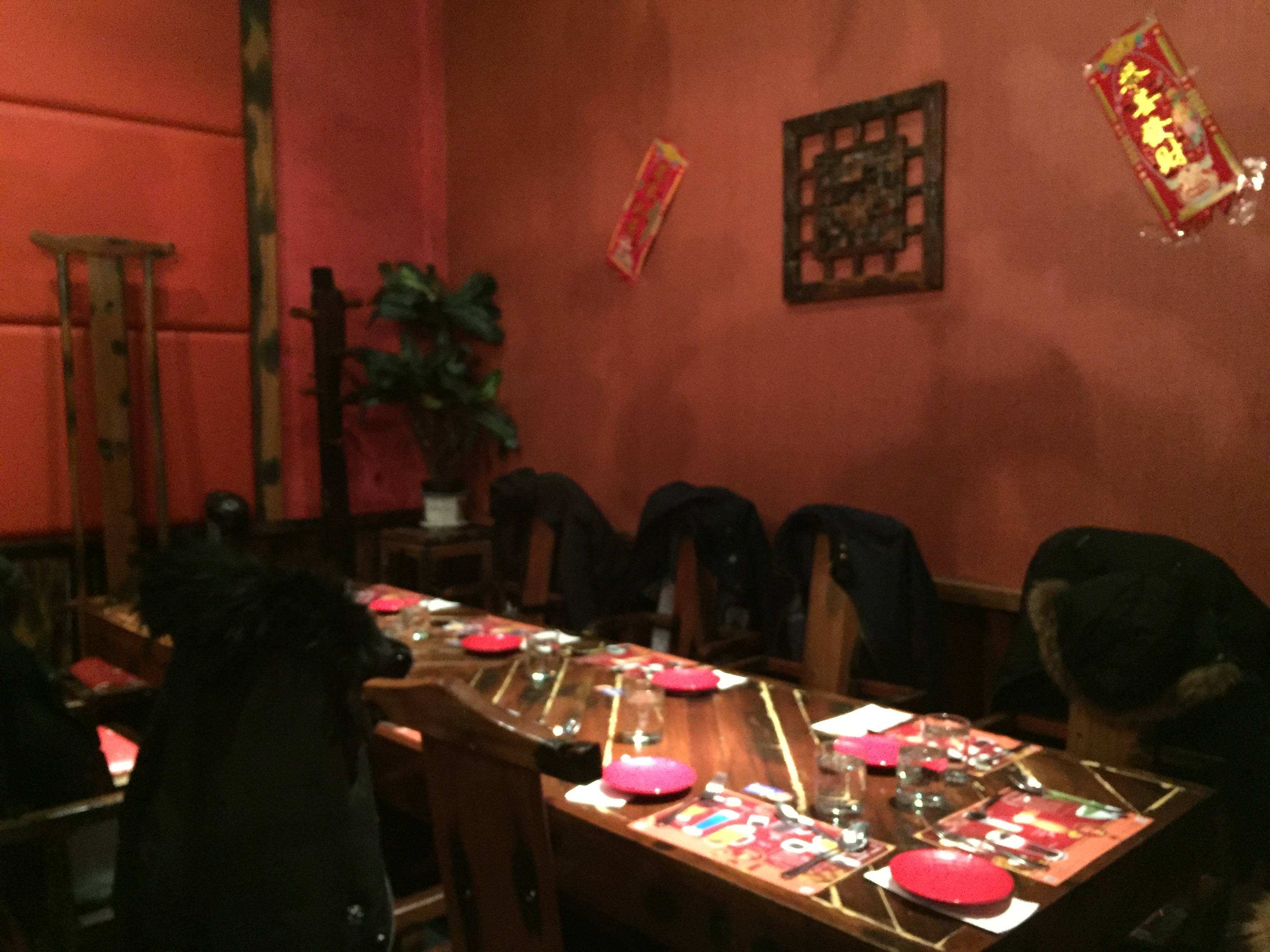 Dragon Pearl is an Asian buffet place! The seating area is really big, with some booths about to spice up from the regular seating arrangements in most buffets.

This is the main eating area – which you’ll walk by before heading to your seats. 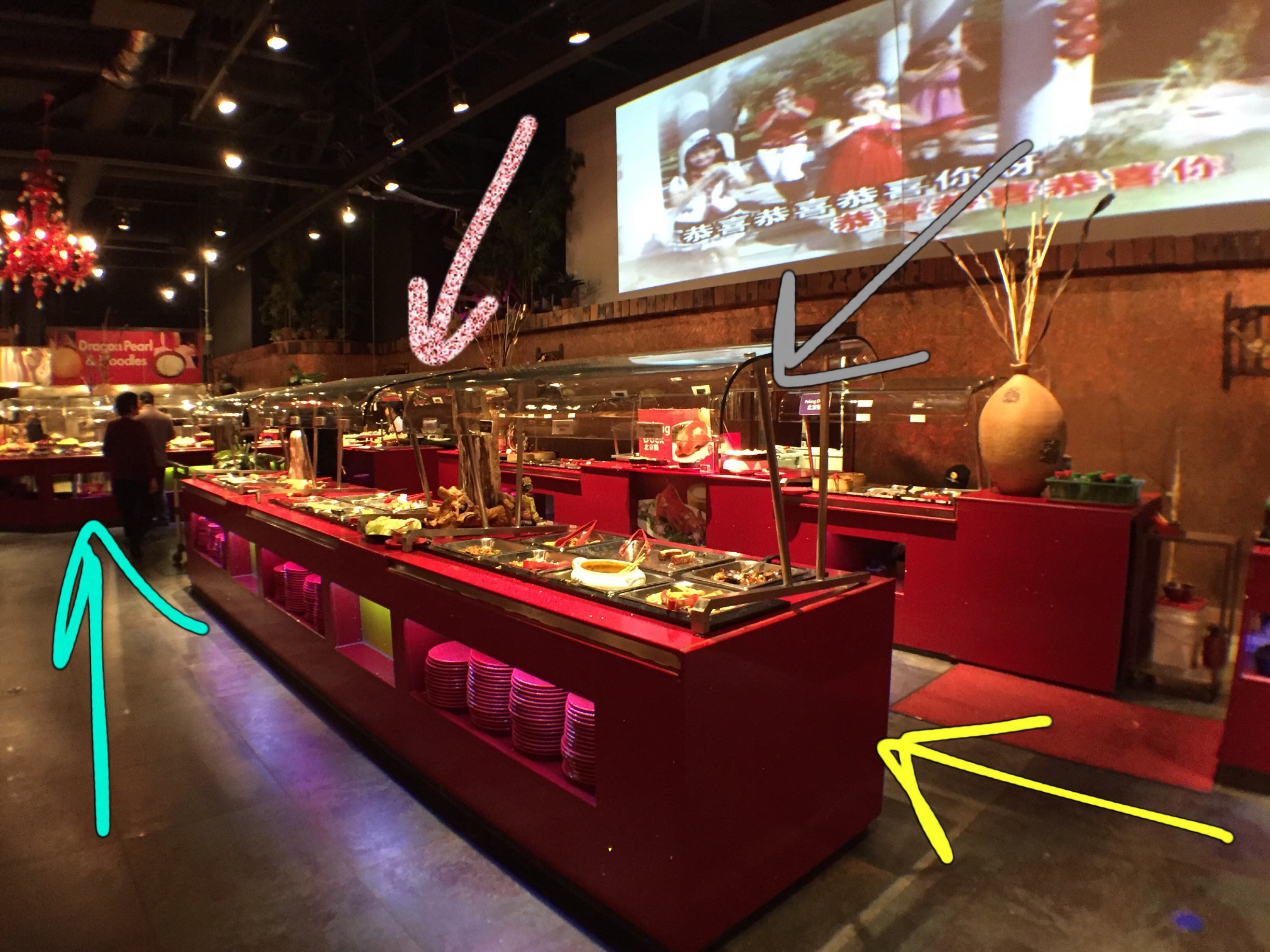 I’ve decorated the picture to indicate more of the food options that they offer in this picture: 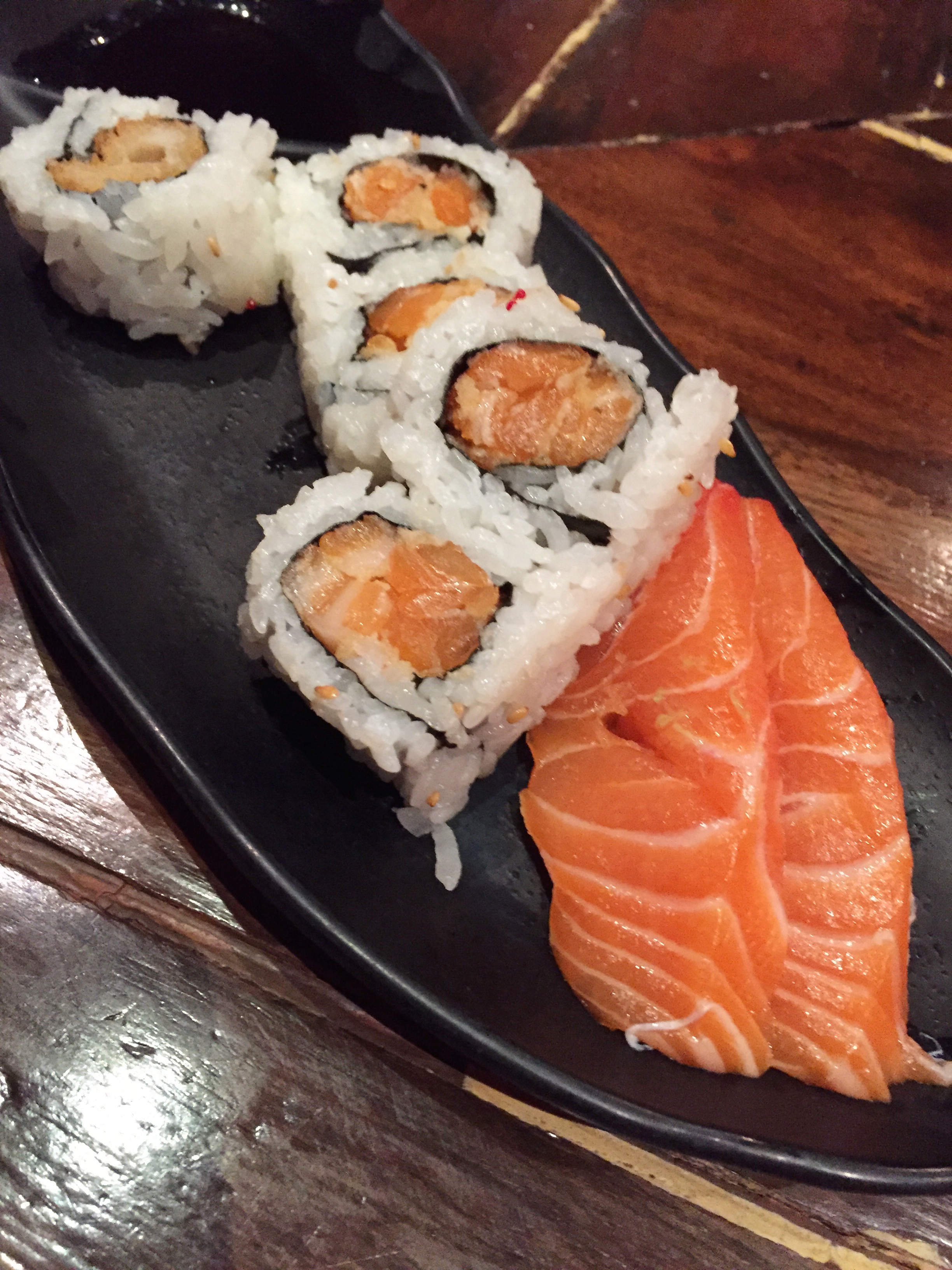 This is another area of (mostly) grilled food! They offer roast beef, grilled squid, mashed potatoes, dumplings, and lobster.

On weekends, each person will get a coupon that allows you to redeem a piece of lobster. My lobster piece can be seen below, along with some steak. The lobster piece is obviously not that big – it looks like a lot but the top part is mostly bone. 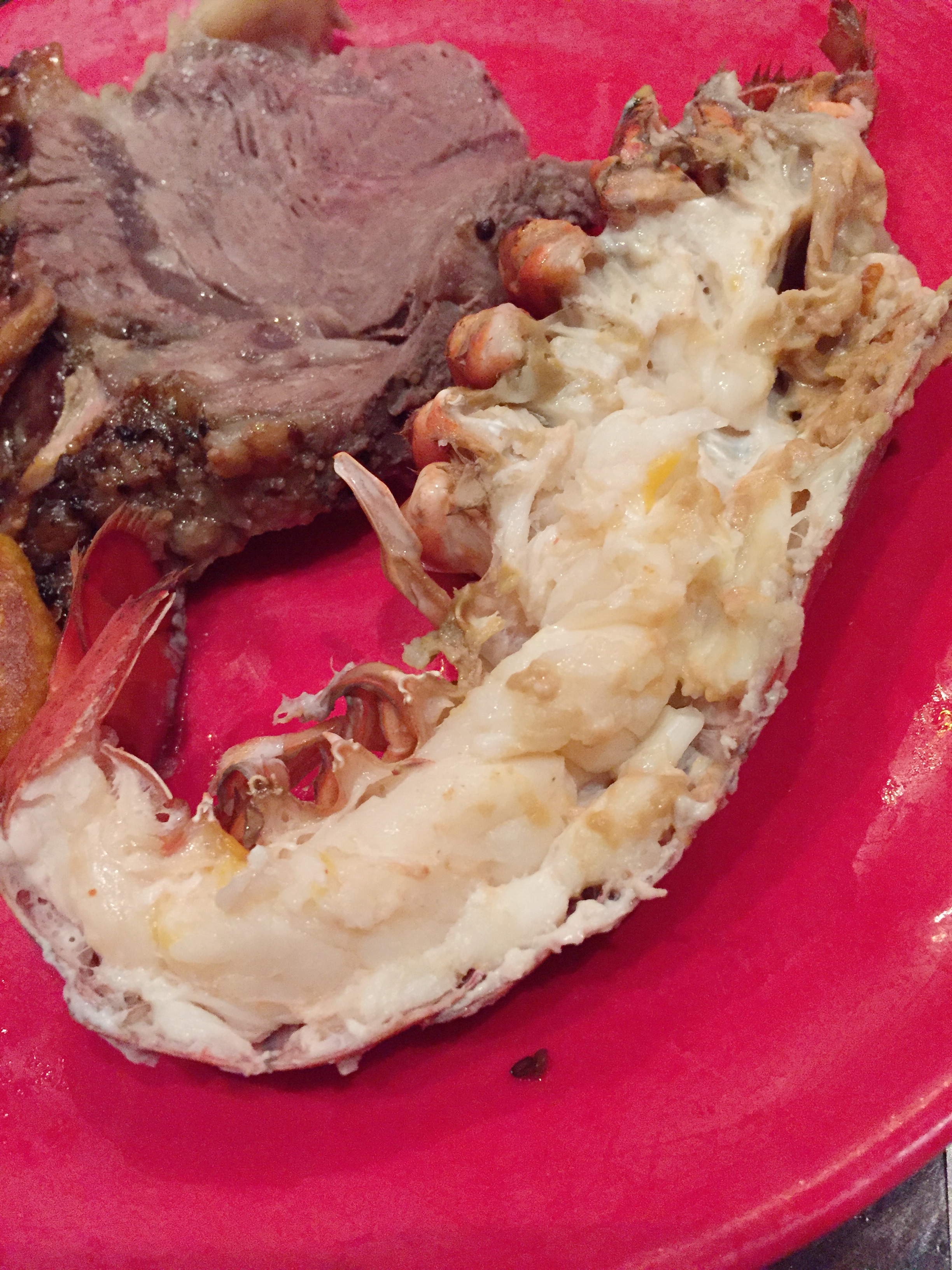 Piece of lobster and meat

As I’ve mentioned earlier while explaining about the Blue arrow, here is your mix and match noodle spot! Choosing the soup base, along with what type of meat/noodles you’d like and they’ll make it on the spot for you.

I chose Tom yum gong along with the minced beef option (the middle one). The broth was so good and spicy, but not a big fan of the noodles sadly. 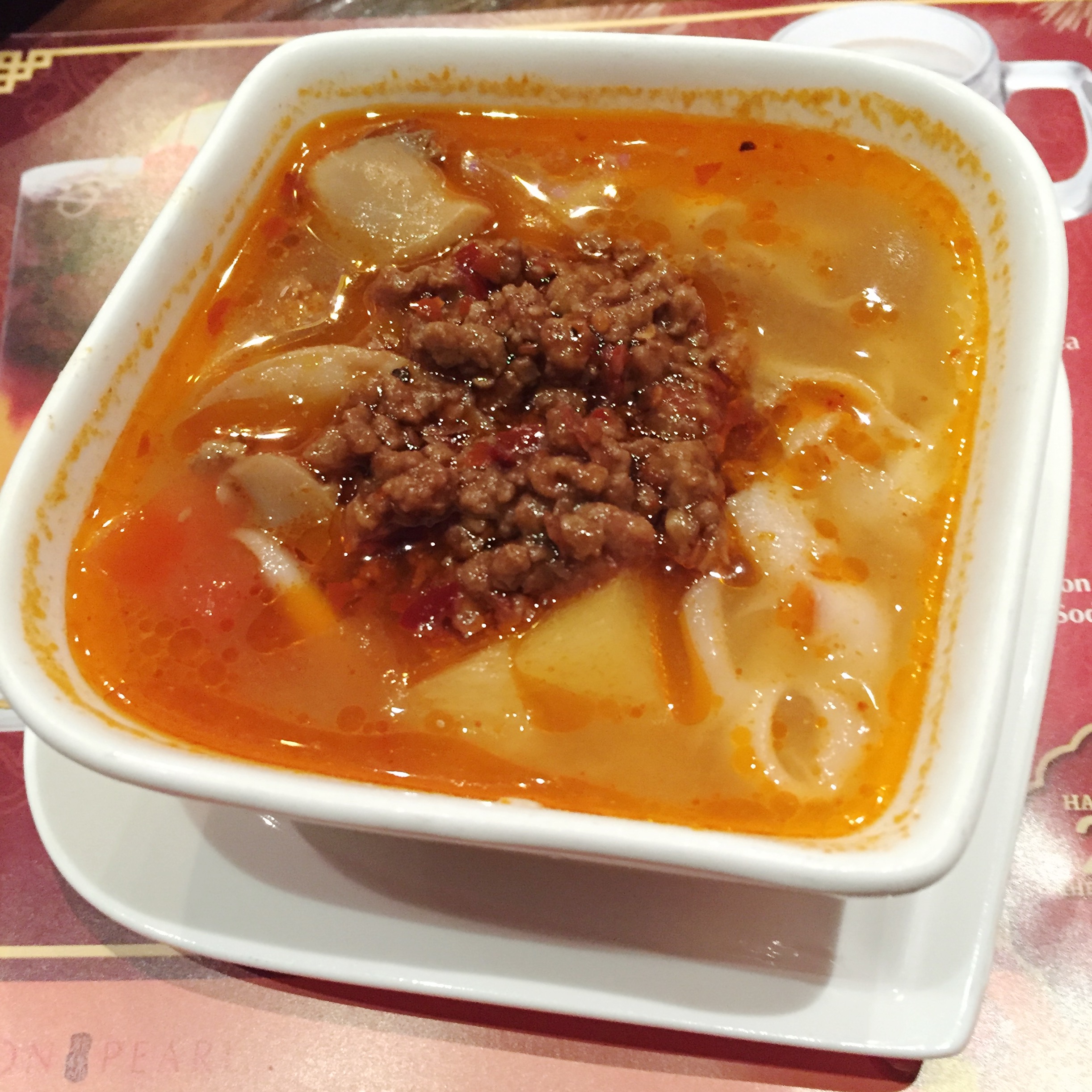 Last but not least, dessert!

They have a variety of cakes, ice cream, waffles and they offer Dou Fu Fa too!

One of my favourite Asian desserts. Dou Fu Fa, or Dou Hua, or simply Beancurd Jelly is basically beancurd mixed with sugar. It’s a simple dessert. Some places add the sugar in for you already, but at Dragon Pearl, the sugar is placed in a separate bottle for you to gauge your own level of sweetness. 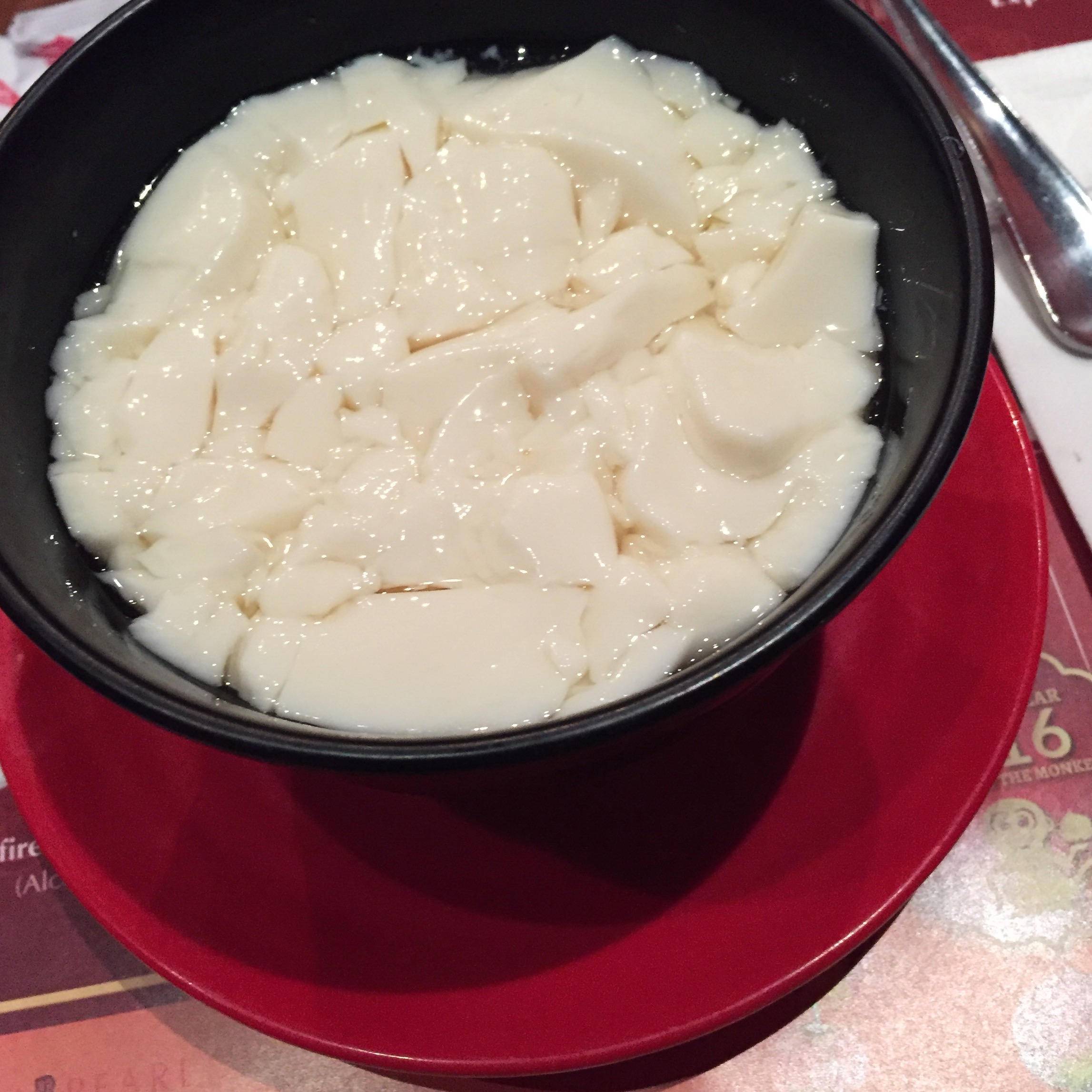 This was the waffle area I had mentioned earlier. You get your own waffles, and put the toppings on the waffle. They offer jam, custard, honey, chocolate and whipped cream. Some people even take it up a notch by adding ice cream on top of the waffle. 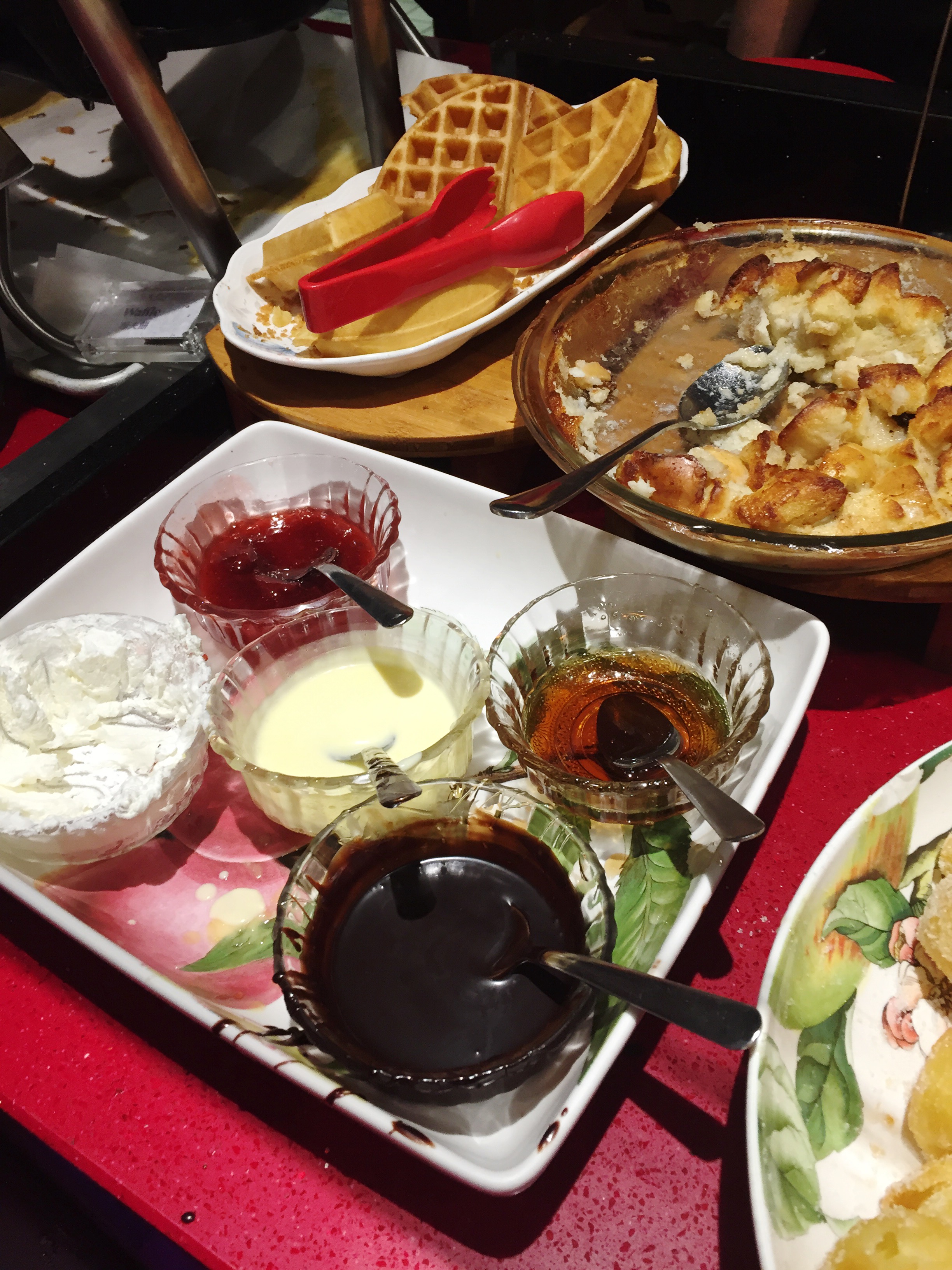 Vanilla ice cream shot with my new fisheye lens that I got recently. These lens are my new babies and am excited to use them whenever I can! Strawberry, chocolate, mango ice cream flavours that were being offered when I was there. 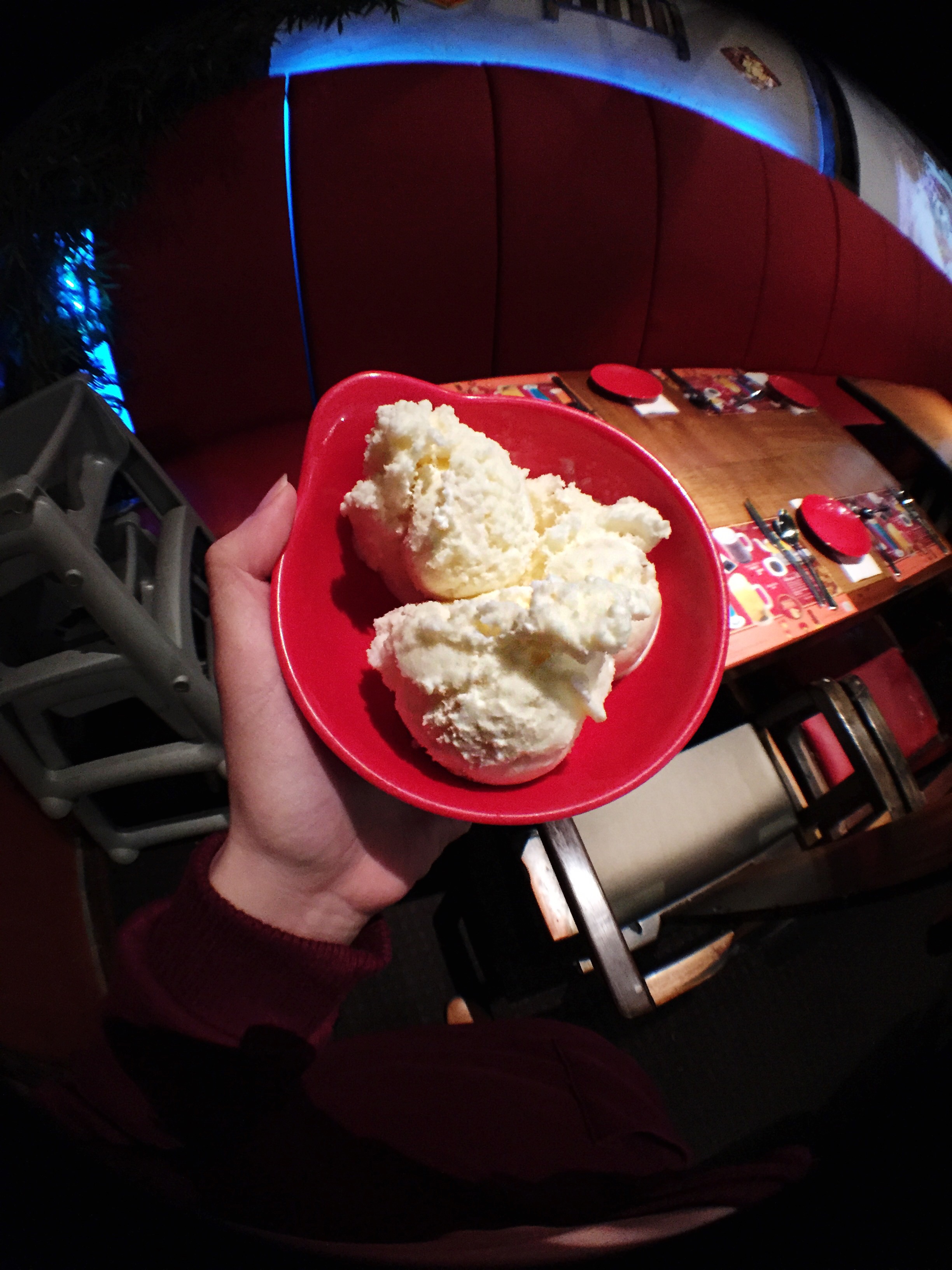 I was super full at the end of the buffet!!
The workers were efficient at refilling our waters and picking up our finished dishes. They kept checking into our area pretty often.

As usual, fortune cookies were given at the end of the meal and we went on a busy weekend, so I think they bumped up the price. So did every Chinese restaurant in the city, because they know that they’ll be busy that weekend.

Overall, I enjoy this place better than some of the other buffets like Mandarin, but I prefer their sister store Dragon Legend compared to this location!