After several deliveries from here, I have finally visited inside this Swiss Chalet location after sooo long.

We arrived about 6PM and it was so packed, quite a number of people were waiting for seats. But everyone was seated quickly, and this was within 10 minutes when we arrived.

We got a booth and was greeted fast by our waitress. Wasn’t expecting to be that fast paced within Swiss Chalet, but then again… we came during peak hours. 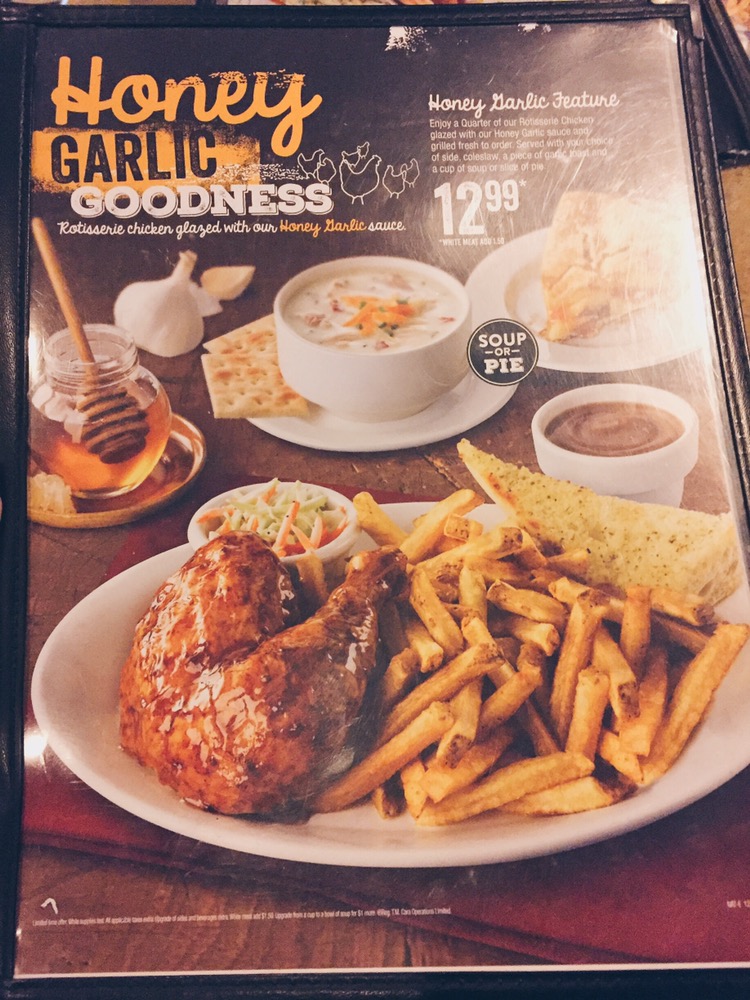 Swiss Chalet is known for their chicken, so the quarter and half dinners are quite popular here. But they have options of fish n chips, pasta and ribs.

We ordered quite a bit, to say the least. M ordered the Honey Garlic combo on the cover of the menu, D ordered the double leg dinner, half chicken dinner for me and also ordered an appetizer and 20 wings to share within all of us but was more dedicated towards J & B. It was more of a sharing type of dinner, hahaha.

While repeating all the orders to the waitress, I was interrupted by another server who wanted to collected the menus – but I was clearly ordering and pointing to items on the menu so I was confused/slightly annoyed when he tried to take the menu from me. I was too busy ordering to notice him before until he tried to take mine. My waitress politely told him I was ordering and then he waited.

After ordering and giving in my menu, not sure if the waitress was going to repeat the orders back to me so I asked her to repeat it as soon as I was done ordering because she put her order pad away. For the record, it was loud + guy interrupted my ordering session + we did order a lot and I just wanted to be sure she got it all down.

Soup from the combo meal came first. It was a creamy chicken soup. It was decent. The soup also came with crackers.

This was the appetizer B wanted to try. It was a stuffed garlic cheese loaf. It was alright, but wasn’t worth it imo. For some reason, I thought they had stuffed it with some vegetables or meat, instead of just cheese.

M‘s order of Honey Garlic combo! Surprisingly, the chicken was smaller than we thought. So was the coleslaw. The gravy for the mashed potatoes was really strong and sweet. I barely sampled the gravy off my fork and could already taste the sweetness. 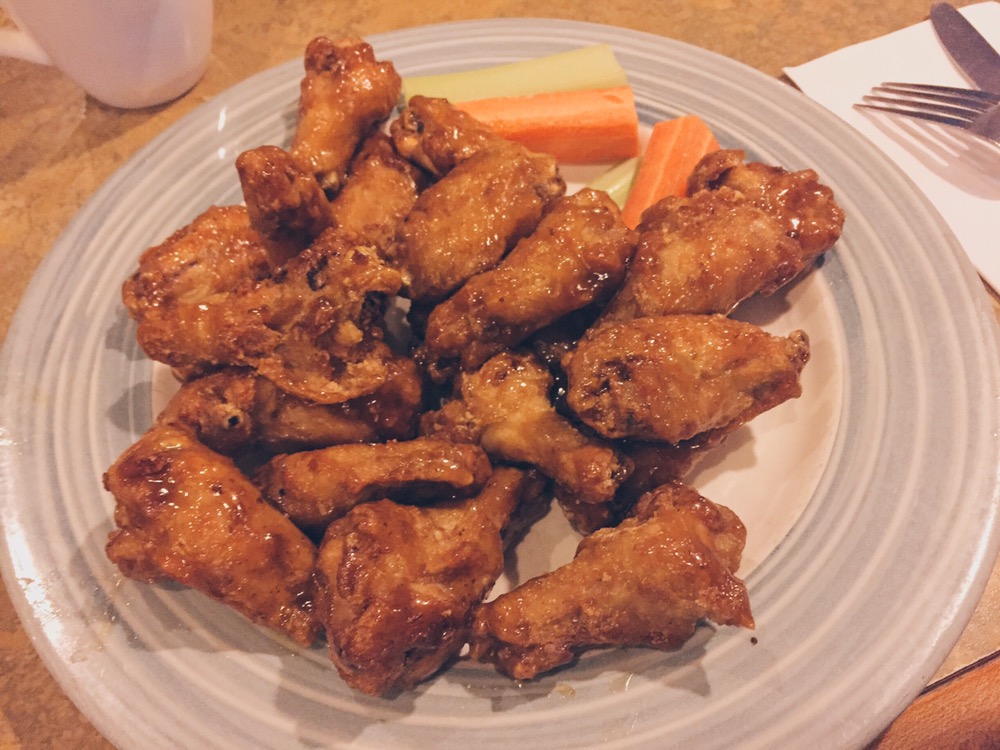 Wings of 20 came, and we ordered with Honey Garlic sauce. We didn’t count how much there were, LOL… But it was a lot and filled us up. I ate like 2-3 pieces and it was yummy! Came with like 2 pieces of carrot and celery each, which I thought was a pretty cheap move. 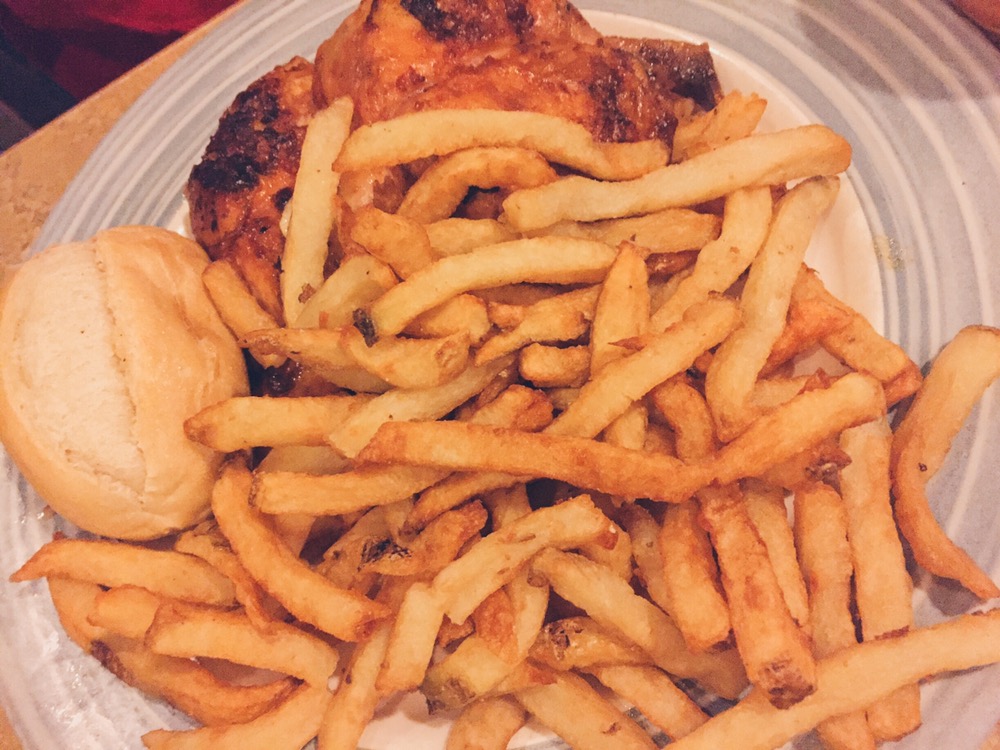 This was D‘s double leg dinner, as it is, with fries and a bread roll.

My half leg dinner is more than enough for me… was way too big. And my coleslaw was given a lot too! They gave me a regular roll instead of garlic bread so I mentioned that to them. They gave me a garlic bread on another plate but it barely look like it had any garlic or olive oil/butter on it…

Either way, I had a great time at Swiss Chalet with the company I was with. As a family casual restaurant, their service is really fast and quick. We were basically in and out within a hour. We also managed to see a birthday celebration going on, where all the workers had to sing the birthday song and stuff. Some other places like Boston Pizza does that too.

If you want something fast and casual for the family, Swiss Chalet is probably your best bet. This location is also pretty busy, and there is one by Victoria Park and Sheppard too – which I’m assuming will be less busy.