Nothing better than take out when you’re not dressed nice enough to eat out, hahaha. With sweats on and a cap, I wasn’t feeling like sitting and eating in a public area. So we got take out instead! 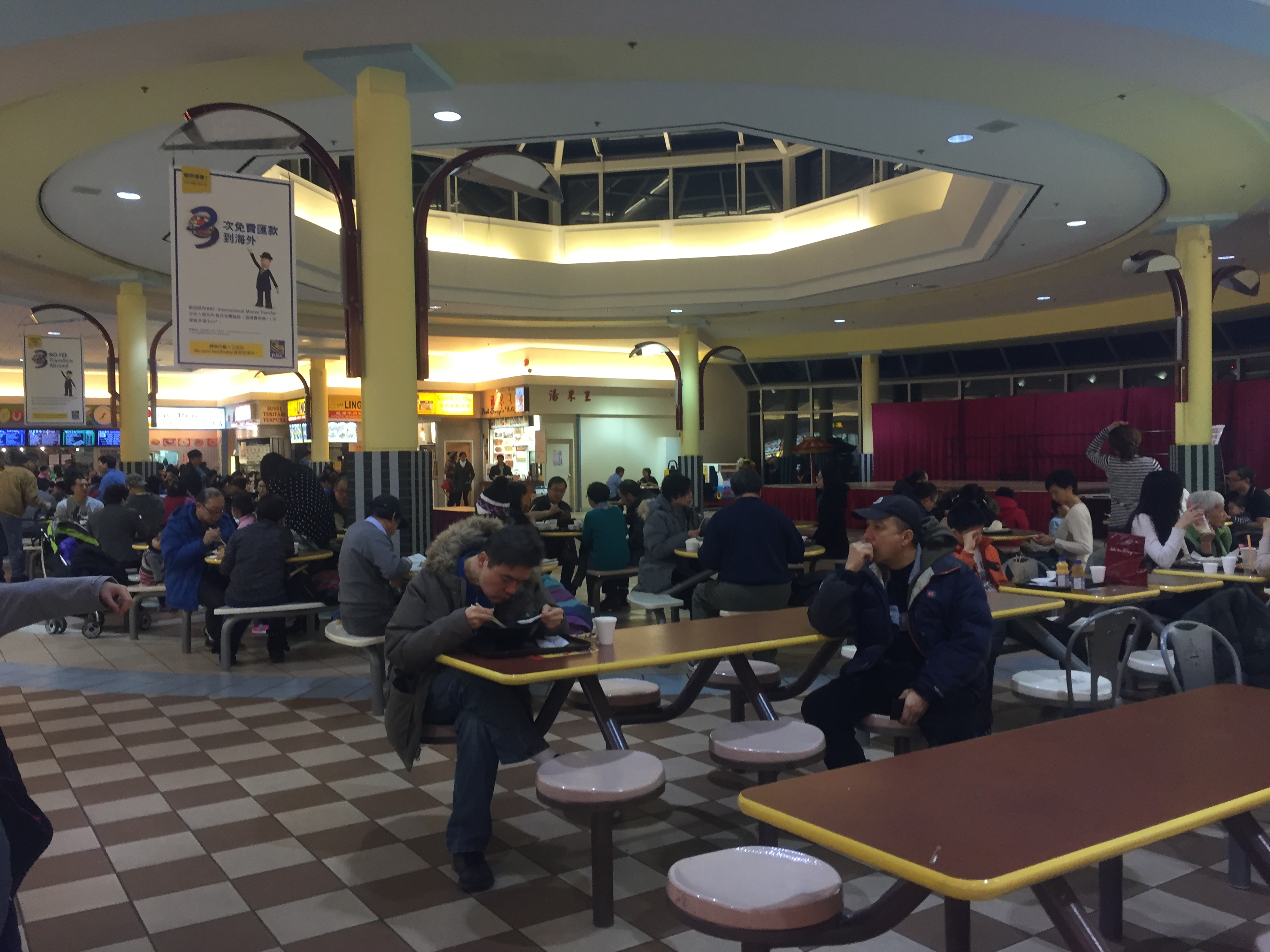 I’ve came here a few times and it’s a family owned restaurant. The owners are both really nice and sweet! They can speak both Cantonese and Vietnamese besides English, so it’s good to be able to communicate with them in Cantonese and get to know them a bit better (since I don’t know Vietnamese at all). & I believe they’re open half day on Wednesdays. 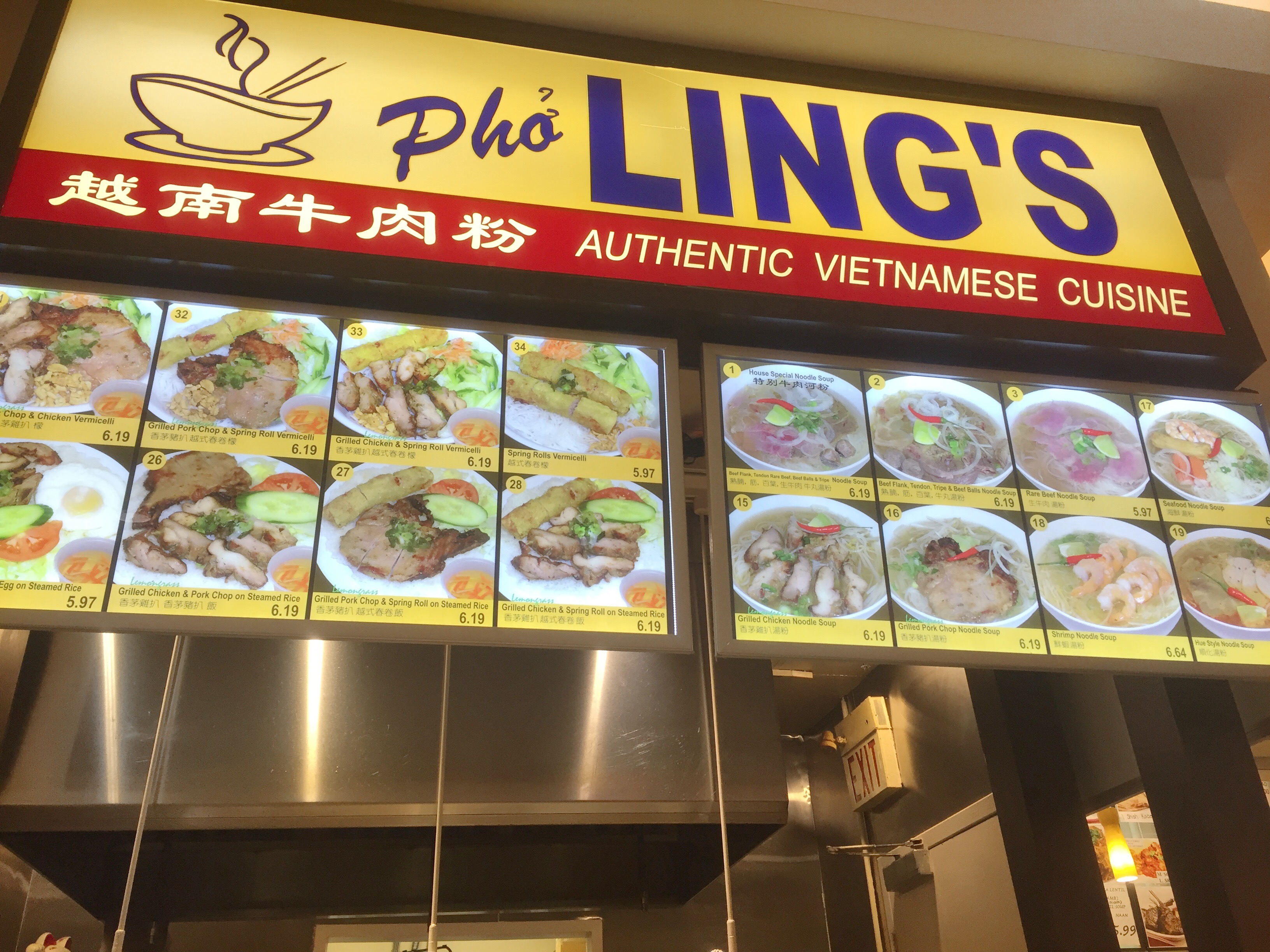 The taste of authentic Vietnamese food can be noted compared to some of the other places that I’ve been to. Plus the price range is pretty cheap too, because it’s from a food court instead of a restaurant. I always get full from eating here, totally worth it!

We got bun cha gio which is #32 (I believe), it’s the grilled pork chop and spring roll vermicelli dish. 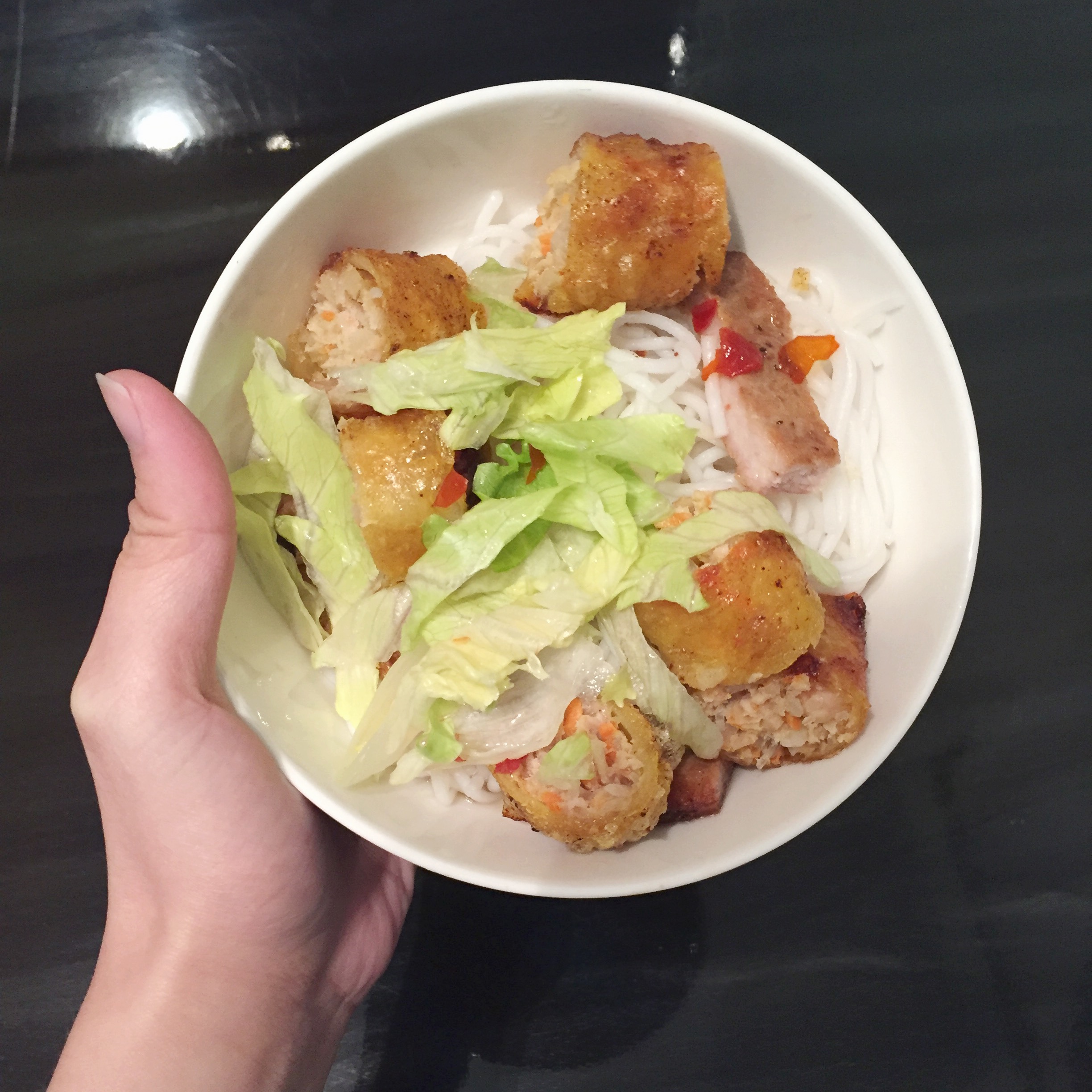 After sorting out our takeout in a bowl… yum!

So it’s just lettuce or sometimes cucumbers, spring roll and grilled pork on vermicelli noodles with fish sauce on the side. It’s up to you how much fish sauce you want in your dish, but I like wet noodles instead of dry noodles so I tend to add more fish sauce than a usual person I guess. I just cut up the spring roll into smaller pieces, whereas the pork chop was already cut up for us.

Pho Ling’s also serves Pho, Bun bo hue, several other noodles and other rice dishes. You have to try the spring rolls if you come to Pho Ling’s – a must get! / super duper highly recommended!