From Tiong Bahru Market, Teck Seng Soya Bean Milk sells out fast!! They usually close by the afternoon because of how fast they sell out… Plus, this store has been here for ages, with multiple articles showcased on the outside of his store… It’s no wonder they have people lining up. 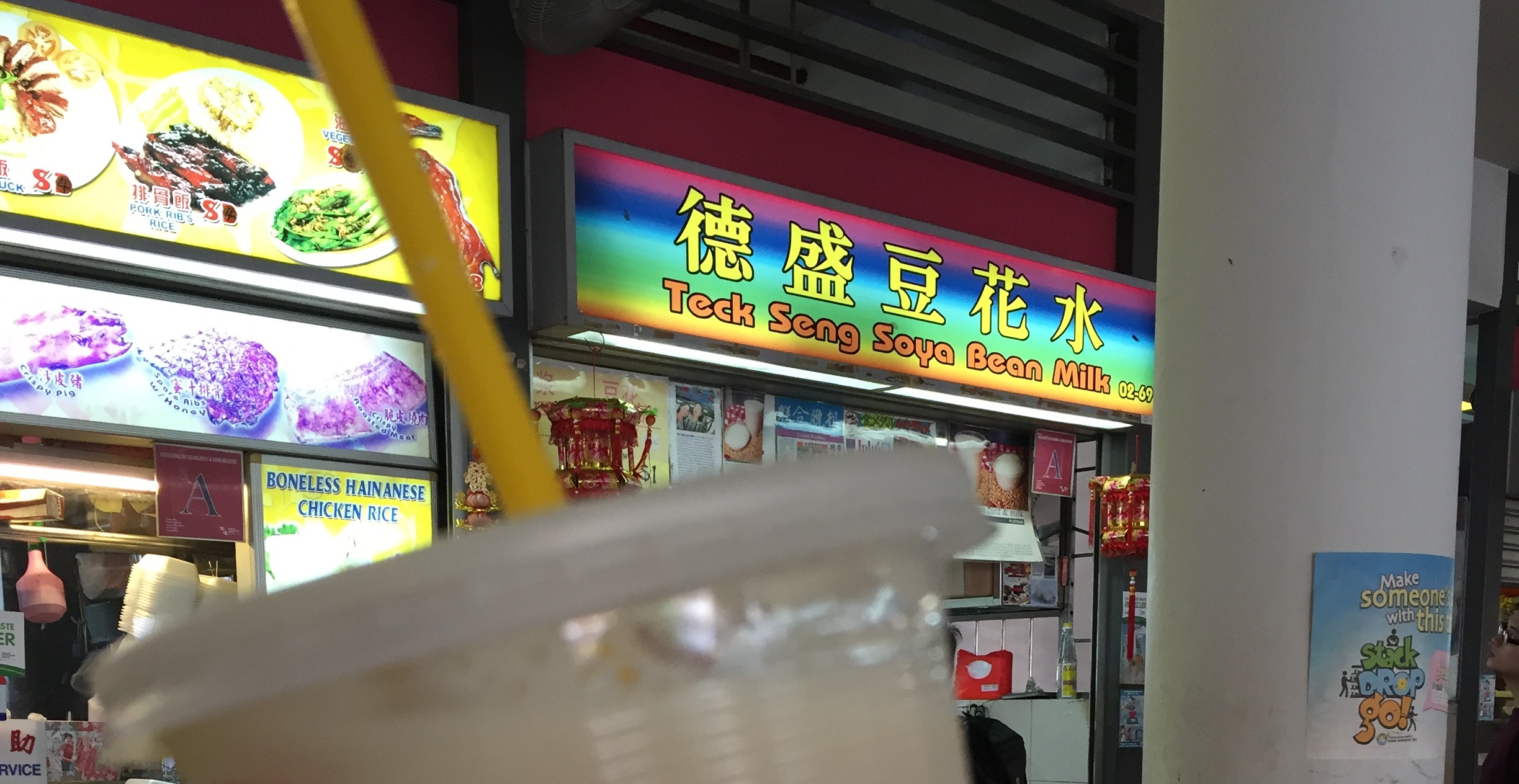 Lucky me, I got mine when there was no queue at all!! I also grabbed their soya beancurd as well – super yummy and cooling after putting it in the fridge for a bit.

As you can see the queue growing more after getting my drink… I was happy to not have to wait for my drink because of perfect timing. No doubt that the soya bean tastes delicious! I had tried a soya milk drink from another store because Teck Seng wasn’t open, and the bloody thing tasted watery…
But felt total satisfaction and redeemed Soyabean for me, after drinking from Teck Seng the next day!

If you wish to get this Soyabean goodness, be sure to come early as they usually sell out by the afternoon! Teck Seng has also ruined Soybean for me everywhere because no where will Soybean be as smooth and rich as this.