I’m finally made my own trip down to Love Me Sweet to grab more of their cheesecakes! 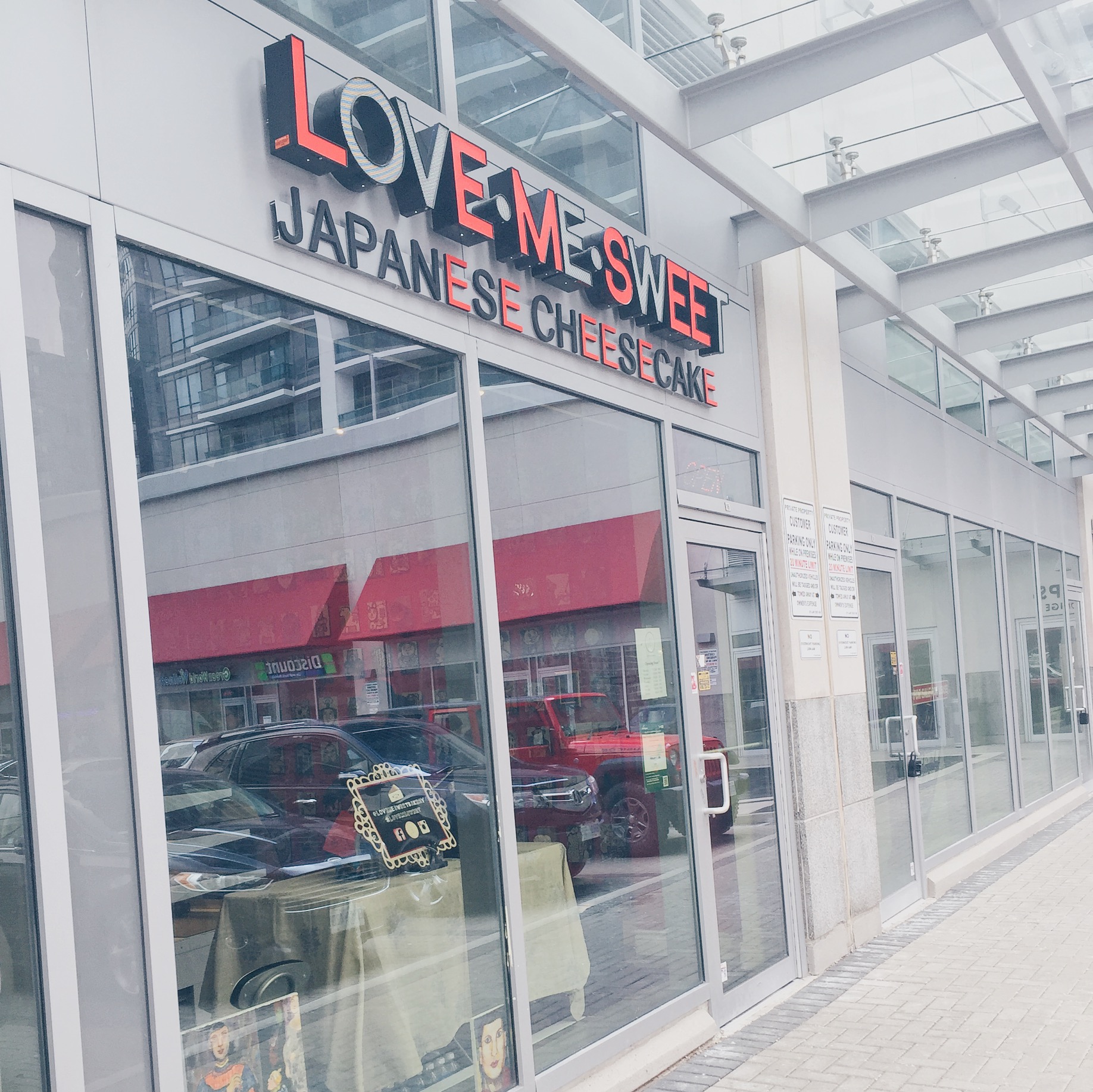 Initially I had thought Love Me Sweet was in a plaza, but it was actually situated in a really tiny area, in the middle of surrounding condos.

Needless to say, I almost missed the turn to go into the location and parking sucks here. Small tight limited spaces, especially if you don’t know the area and only see the ground level parking infront of the stores. I was lucky to get one after circling around twice.

I’m pretty sure there’s another parking area somewhere as inside the Shops of Yonge, there is a huge grocery spot on the bottom level. 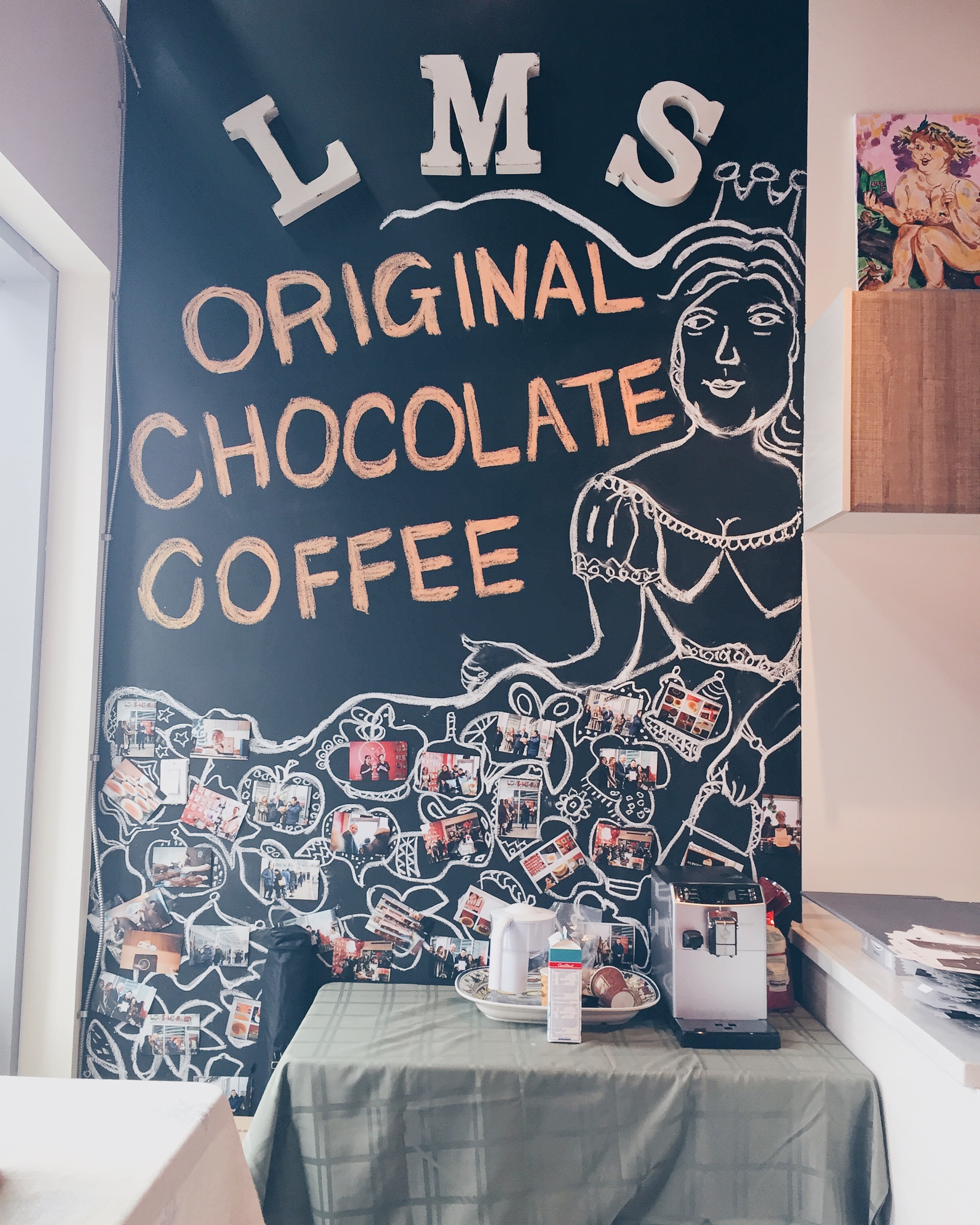 Mural on the left when you first step in. Tile decor on the side of the walls – Super cute!

It’s a tiny store, pretty much a get-in, get-out type of layout. Not much of a lingering space nor menu besides that big mural on the side of the counter. Their wall tiles are super cute that gives the plain red wall a pop of colour and catches the eye of consumers.

As I went into the store, I was greeted quickly. The cashier (who I also think is the owner as he was dressed differently than the others) nicely told me about the menu and have said that they do not offer the coffee flavoured cheesecake that day.

Beforehand, I was debating on getting either the chocolate or coffee flavour since I had never tried them both. But since they didn’t offer the coffee, I got the chocolate cheesecake instead.

I felt pressured to order fast as he was standing there waiting for me and there was no one else in the store. Could be just me and my anxiety/feeling/weirdness..
I ordered, but felt like I didn’t have the time to really look around the store.

Service was fast as the cakes were already prepackaged so the process was really quick. I felt like it took longer to find parking compared to my time in the store itself. 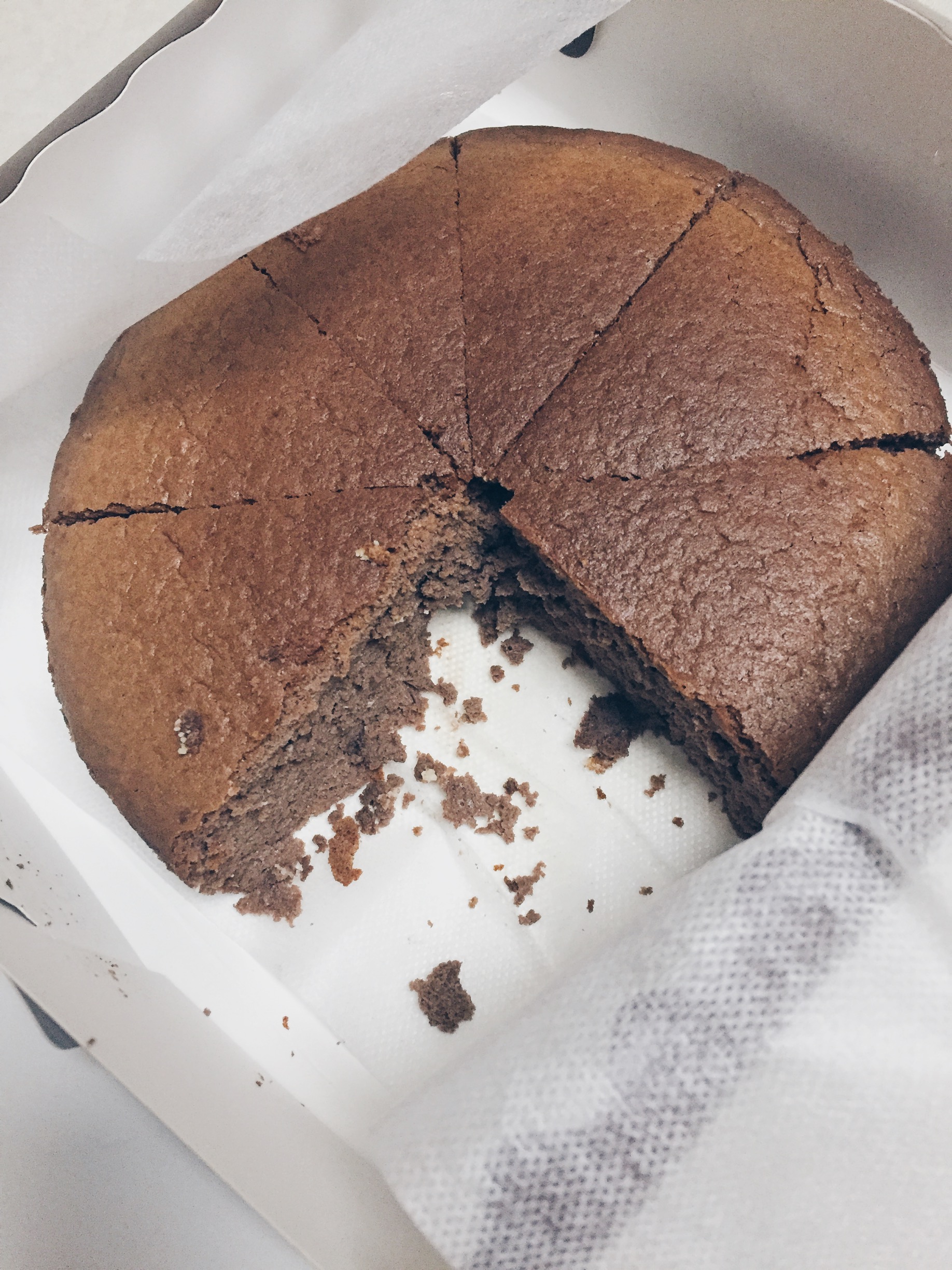 Also, all of the cheesecakes did not have their stamped logo on the surface of the cake as compared to last time. At times like this, it makes me question the store’s consistency with their product, especially since they are a hot business right now.

► Read my previous review of Love Me Sweet: Here