Being nearby, I’ve decided to check out Song Cook’s as I have read amazing reviews about it. 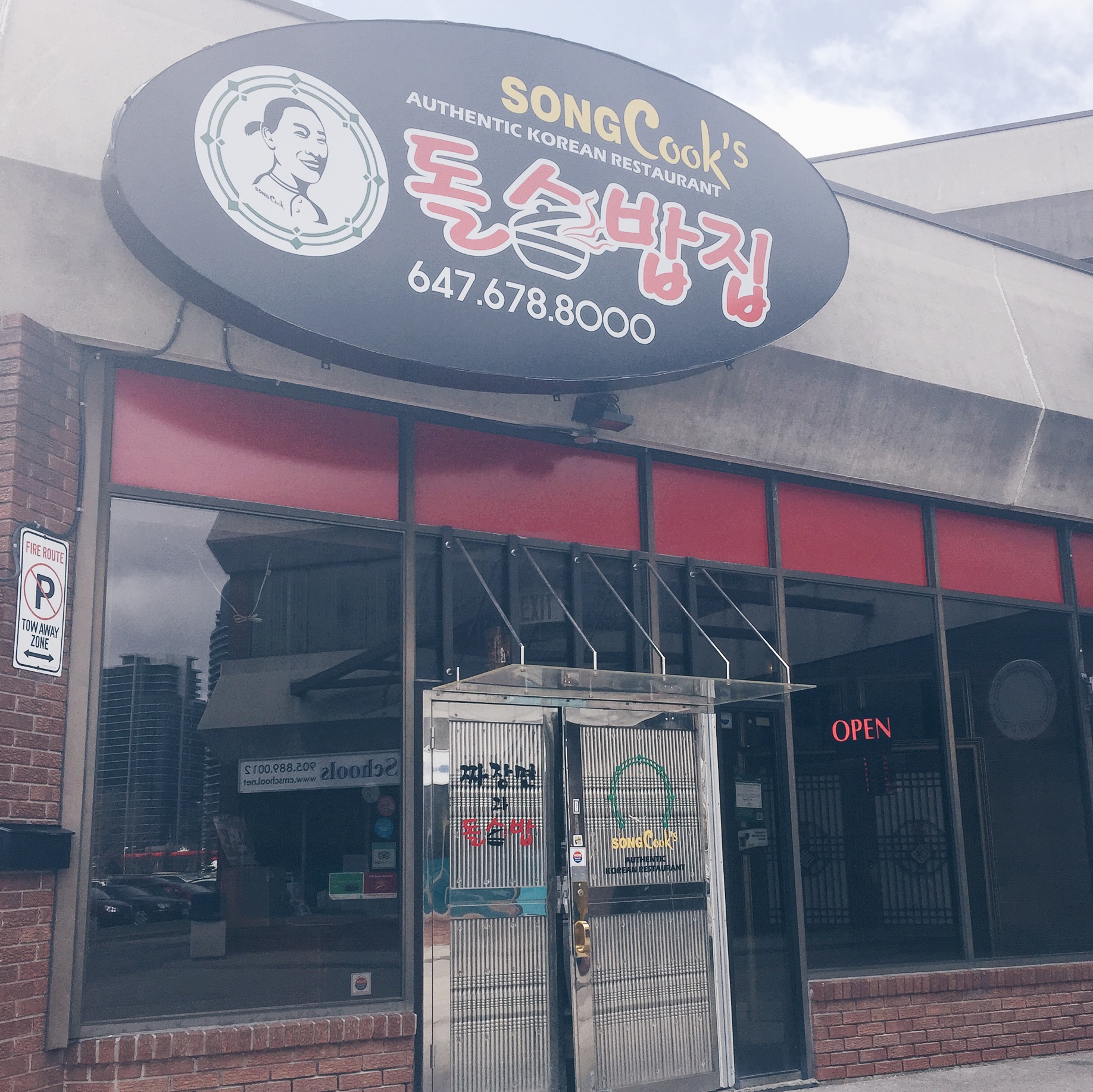 Depending where you park, Song Cook’s might be hard to find. It is in the same plaza as the Moores clothing store, but keep walking inside the plaza as it is behind the Moores.

Song Cook’s was really big and tons of seating. However, I was surprised when they did not have those call buttons as most big Korean restaurants do. 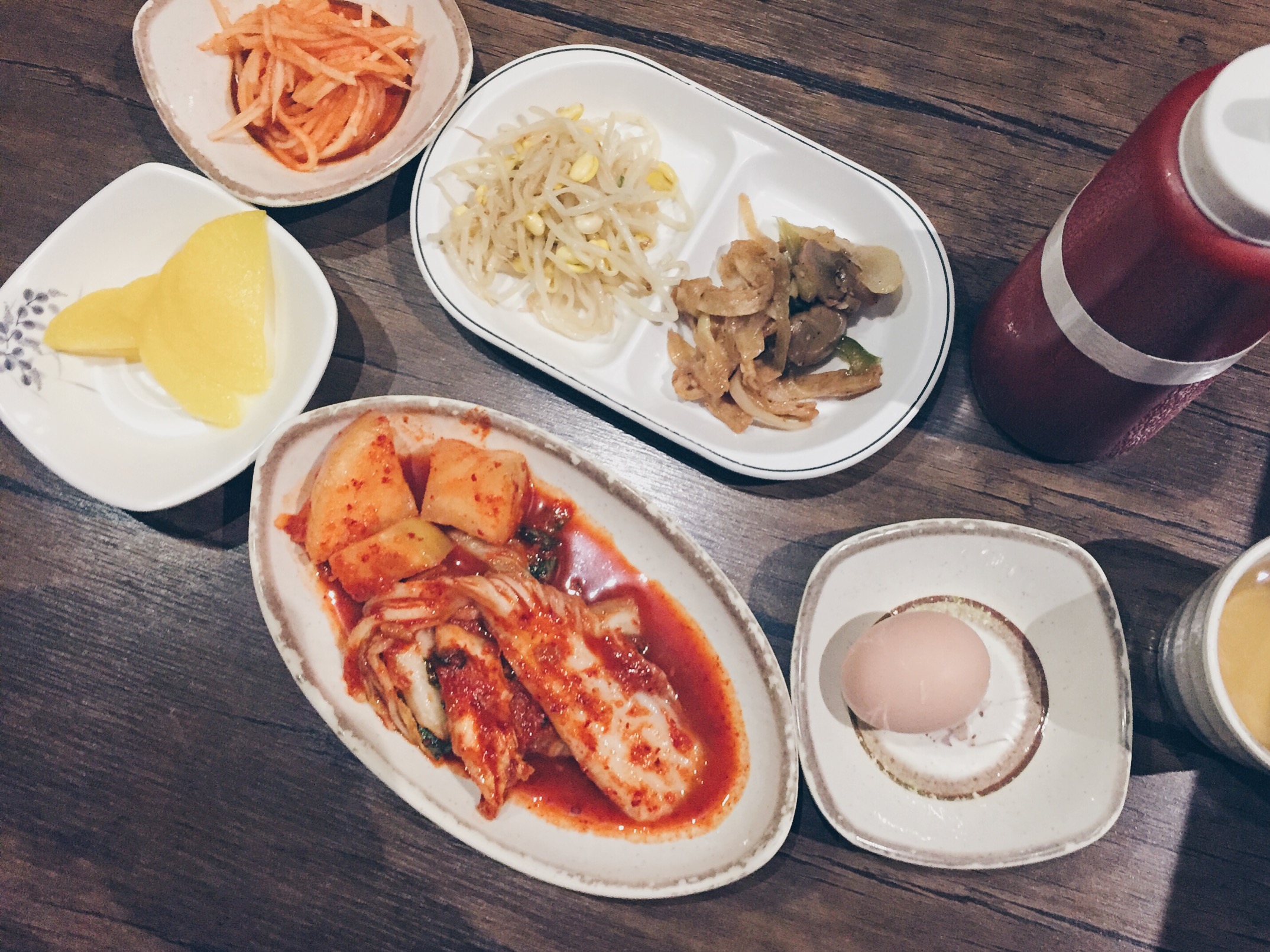 After ordering, our side dishes were given, along with extra utensils like small bowls, scissors and thongs (not sure why). Our waitress who was really nice and sweet also gave an egg and the bottled sauce for our dish.

To be frank, I had no idea half of what the dishes were. I just knew that the one next to the beansprouts has fishcakes and those were yum. The kimchi slices were big and huge (which I guess that’s what the scissors are for) and tasted great too. 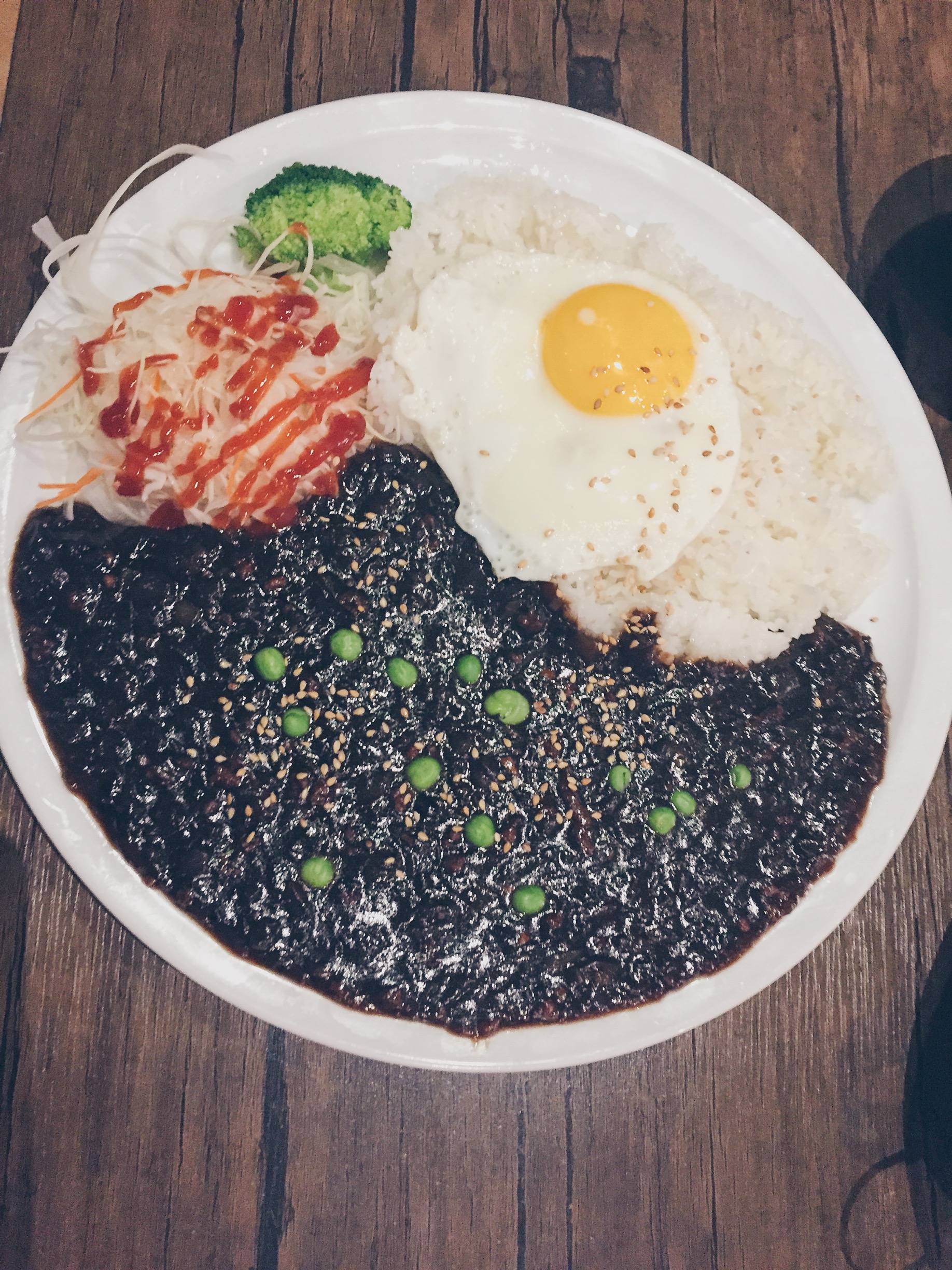 At Song Cook’s, they had a lunch menu between 11AM to 3PM, I believe. We made it there around 1PM.

My friend, U, ordered from the lunch menu and got the JaJangBap – which was rice with minced meat, black sauce, vegetables and an egg.

She did not enjoy it as much as she thought the sauce would have been separated and not mixed in with the meat. She’s also not a fan of sauces in general. I tried the black sauce – it was tangy and slightly sweet. I found it good but I’m not sure if I couldhv consistently ate it for my entire meal as well.

Rice here has to be ordered separately from the meal, ranging from $3-$4. They have several options for the type of rice, including white rice, brown rice, barley rice, stone pot rice (aka the purple rice and this option will take longer to make). I opted for the brown rice as I’m used to having rice with my soondubu. However, I barely finished half of my rice as I found the texture too hard for me, even with the soup.

We ordered the sashimi salad to share because I’ve been craving sushi slightly and pictures of it looked good so we impulsively ordered it. The bottled sauce went well with the salad.

I wish they hadn’t given us the salad on a flat plate because it was hard to kind of mix the salad with the sauce. Perhaps a bowl next time wouldhv been better, but the presentation was good.

When we wanted the bill, it took us awhile because either there wasn’t any servers in our corner or they didn’t see our hands up.

Overall, I found Song Cook’s to be alright. Service was great, our waitress was very nice and friendly. The soondubu here is second to my ultimate favourite Buk Chang Dong Soondubu, but amongst of all the other Korean restaurants – their soondubu was definitely 2nd of my list, it was amazing and it definitely hit the spot. It’s a downside for me that I had to pay for my rice separately as compared to Buk Chang Dong. They should really invest in those call buttons as I believe it’ll really help both customers and their servers in efficiency.

Nonetheless, I had a good time here (can’t say the same for my friend) but might not come back due to the location. This location is out of my way for me as Yonge/Finch is a closer distance to get my Korean food fix.