This will be a more of a photo diary because I don’t even know half the things being ordered and I just eat 😀 ! 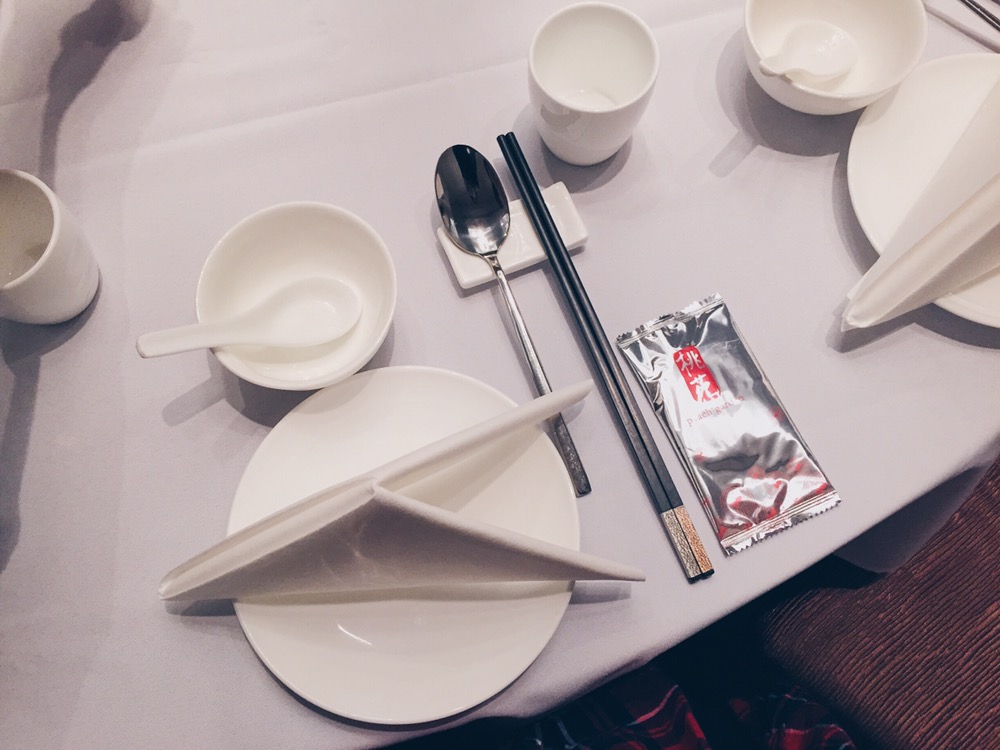 This tea on the right side is Longan Tea which was really bitter here… & had to ask  for more hot water to water it down ):

Menu that I have no control over

This dish is so under-rated but tasted so good for some odd reason. 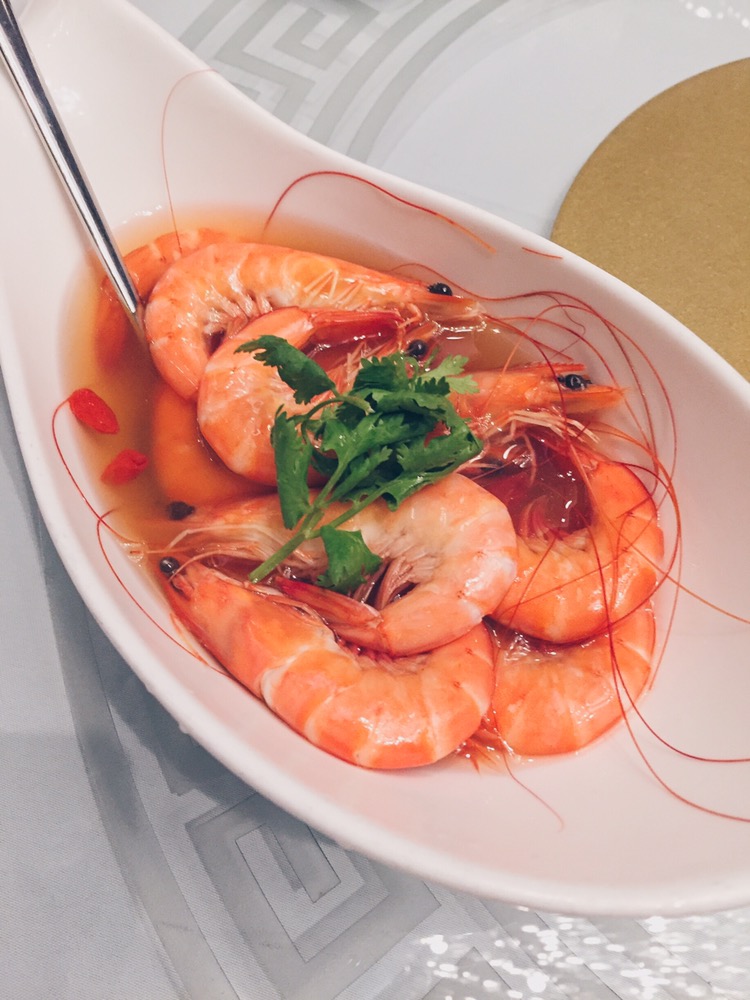 The shrimp soup is supposed to be good but it was plain and nothing special. 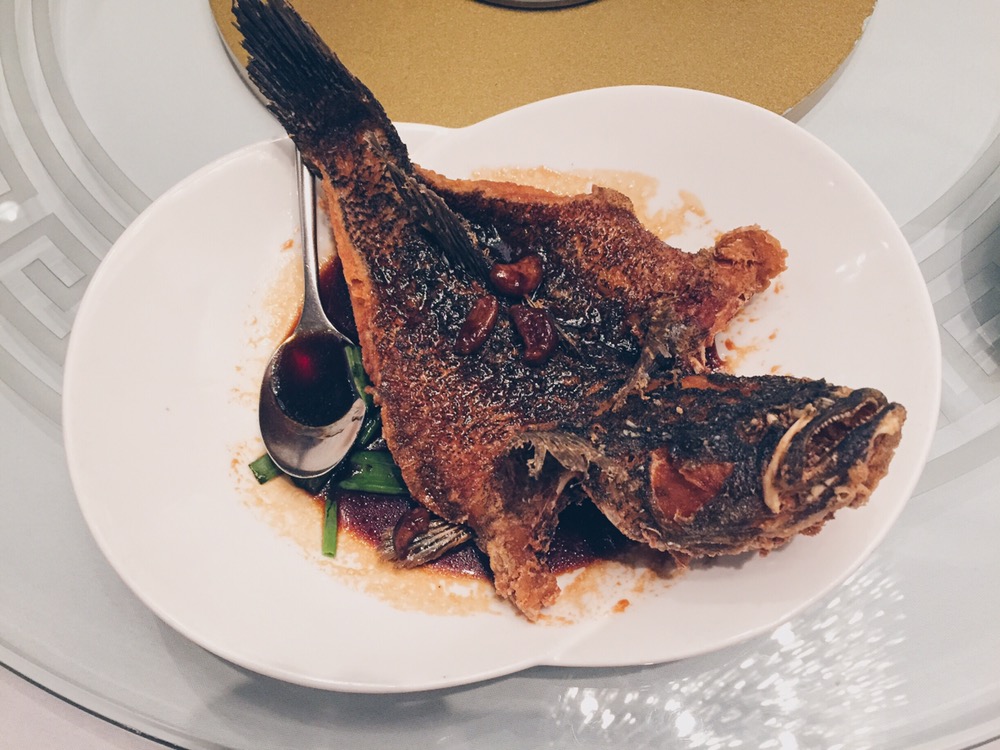 The dish above is apparently crunchy fish fins or something like that – which actually didn’t taste so bad because it kind of melts in your mouth.

This is a wasabi shrimp dish. Even though I hated wasabi, I still tried it… and nope, it wasn’t for me. 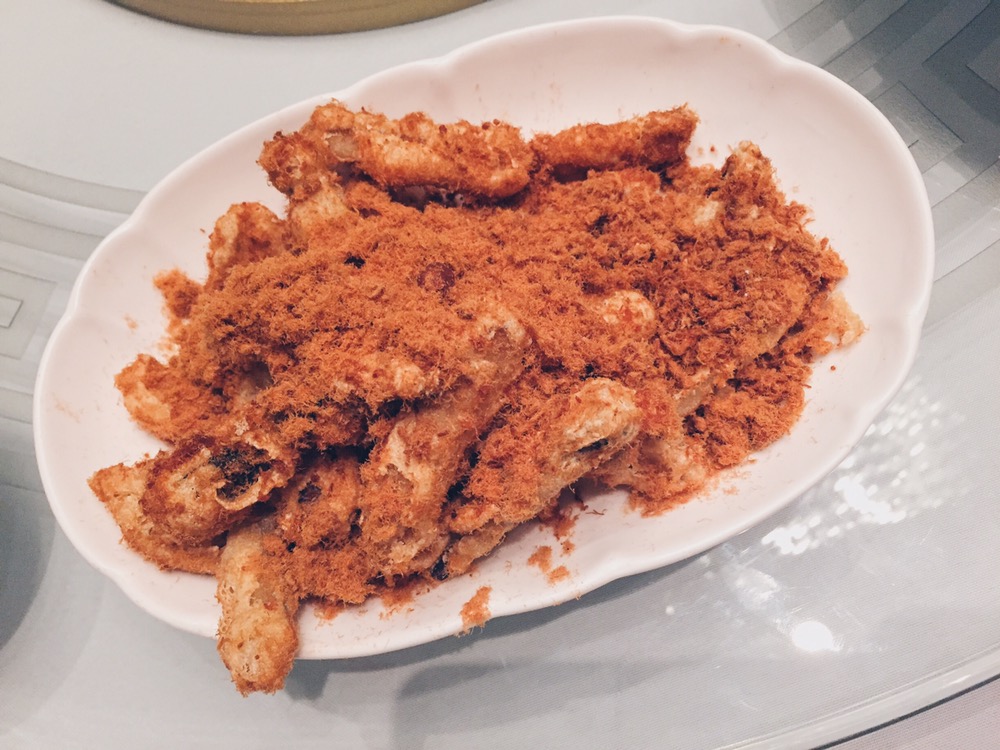 The pork on the left tasted really good. It almost tastes like pork shoulder (I could be wrong) and the sauce tasted sweet and savoury. 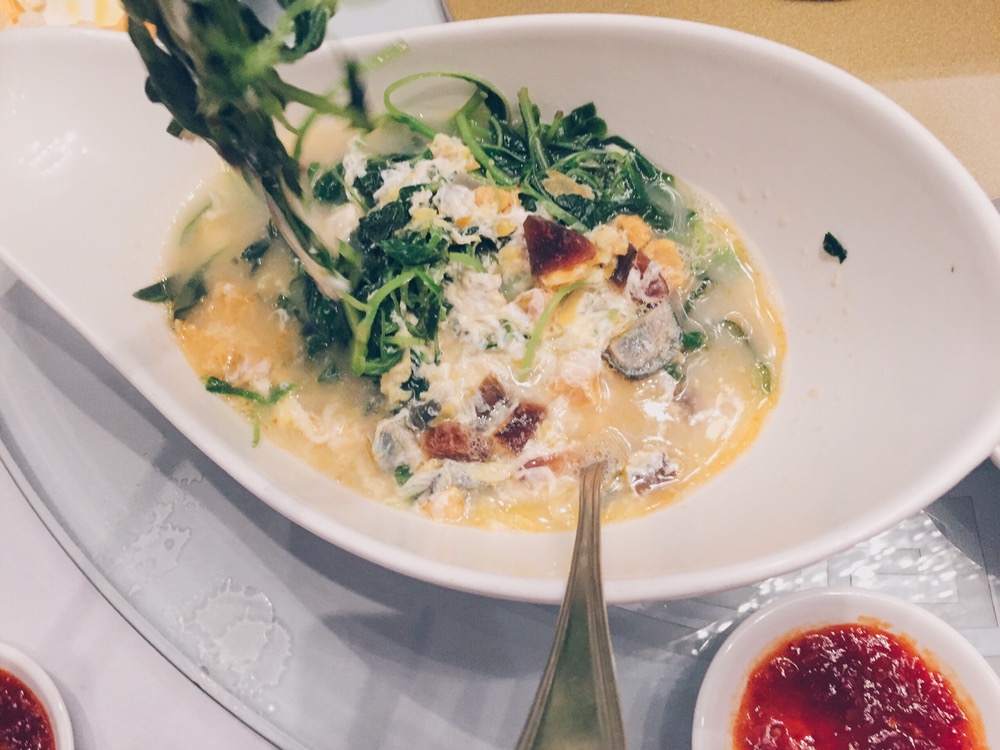 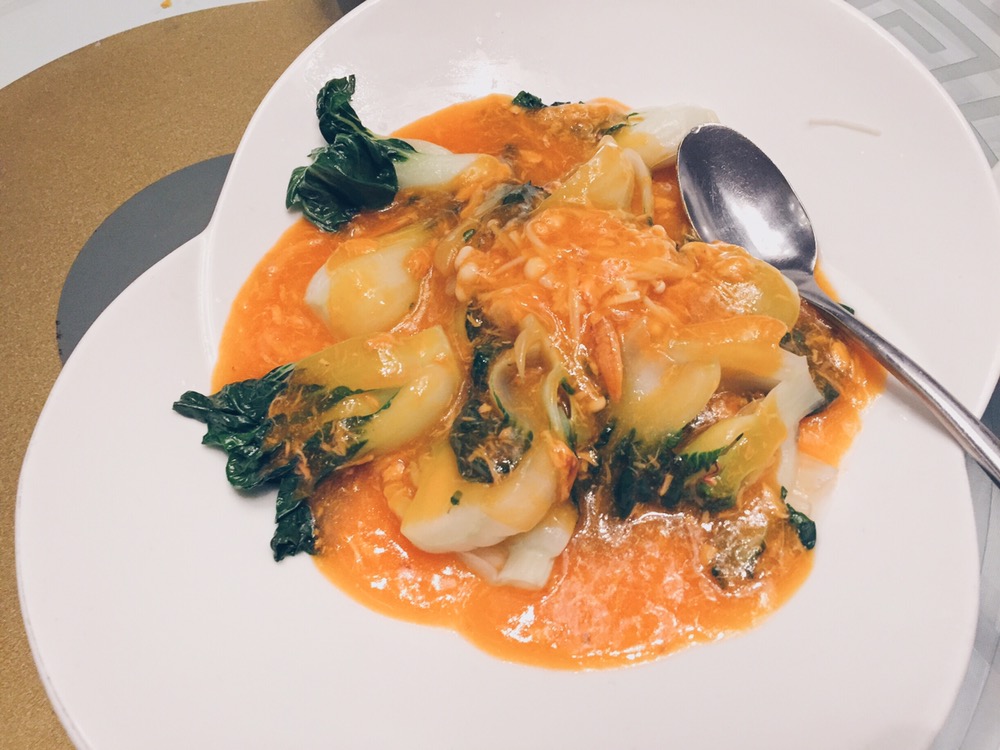 This was the shark fin that they served. It was under this section of the menu where there were 4 options and each person can choose one. I chose the shark fin. Even though it probably is made out of chicken broth, etc… I still enjoyed it.

This was the other option – abalone soup. Yes, that is the abalone which looks so small like a clam. It was totally not worth it. 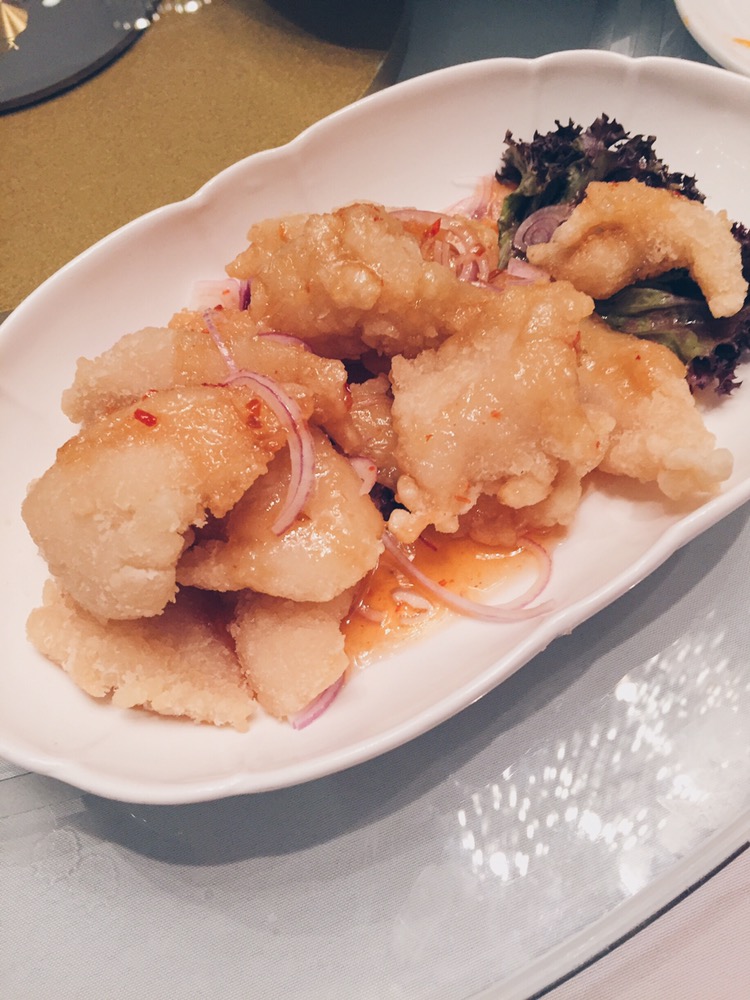 This tom yum prawn soup was actually so spicy. So so spicy but fills up my soul. 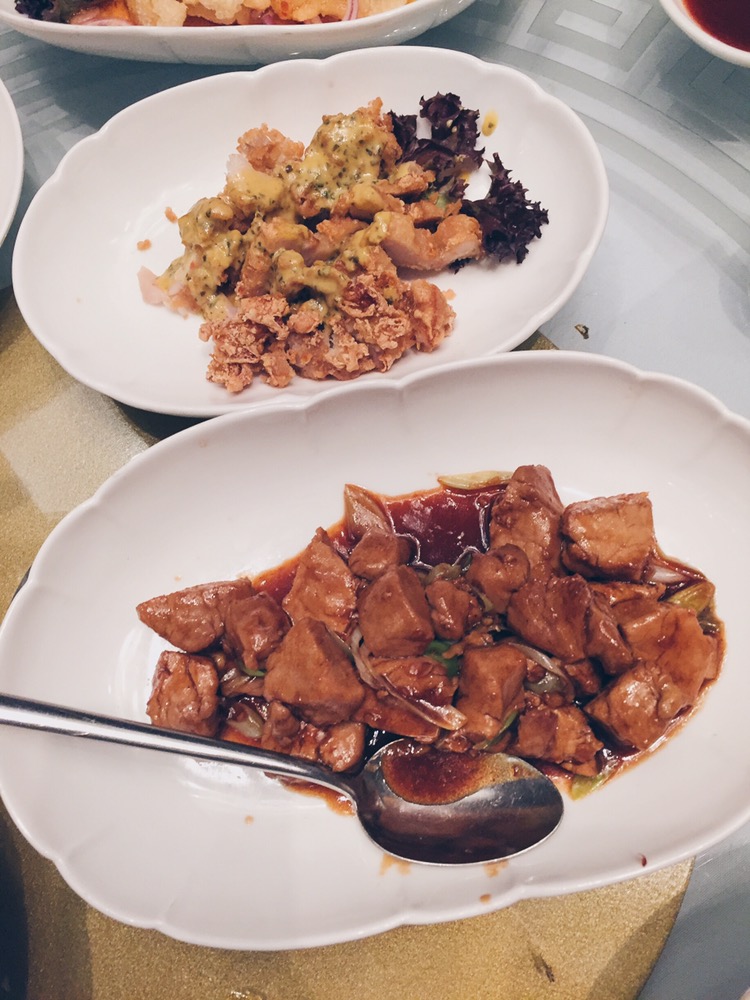 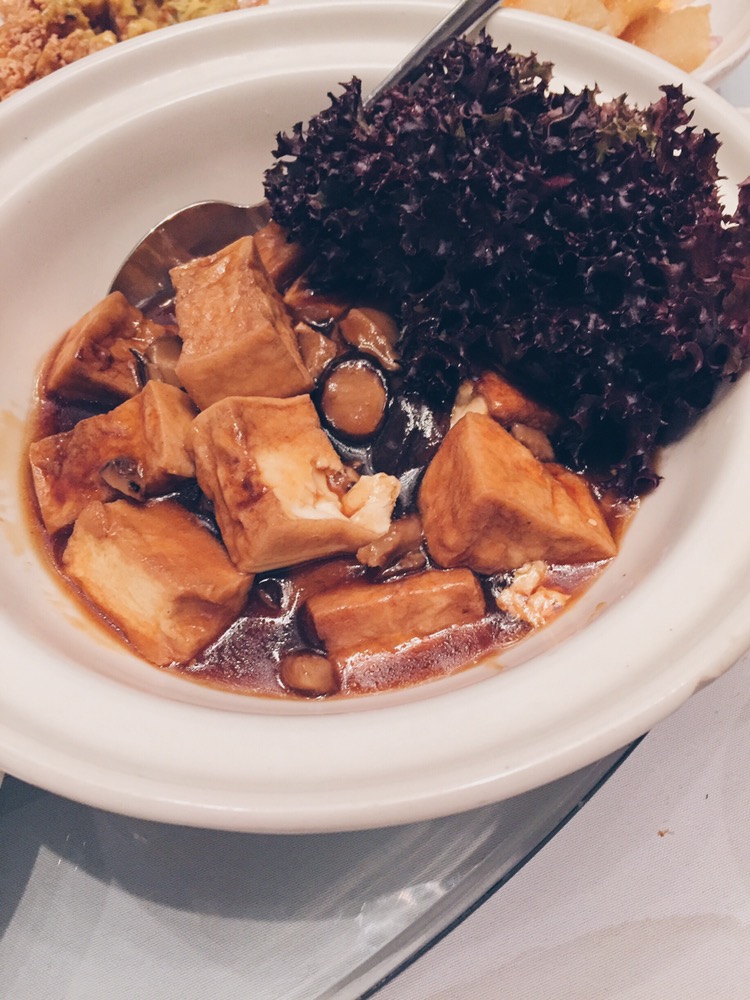 Lots of dessert options as well! 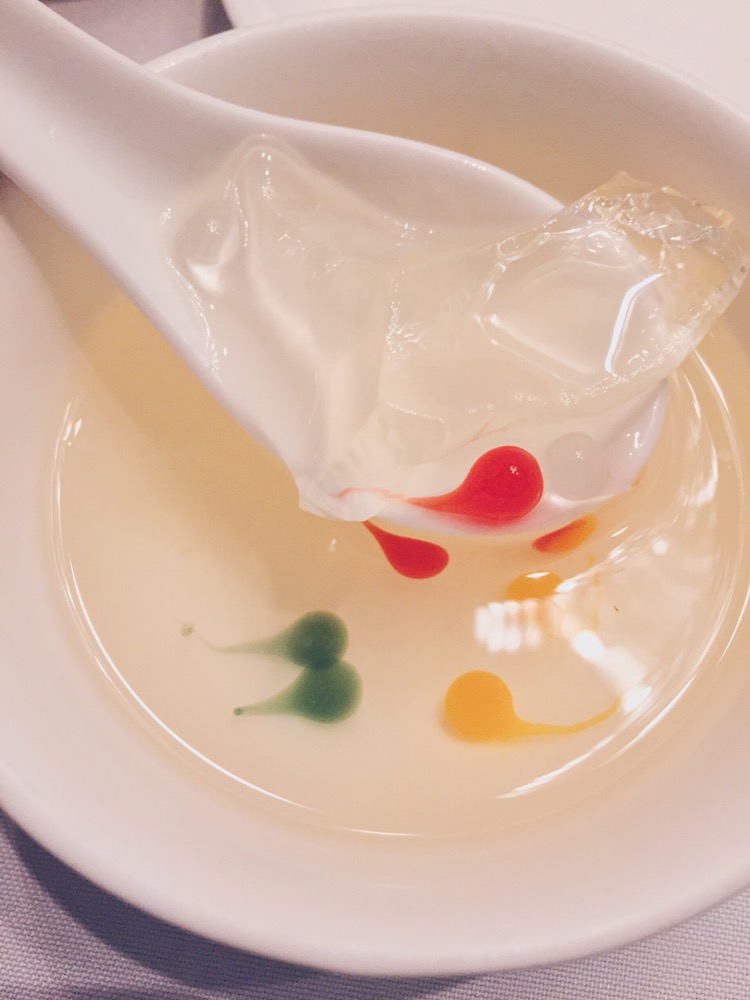 Table overall was just so full all the time with tons of food. Was yummy… but like I said, we over ordered. Oops.

Peach Garden is a nice huge restaurant with huge tables (seemingly only for special occasions or big groups) and high ceilings. The manager who tended to us was nice but the server was kind of awful. When we asked for items, she didn’t get back to us or she forgot about it… & She has this snobbish attitude while serving us.

PS: The restaurant may look fancy, but don’t expect the washroom to be just as fancy.