With more food, obviously. Because eating was a non-stop thing when I was in Singapore…

The item on the top left is known as Popiah, pronounced as po-pi-ah. It’s essentially a thin wrap sliced into bits. Not exactly sure what the fillings are, but I’m not a fan of it.

To the top right, it’s Carrot Cake with egg(s) – eggs are optional. A similar variation of Singapore carrot cake is sold in Toronto, specifically in Congee Queen as “fried chili turnip patties” on the menu. Not sure if anywhere else sells something similar to that.

On the bottom right, we have Char Kway Tiao. Google helps a lot in explaining things that I don’t know. It just tastes so good. Stir fried noodles mixed with beansprouts, eggs, sometimes shrimp/prawn can be found. You can opt for spicy or non-spicy for this dish as well. I usually see stores selling both Char Kway Tiao and Carrot Cake – two in one!

Lastly, on the bottom left, is an Oyster Omelette. Yup, an oyster omelette, and it comes with chili sauce to turn up the flavour. Oysters were fresh and not soggy. Eggs were really fluffy. But there’s never enough oyster to egg ratio. 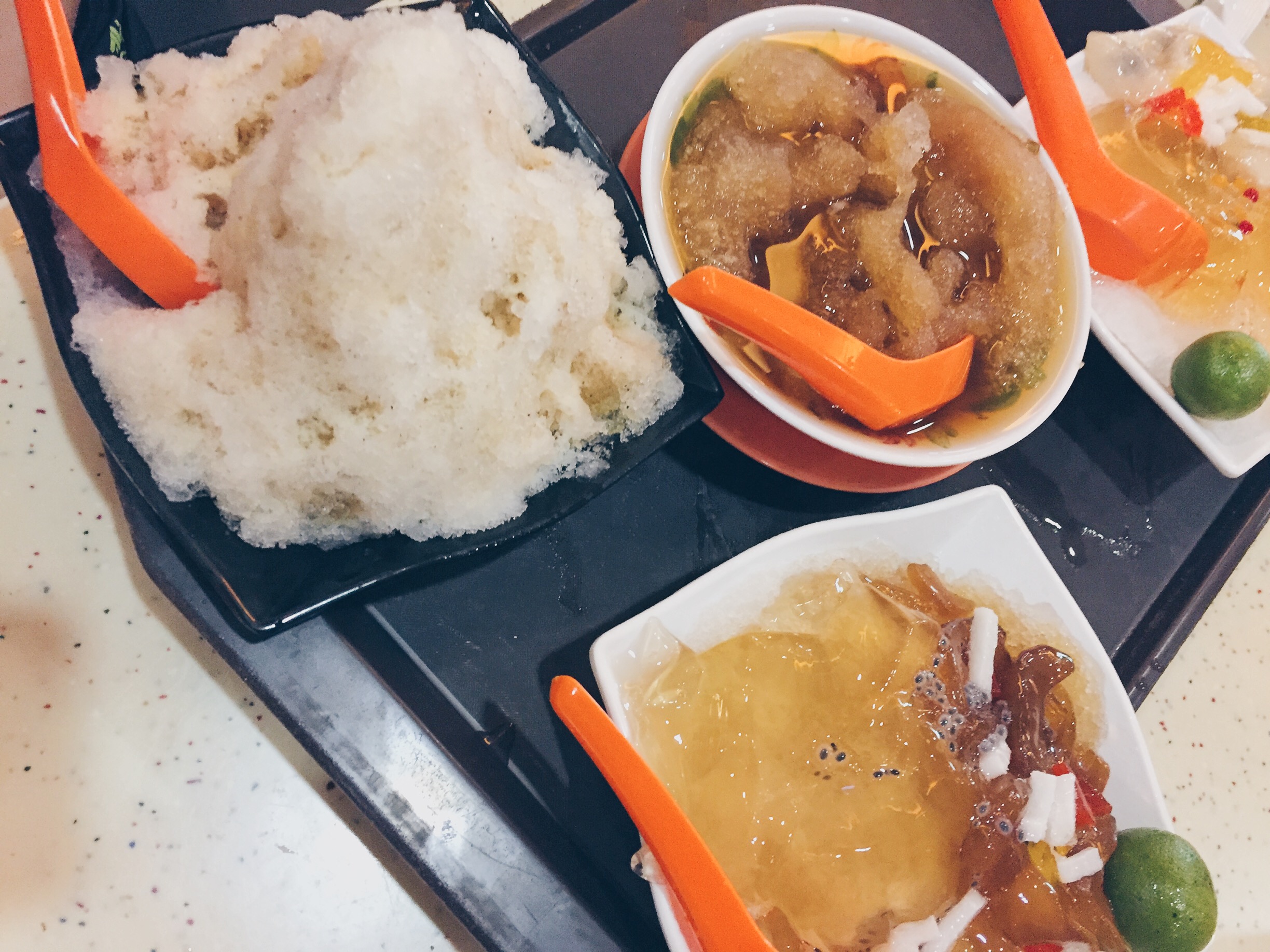 Next is dessert! I’m not even sure what half of these are so pictures for you!
I know that I like the one in the back because it’s jelly and sweet, whereas the brown one (in the middle) is good because of the soup taste. I don’t even eat the ingredients in that one, hahaha…

With a market so big, it’s sometimes hard to decide what you want to eat. A tip I’d say is go where the locals go. If you see people lining up, that has got to tell you something about the food stall right?