Been having a bento box phase lately and with AKA Oni Izakaya’s fairly recent opening, I went to try it out!

Oni in Japanese is basically demon or monster of sorts. Hence the Oni is the mascot of this logo, they have it imprinted on this cute wooden box that they served the bill in. 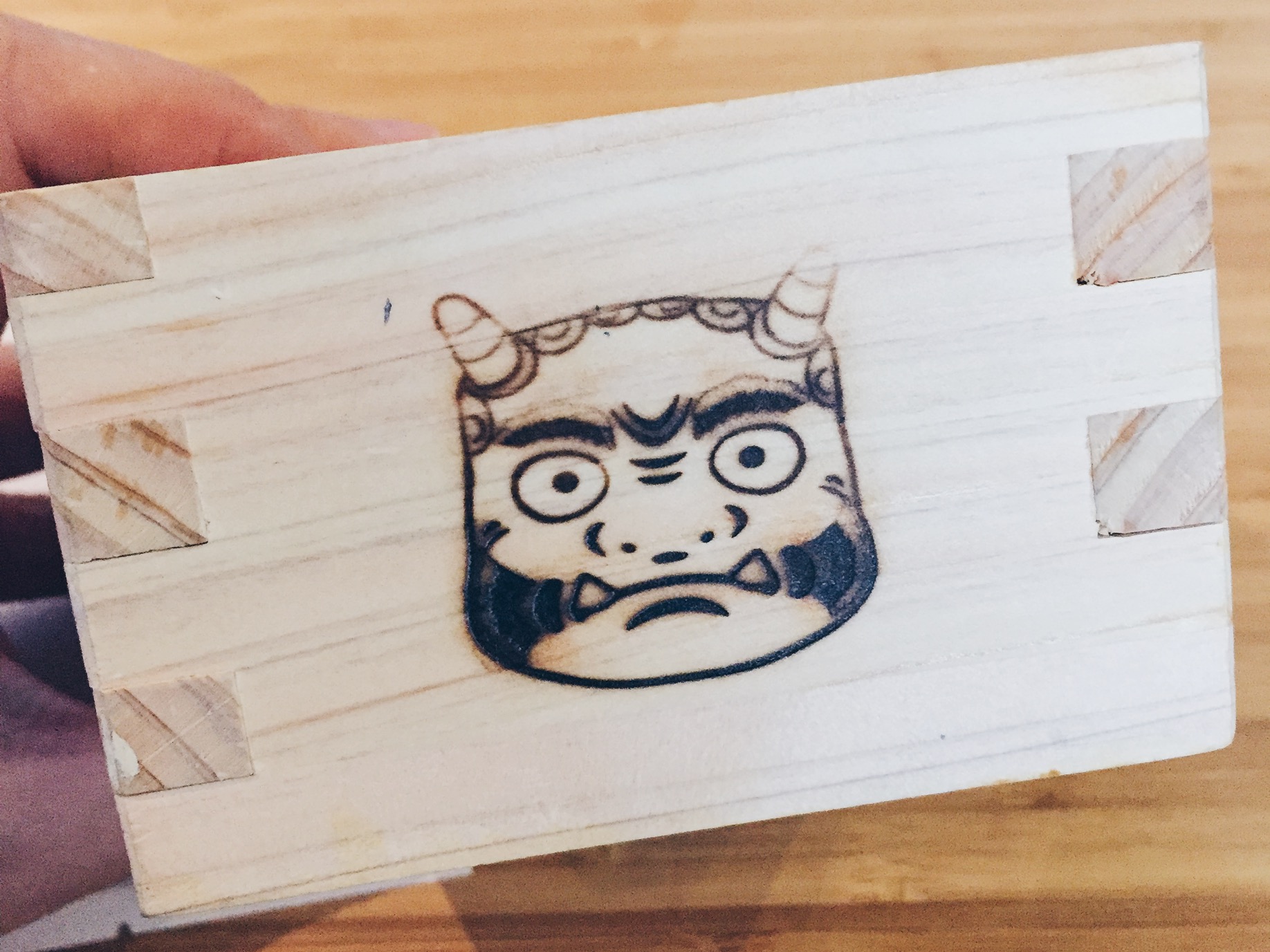 Bill came in this cute box

Their lunch menu consisted of bento boxes, ramen and izakayas of sushi and dons. All of the options also include clam miso soup, salad and dessert.

We were served tea after we ordered but it took awhile to arrive… It came after our salad was served. The tea, however, is prepared intricately, with the leaves and herbs provided instead of an instant tea or teabag. The server also took out the sieve out before offering us the teapot. 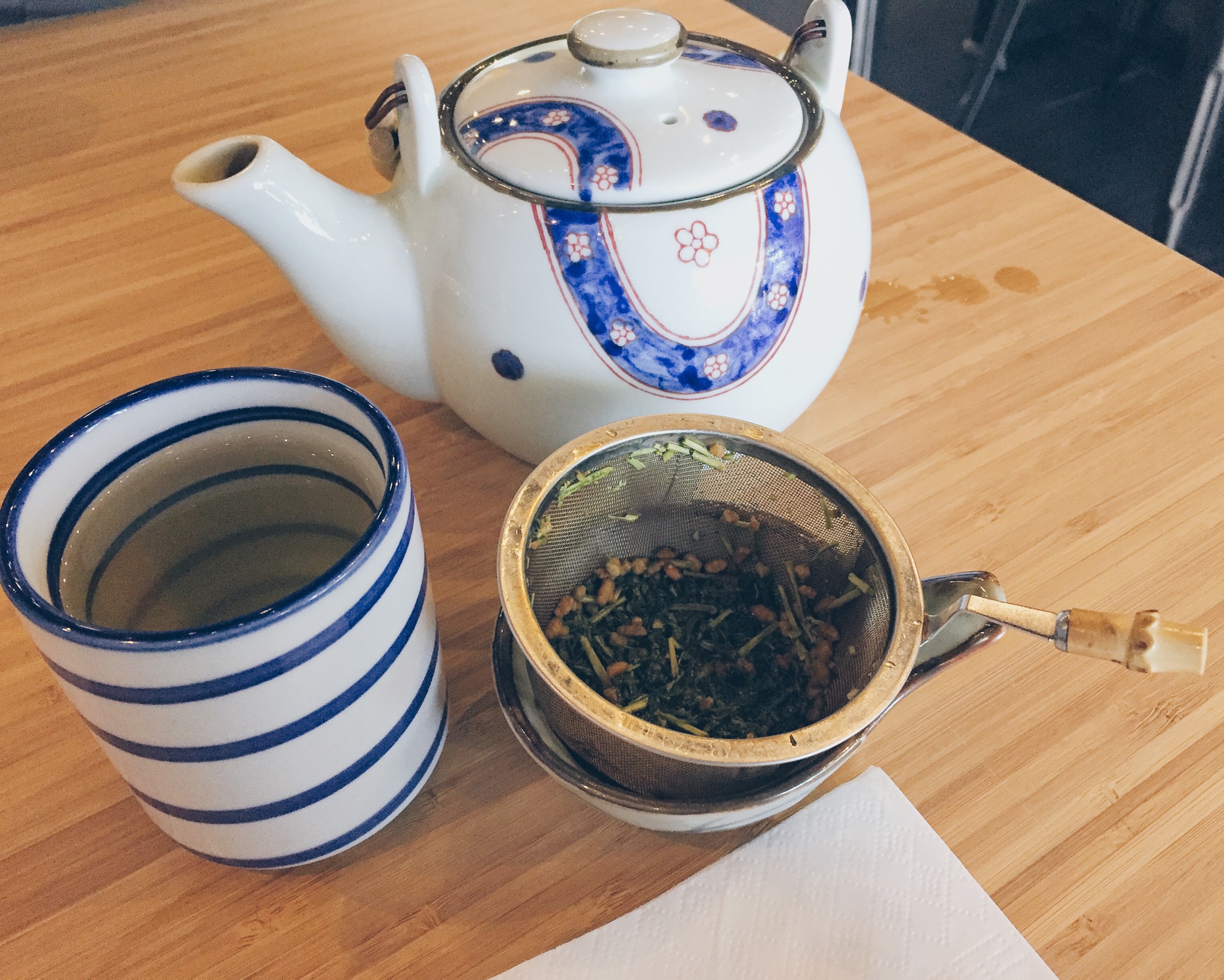 Both of our salads came first. I liked how the presentation was and the bowls they used, was quite impressed. I also really enjoyed the salad dressing which gave me a good start! 🙂 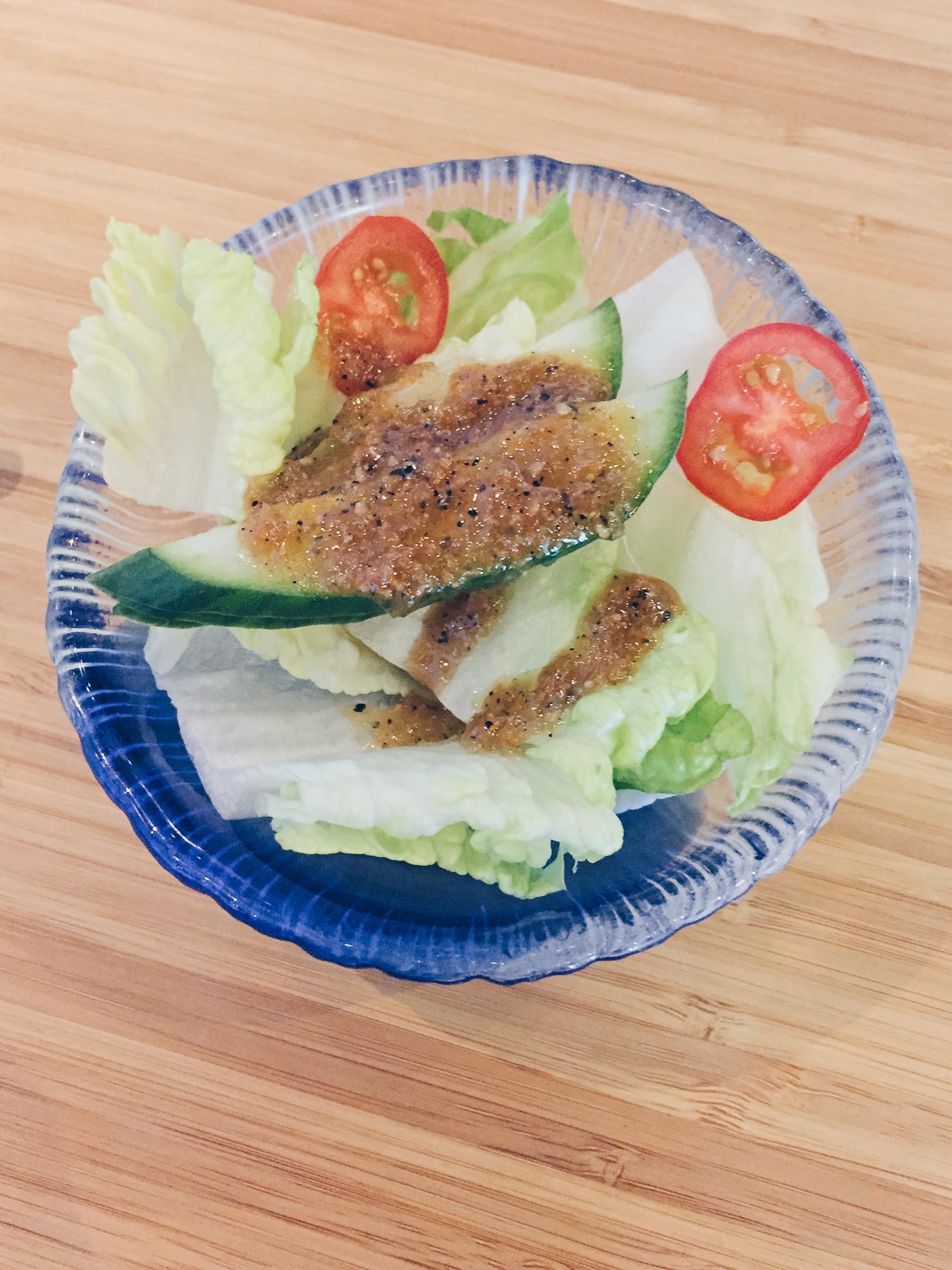 Clam miso soup came next. With the lid on the top and all. The clam inside was really measly and stingy because they only gave a single piece and it was really tiny. But most places don’t even provide the clam so, not sure if I should be happy that I get a clam at all. 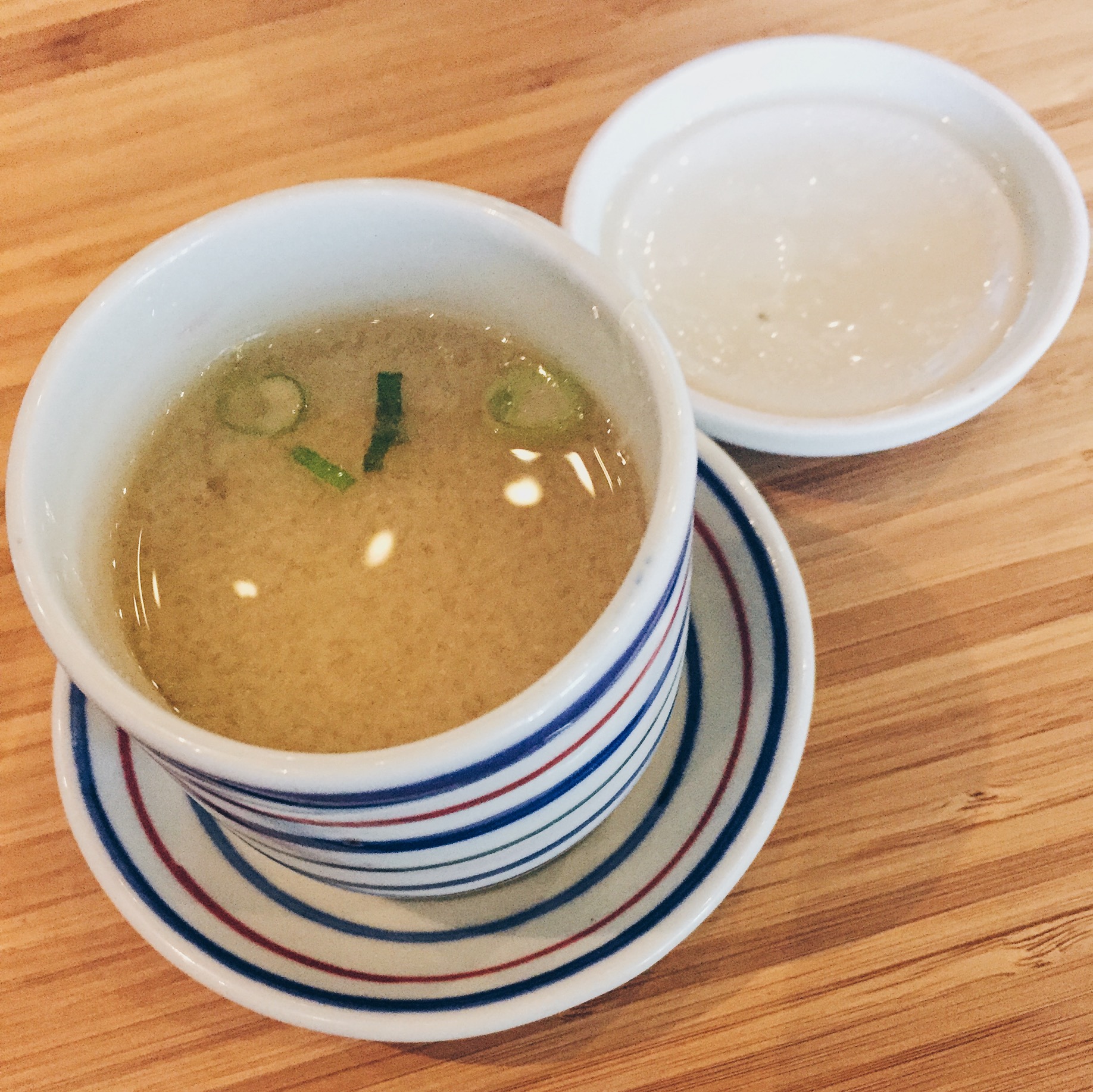 Haru Bento came first. The tray was bigger than I thought and everything was placed nicely. They really followed the Japanese etiquette of separating everything into their own little section.

Initially, they had forgotten the Saba Shioyaki. A male server placed the tray onto the table without notifying us what it was and just left so we were puzzled as to whose it was. Seeing us confused, the female server who took our order was confused because she knew what we ordered and didn’t think this was the right one and panicky went to the back to confirm… She bumped into the male server who brought out the Saba Shioyaki separately and she relaxed and confirmed that it was ours.

Man, it was a whirl of confusion during that time. 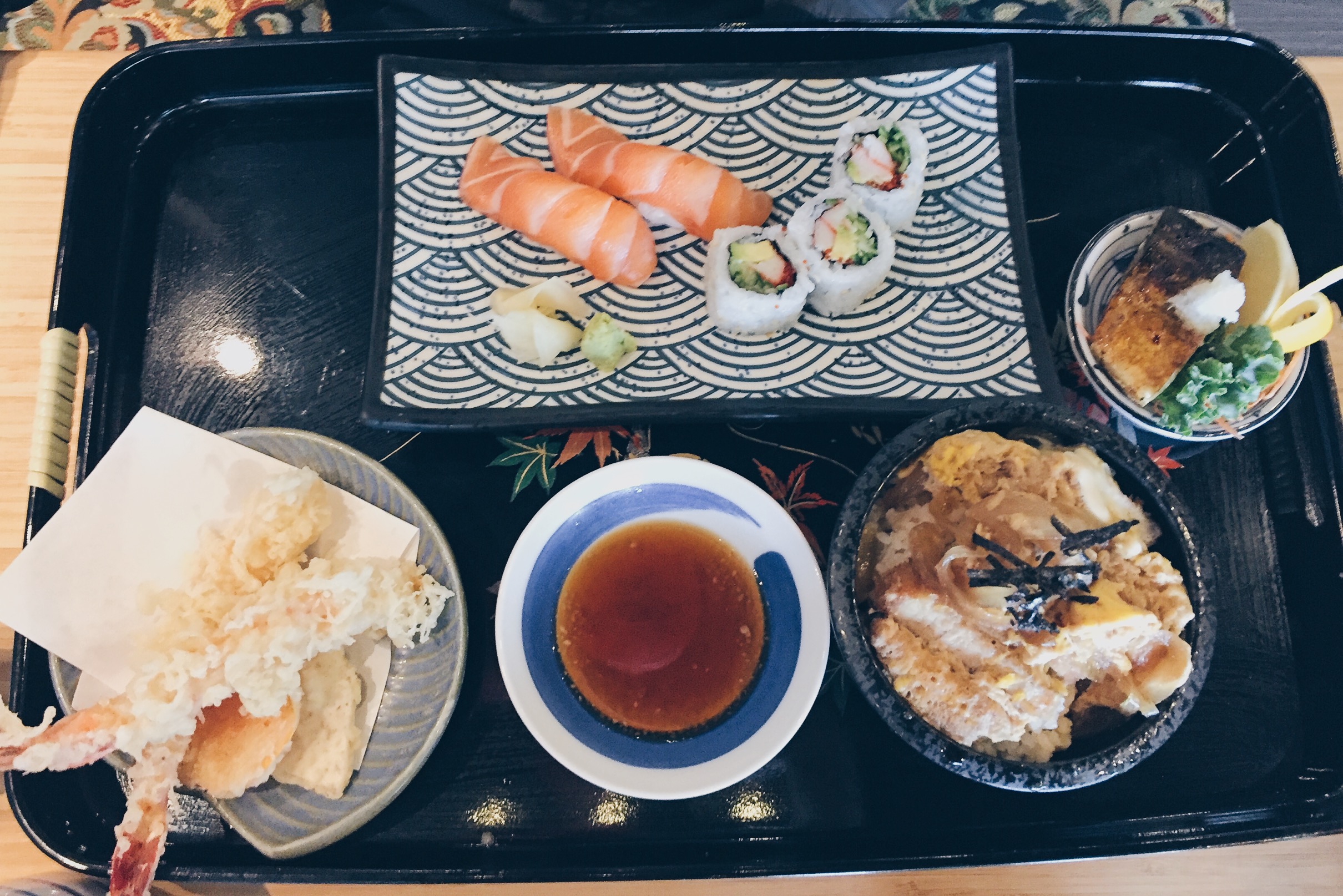 My Aki Bento followed about 10 minutes after. I believe it took a little longer because of the Oyster Don.

My friend liked the Katsu Don and mentioned that it was pretty good and was stuffed. 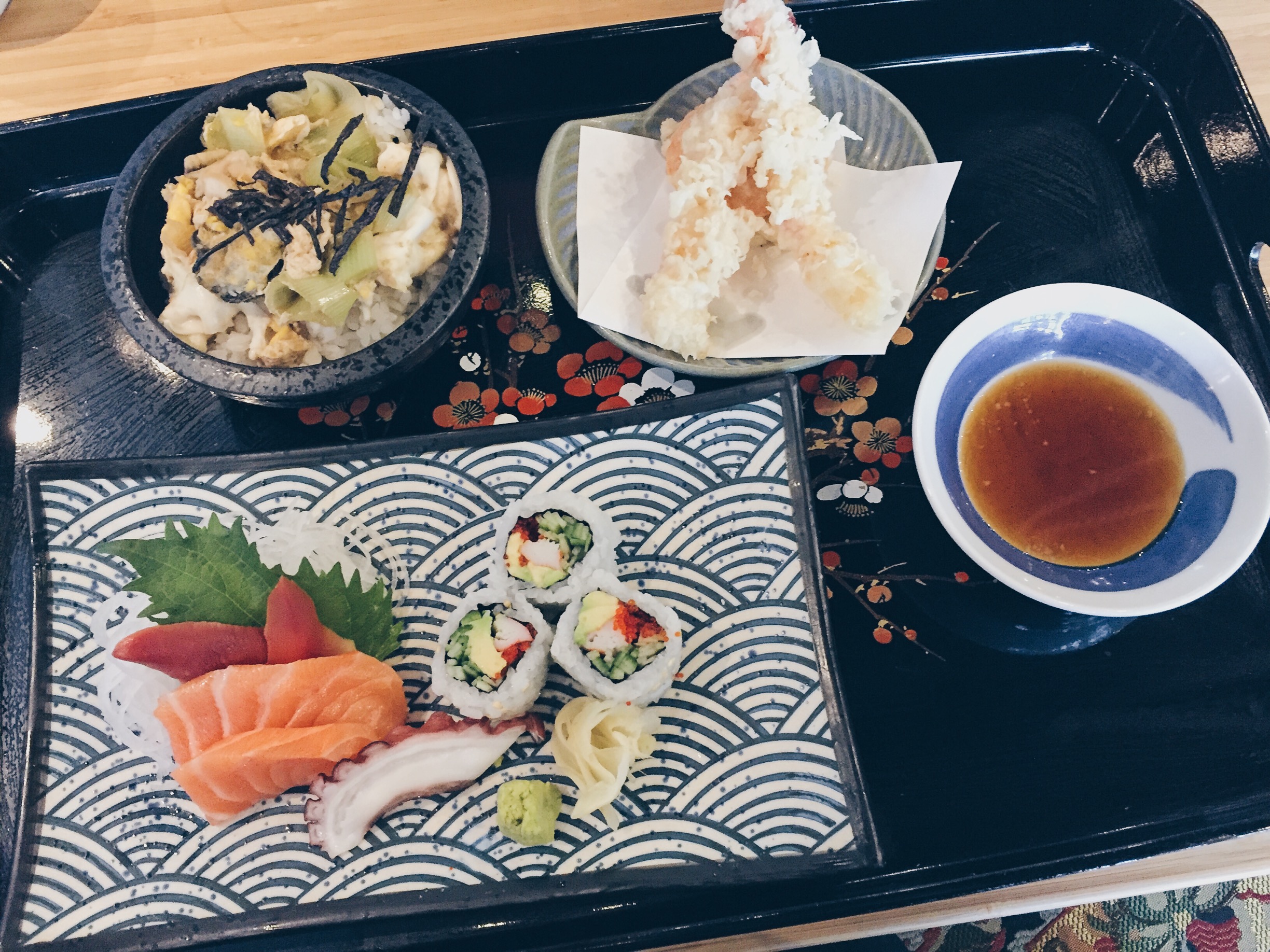 Dessert was served after we had finished our meal. To our surprise, they only had 3 flavours of ice cream – Matcha, Black Sesame and Red Bean. They did not even have the standard Vanilla, Chocolate and Strawberry… I was just shocked they did not have Vanilla in general as a universal flavour. The Black Sesame ice cream was good, I really enjoyed it~ 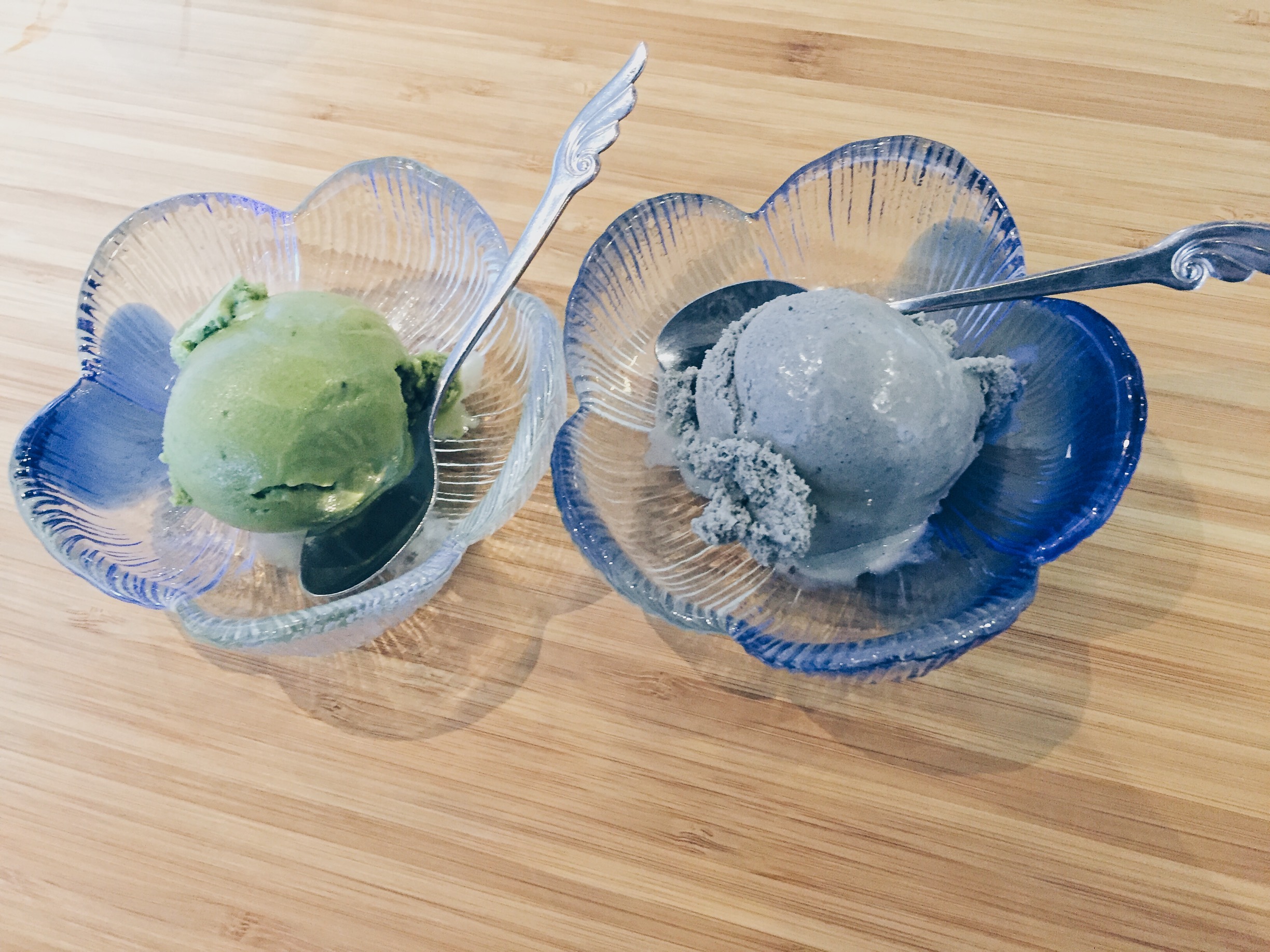 When you arrive at the entrance, you’ll be greeted by the many many alcoholic beverages lined up for display. It almost seemed like this place was more of a beer and yakitori spot instead… But the decor seemed more home-y. The booths were comfy and great.

Space inside was rather small. It can only accommodate 1 big group of 6, and a big group of about 8-10 people that’s right in the middle. The big table seemed out of place in my opinion. Otherwise, it was all 2 or 4 seater booths on the sides. 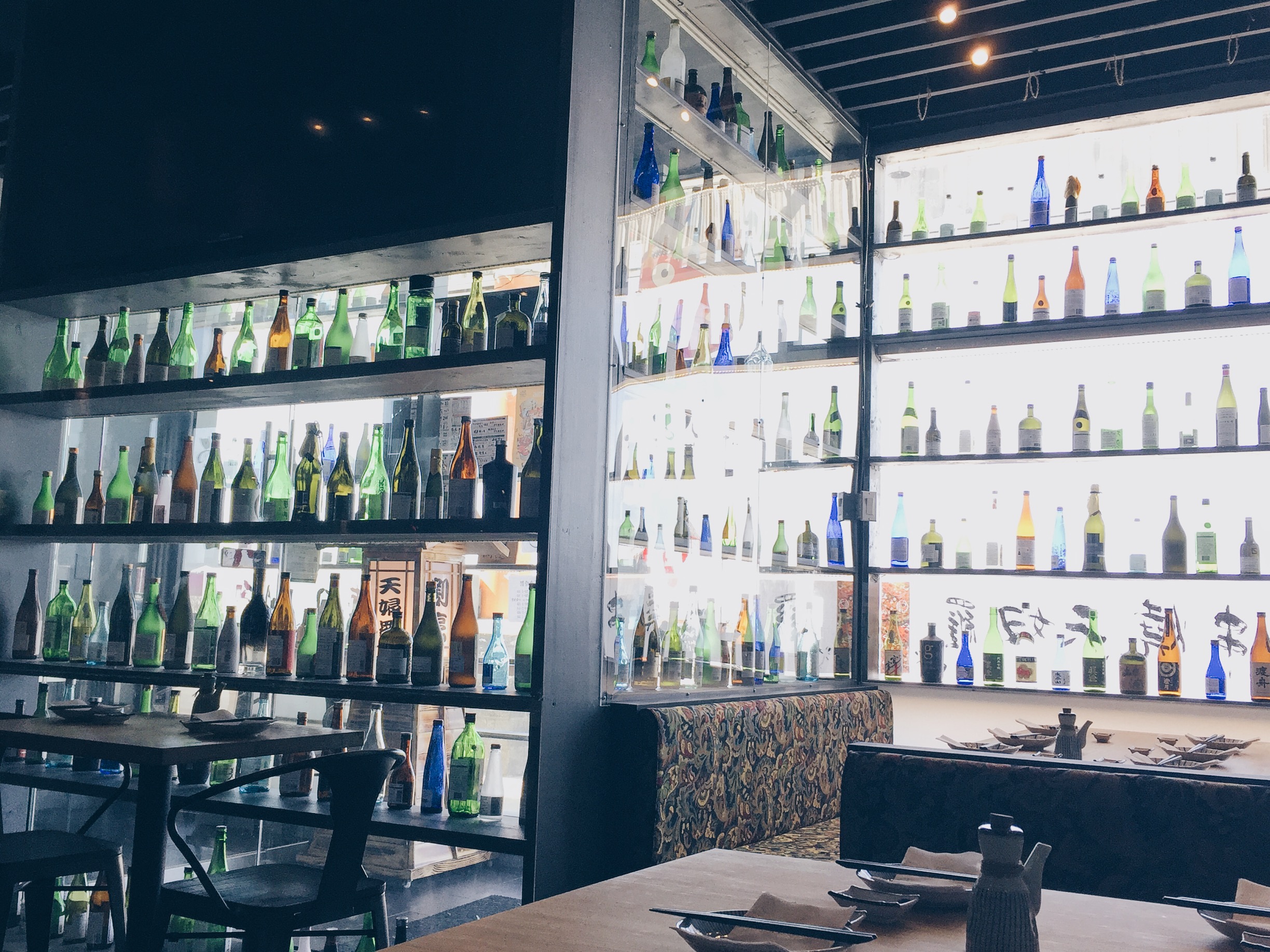 I liked it here. We went at a quiet time and was surprisingly relaxing to be in there. I liked how big the portions were for a lunch special. The big trays and segregating each item made it seem like I had ordered more than what I paid for (which is a good feeling).

I would like to be back soon to try out some of their other lunch items. My only complaint would probably be the inconsistency in service (but forgivable sincce it’s a new restaurant), and maybe add more ice cream flavours, hahaha.