Who says you’ve got to wait till CNE for Tiny Tom? Though they’re usually a big hit during CNE, they only have one permanent location!

Thankfully, it isn’t too far of a drive away.

Tiny Tom was located in a small plaza and didn’t have anybody in the store when we arrived. They had a buy 3 dozen, get the 4th dozen free deal so that’s what we got to share with the family as well… We were definitely was not going to eat all 48 donuts by ourselves LOL!

You could also get 8 donuts per pack instead of a dozen. They also sell hot and cold beverages here. 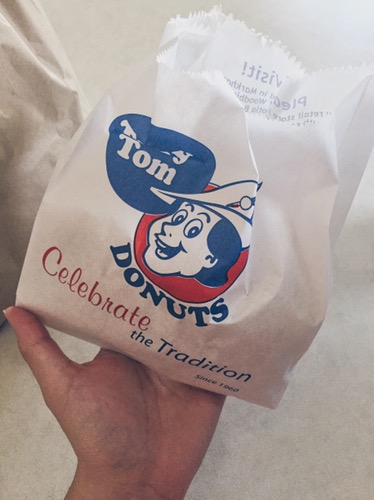 Flavours offered are Cinnamon, Icing Sugar, Apple and Cinnamon and Chocolate. Though their Icing Sugar flavour is probably the most popular.

The donuts were made fresh on the spot by the machine and were about a 5 minute wait for our order.

The man who attended us was really nice and friendly. They do take cash and debit, which was great!

We waited a few hours before eating it. The doughnuts were super soft since it was freshly made. After letting it rest for about 4 hours, the donuts were still relatively warm and has hardened making it more structured and gives it a different type of texture when holding and biting it. 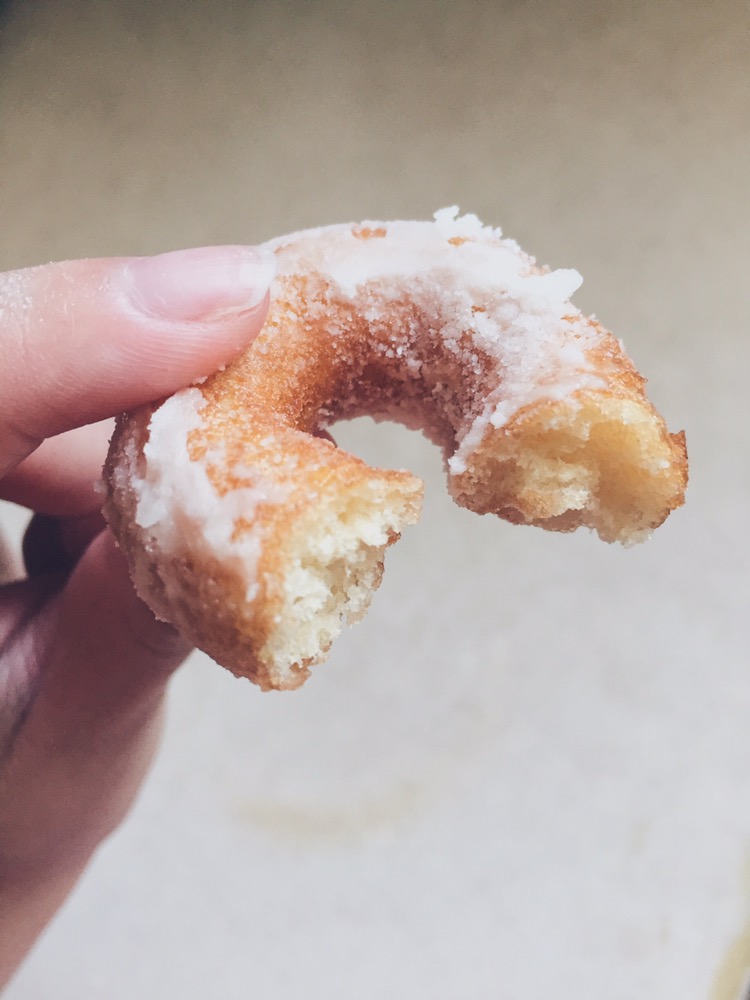 Icing Sugar sounds simple and plain but it tastes amazing! I can’t explain it! Powdery sugar and not overly sweet as well – it just gives a little bit of flavour together with the donut.

& Because the doughnuts are tiny, I just kept popping it into my mouth without feeling much guilt until after… which is wherealisedized I ate a lot more than expected. Whoops.