Sharetea was suggested by a friend who really recommended this bubble tea spot. So we went to check it out!

I’ve searched Sharetea on Yelp and was happy to find out that you’d get 10% discount if you check in. Which enticed me more to go check out their stuff! 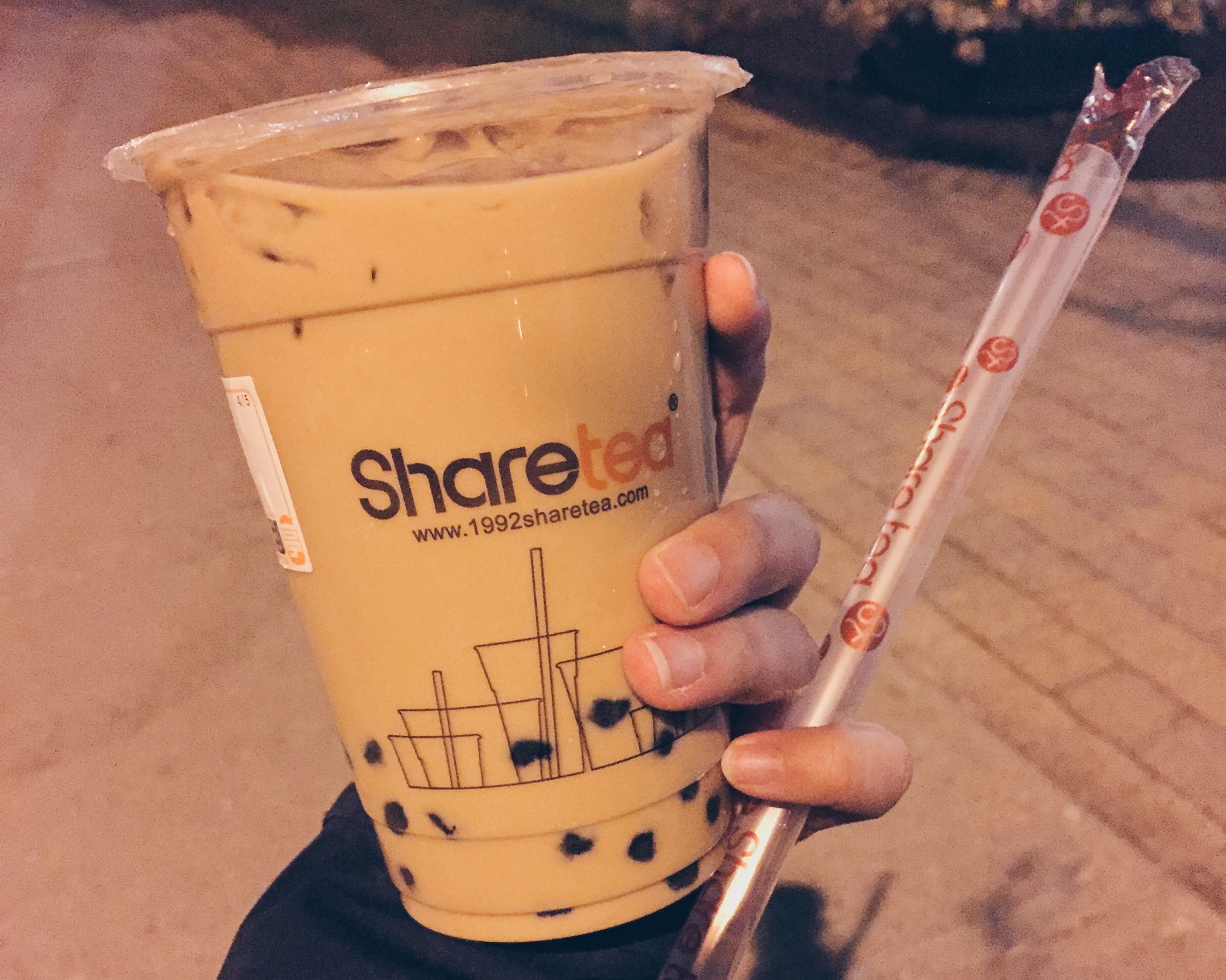 Sharetea menu was on the corner of their counter which my friend grabbed for us to look. Their menu, imo, is pretty small. They don’t have my usual lychee or grape green tea – which has led me to try something new. They do have some cool food items with Oreos in it and “crema” category of some sort – even though I’ve seen Oreo related drinks elsewhere too, but they’re not that common. They also have personal customization of the level of ice and sugar.

I ended up getting the Okinawa Milk Tea. I don’t usually drink milk teas because I’m not sure if my body can take the milk (lactose intolerant but not really…). But my friend said the Okinawa was good so I got that.

The server was good – he speaks Mandarin and English. All the workers here spoke Mandarin to one another. As he punched in our orders, you can see it on the screen facing you. He also made sure for us to check our orders before we paid for it. When I tried to redeem the 10% Yelp discount, I showed him about it and he said “we don’t take that here”. And I was confused but shrugged it off because it’s not like I can force him to take off 10% our order… So pretty disappointed about that.

The place itself is actually pretty bloody tiny – there wasn’t a lot of space to sit and chill. Even lining up seemed very tight because of the limited space. 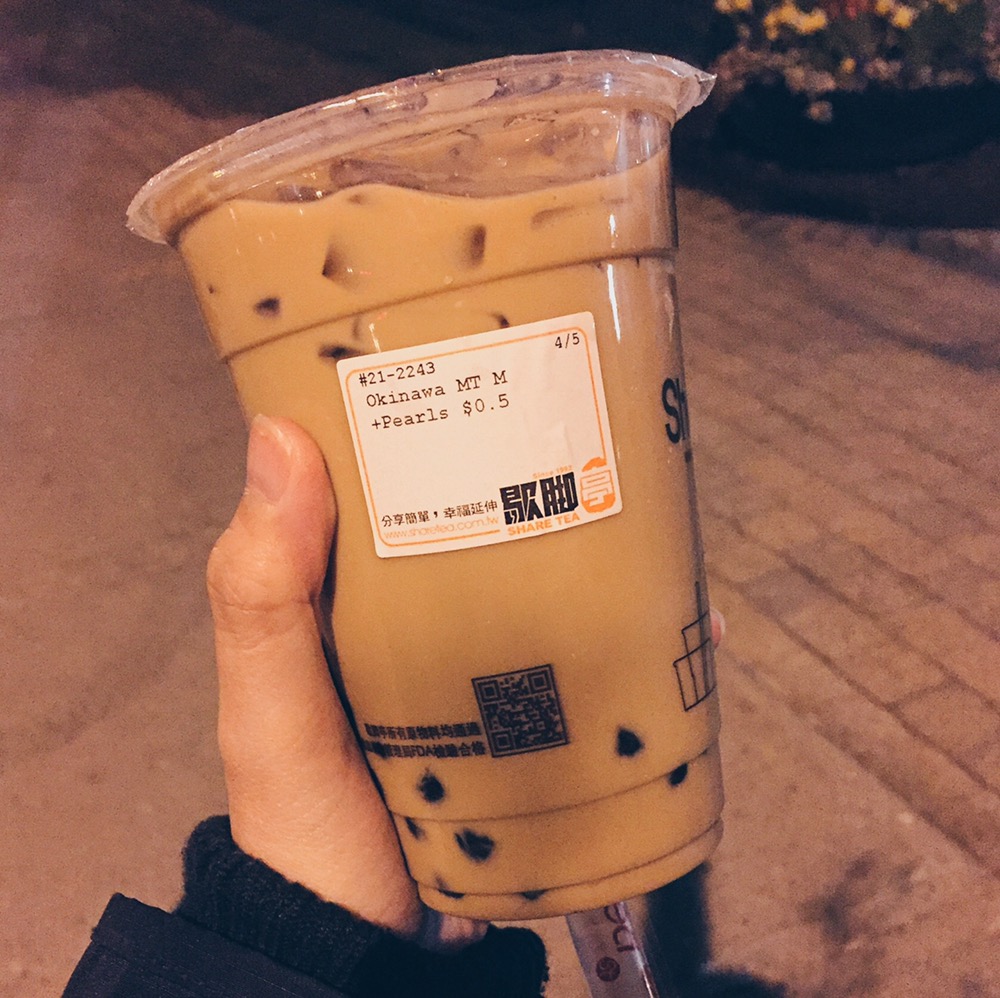 We had 5 orders, so it took about 10-15 minutes for them to make it all. The server also then asked if we wanted a bag, which he provided and put all of our drinks in. He also packed the straws for us – which was nice because I went to take out at Chatime before and you had to grab your own straws despite the fact that both these stores had the straws out by the bar. The fact that he made the effort to count 5 straws and place it in the bag for us made a difference in customer service for me.

The Okinawa Milk Tea tasted better than I thought. The tea tasted like those Asian milk teas you get in combo sets but only iced and definitely a stronger taste in this one. All in all, I might try here again. Maybe one of their fruit teas next time as I like sweeter stuff. But really wished they took the 10% discount with Yelp!