Land of all happiness and obviously, tons of photos in this post so enjoy 😉

On the way to Disneyland

There were a few ways to attain Disney tickets:
1) You buy it online, and you print it or you ship it to your house in Japan
2) Buy it from the Disney store
3) Buy it from Disneyland when you get here

We got our tickets from the Disney store and we got the 2 day Passport option as we were going to both Disneyland and DisneySea.

There was a line to get into Disney before it even opens.
So if you decided to choose option 3, the line to buy the tickets weren’t even as long as the line to get inside the theme park.. In fact, there was barely anyone buying tickets.

Disney tickets ; While waiting to go inside…

After waiting for what seemed like forever, we finally entered into Disneyland!

The first ride we went on was Monsters, Inc: Ride and Go Seek, which was an interactive ride where you point your flashlight at helmets with the Monsters, Inc logo. No clue at what the situation or dialogue was because everything was in Japanese!
But it was still pretty fun! So I give it a 7/10 🙂

Decorated as the hall of Monsters, Inc.

Ceiling of the Monsters, Inc hall 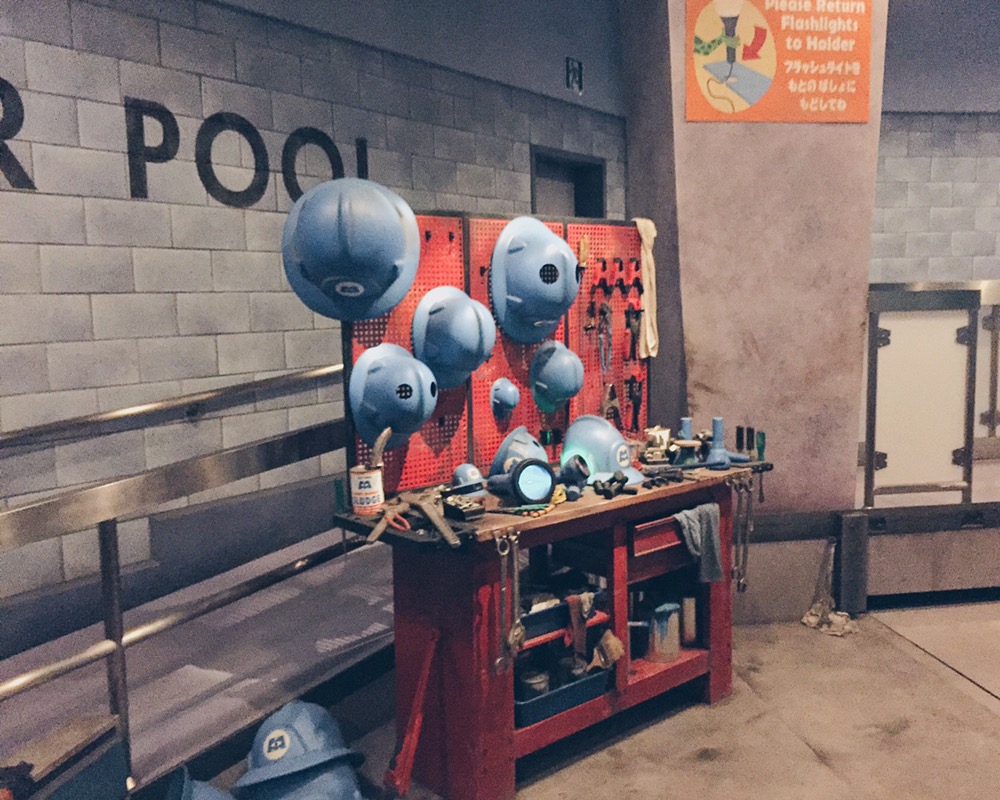 One of the props~

This was one of the food places but the decor was exquisite!

Next up was Star Tours.
The wait for this ride took awhile but that’s how all Disneylands/theme parks are! The entire ambience of the ride was amazing as well. While waiting, we saw R2-D2 and C-3PO along with many others mechanical robots about. The Star Wars vibe was reaaaal.
The ride itself was a motion simulator ride, with 3D glasses provided. You ride in a spacecraft and exciting stuff happens~ Each spacecraft has about 4 rows, with 7 person per row. So it’s quite huge. Was also surprised that they updated this ride with characters from the recent Star Wars – The Force Awakens… because sometimes rides aren’t up to date, etc.
I gave this a 5/10.

Hit up Grand Circuit next, which was a ride where you drive a car. Mostly for kids really, but it was still quite cool to do so. You do get to steer it but not that much because there is still a rail at the bottom which guides the car, even if you don’t steer, hahaha.
It was quite relaxing, so 6/10!

Already at the Finish line 🙁 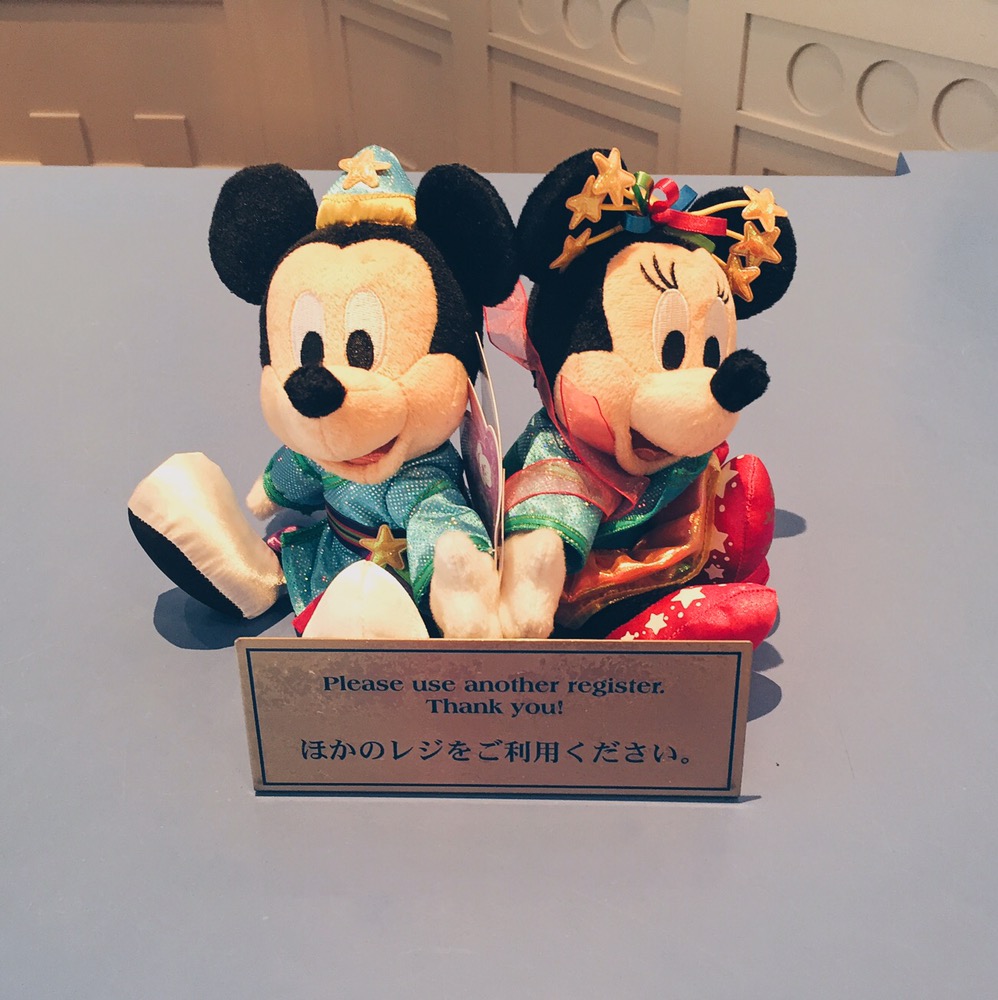 Thought these were cute at the empty register

It’s a Small World had the largest display ever… like crazily big. This picture only covered about half of the display. It’s a Small World was a simple calming boat ride, with their popular song and lots of dancing toys of sorts.
5/10

Inside of It’s A Small World 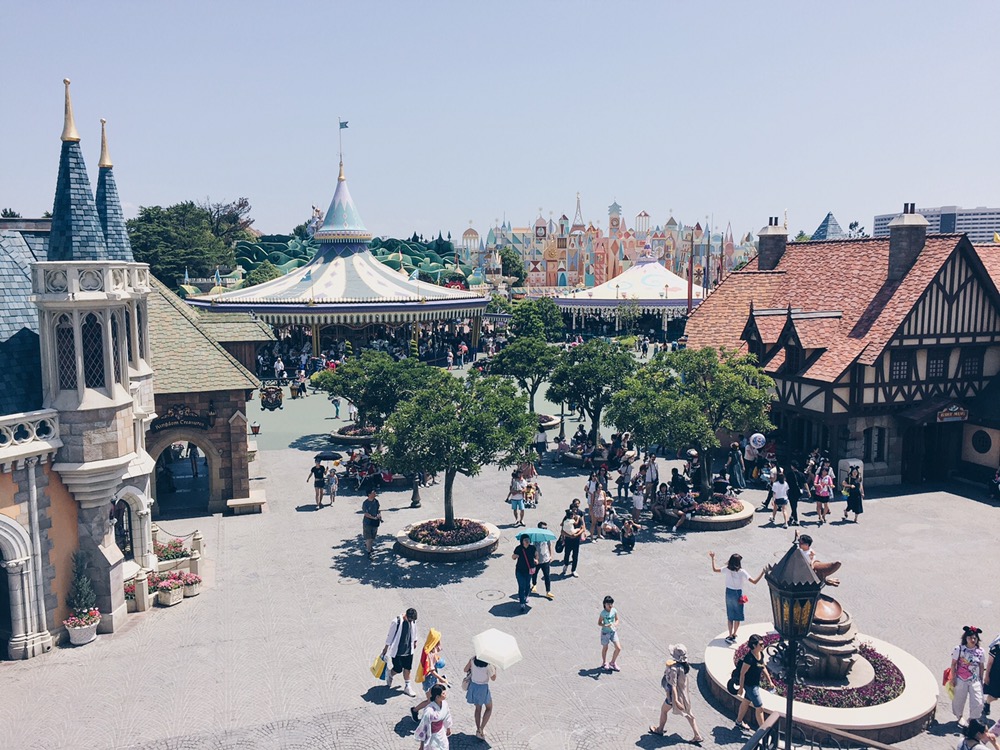 Pooh’s Hunny Hunt was really interesting. I really like the design with the storybook pages being super large.. Super cute.
I really really loved this ride, it was fun and confusing because I didn’t understand any Japanese dialogue, but that didn’t matter, hahaha.
7/10!

Huntin’ for that hunny

Jungle Cruise, a boat ride that takes you through the jungle with robotic animals about. It was quite entertaining, the safari guide girl was really into her job which spiced up adventurous vibe since my Japanese was literally 0/100.
6/10! 🙂

Cruisin’ through the jungle~

Inside Disney’s iconic castle was Cinderella’s Fairy Tale Hall, which isn’t a ride but more of a sightseeing exhibition. You have to wait in line to take an elevator up to view the hall, which had intricate figurines that retell Cinderella’s story.
There was a massive photo booth section with props, there was one with a chair almost like a throne but less epic, one with the glass shoe as shown below with the little girl – emojis to cover their faces because of privacy – and other displays on the walls. 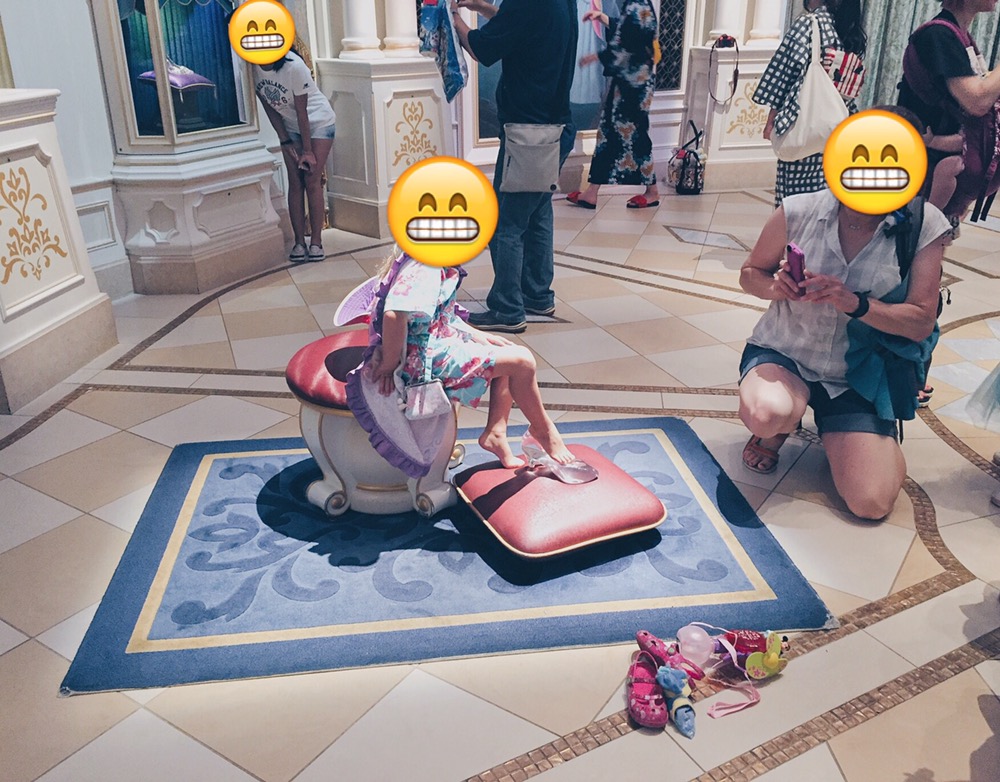 Managed to catch the Disney Parade and it was sheer luck that we caught the very last bit!

Some of the other rides that we rode were:

Wanted to ride Space Mountain but unfortunately, it was closed! ):

Disneyland was fun and we ate quite a number of times here… but I had more fun in DisneySea (link below!).