Having spent almost the entire day at Disneyland, eating and recharging our fuel here and there seemed appropriate.

To be simple, we settled for Captain’s Hooks Galley in Fantasyland.

Their menu was pretty small, and they only sold pizza – not my first choice of food, but what the heck… I was starving!

Everything in one takeout box!

I believe they only had 3 options of pizza.

The orange one was a Bacon and Pineapple pizza whereas the red packaged one was the Seafood pizza.
The Seafood pizza had shrimp, squid and either scallops or clams in it, and I didn’t mind it so much. I particularly like the cheese on the pizza as well.

I got the Kirin Apple Soda as a drink, just to try something new… and I didn’t like it at all. It was way too fizzy and it reminds me of the ASINA China Apple drink that I’ve had in Singapore. (Picture is stolen off Google).

But overall, it was a decent, quick and easy pizza spot for lunch. 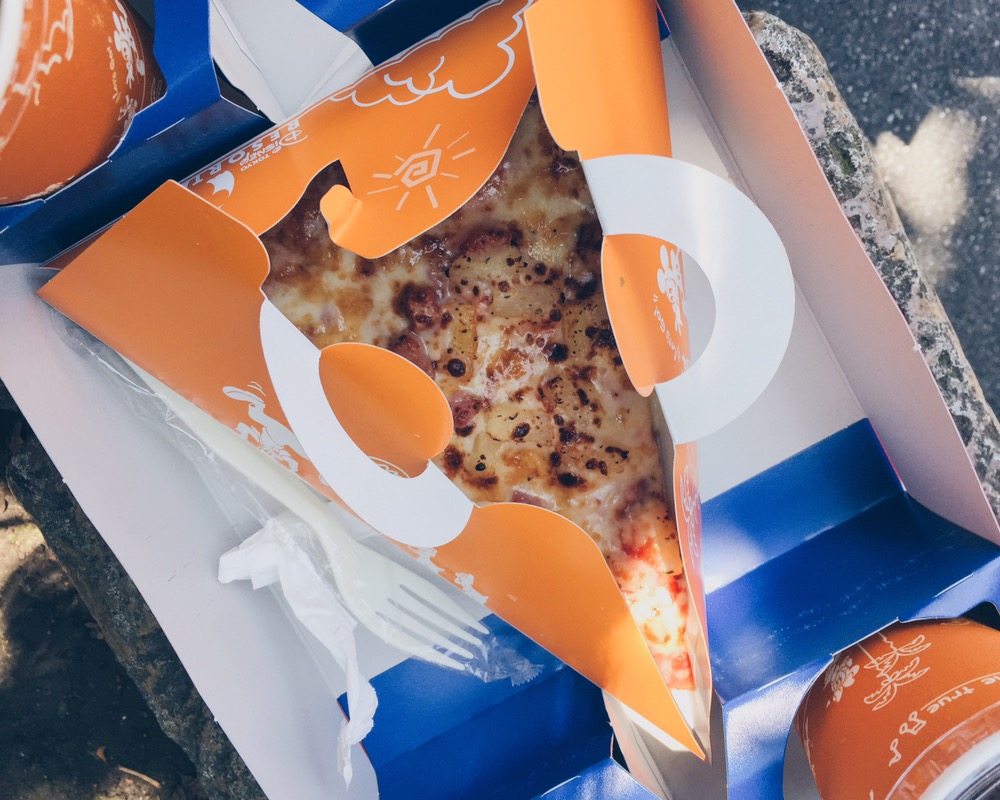 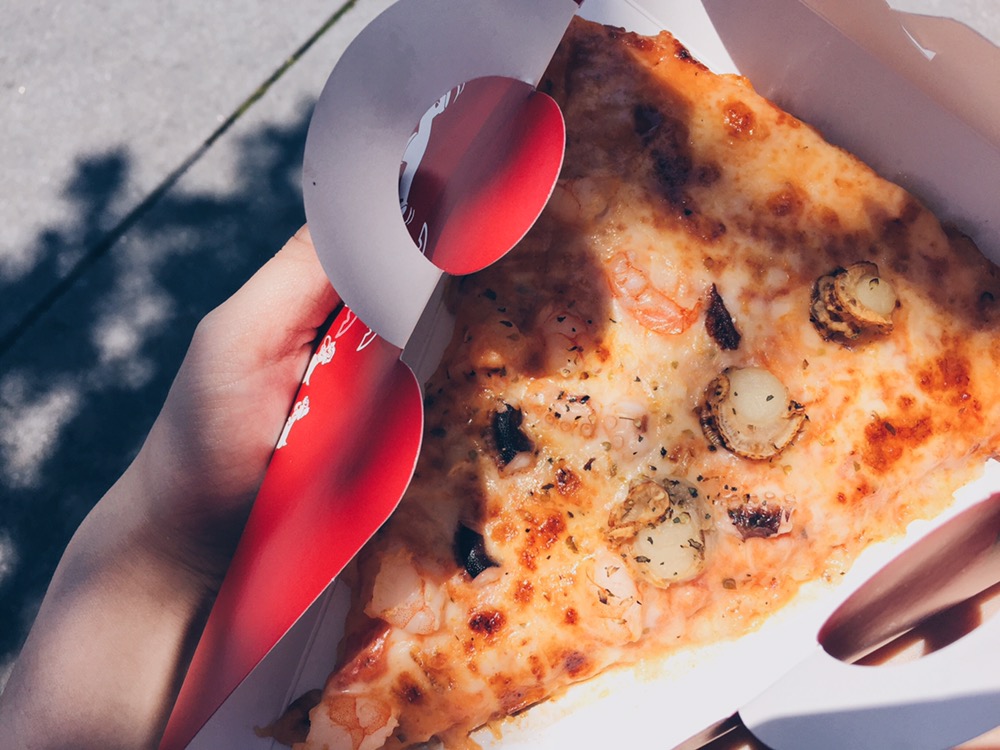 After awhile, the tummies were rumbling so a mini meal at Huey, Dewey and Louie’s Good Time Cafe in Toontown.

Their food was particularly cute and creative, unlike Captain’s Hook Galley. But essentially, both were still fast food. 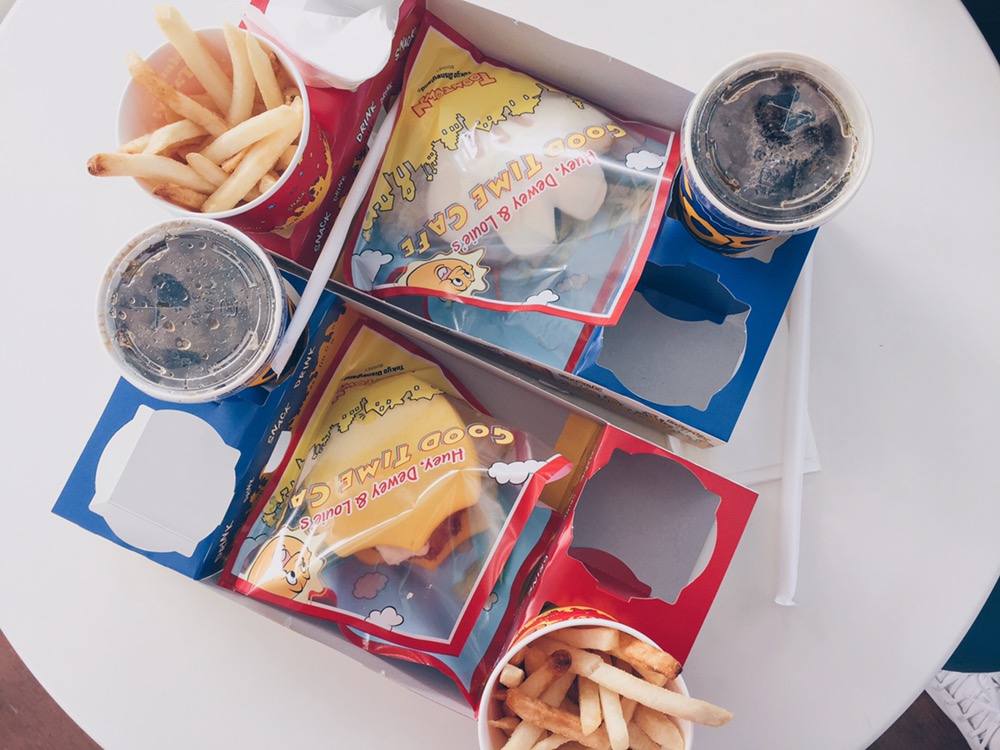 Sharing Donald’s Burger set, the burger was a shrimp cutlet and the buns were similar to a Chinese bun.. It was quite soft. The fries were good, but unfortunately, they didn’t give a lot ): . Perhaps I was missing fries amongst all the Japanese food we were having. 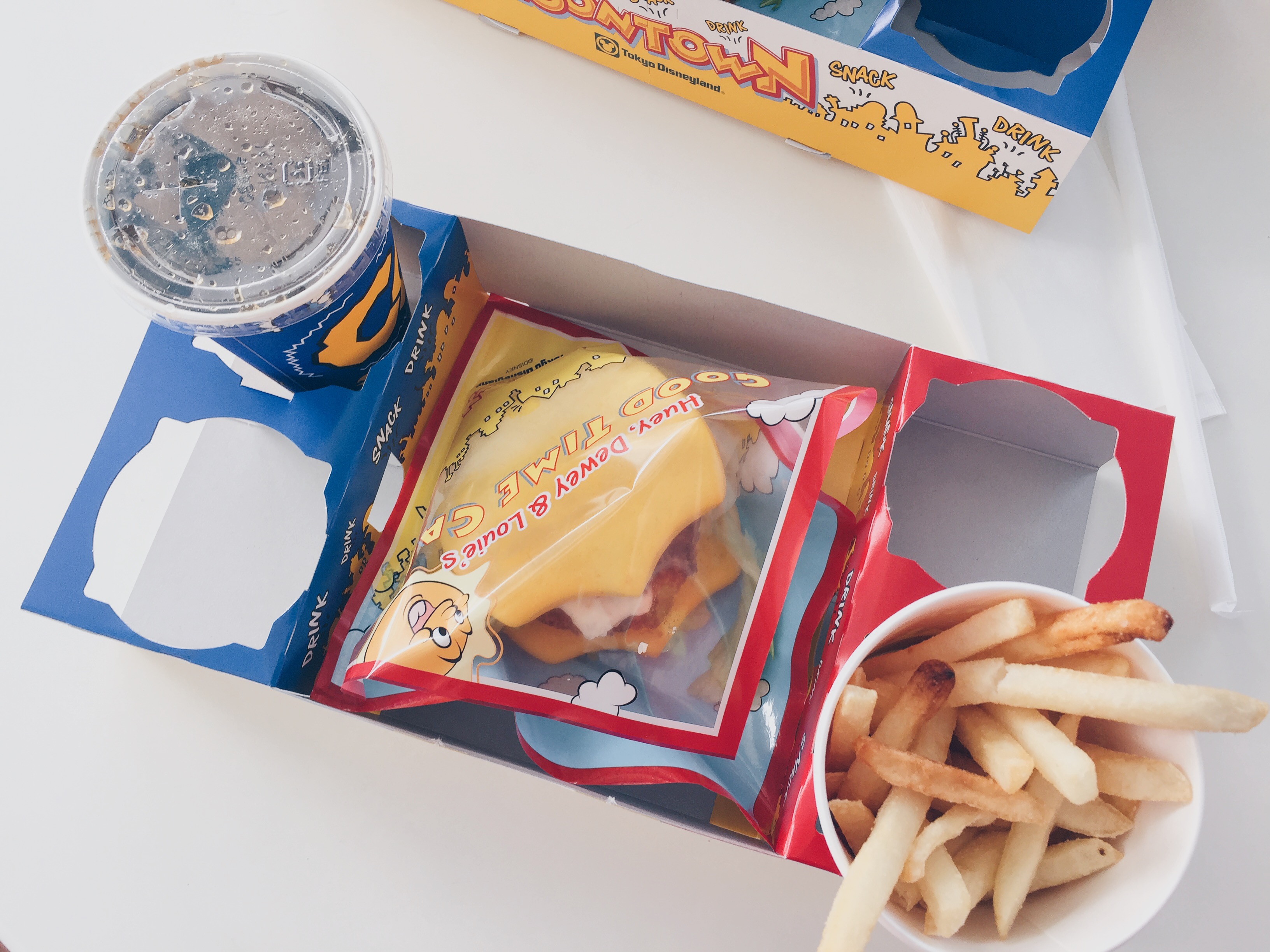 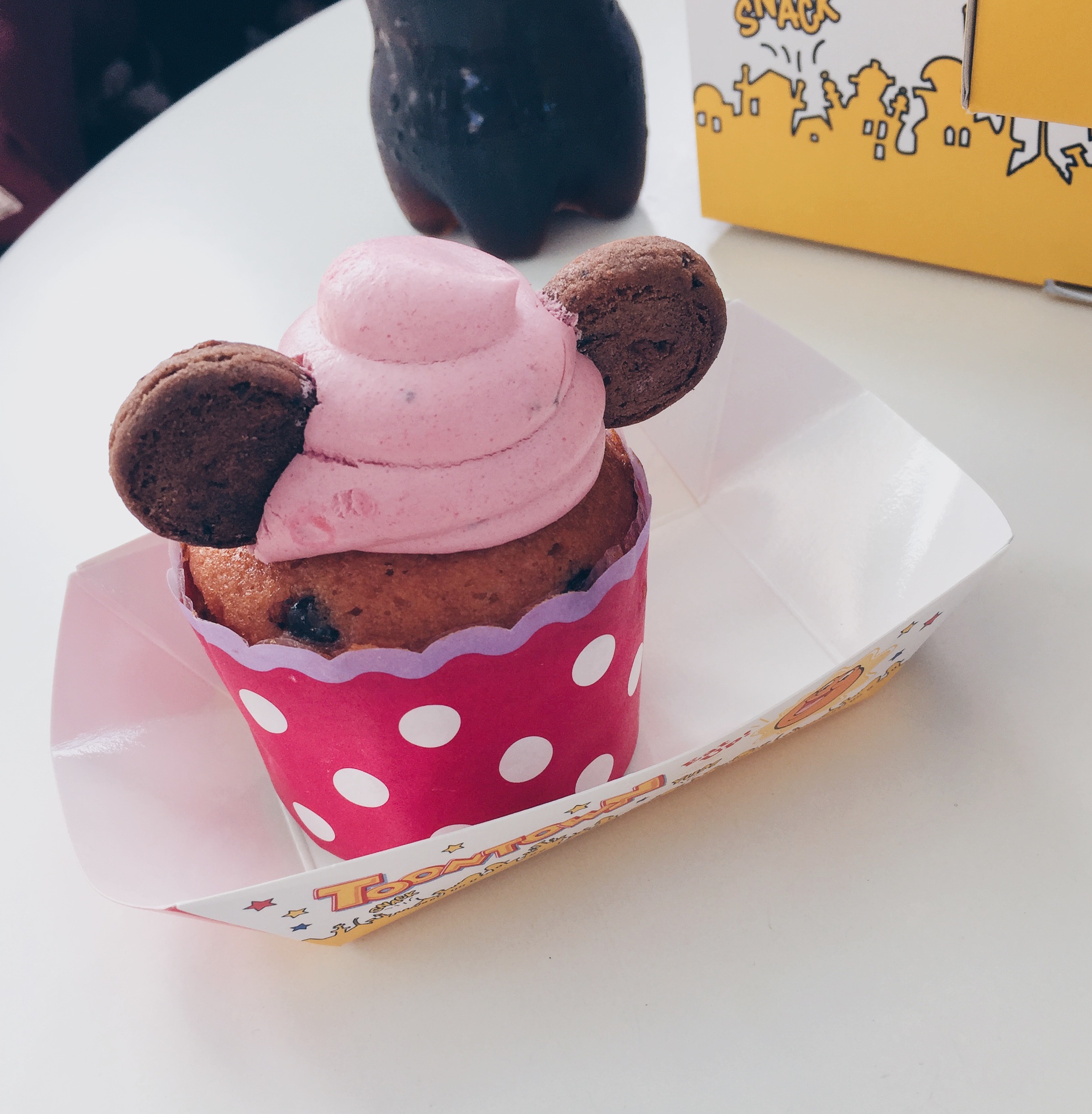 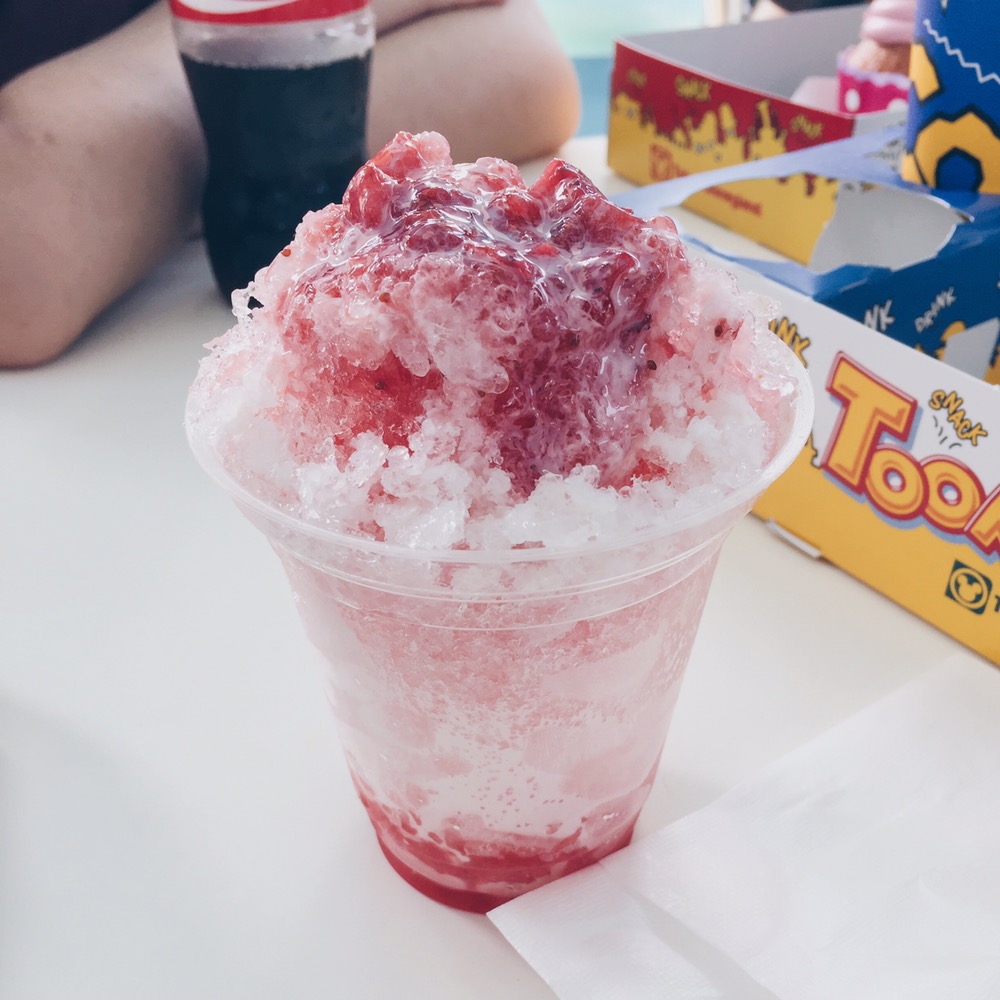 Food was decent all around at Disneyland, although I think they have more fast food joints for the simplicity of tourists. The Disney Popsicles made a bigger impression on me than the actual meals. The food was decent enough and the pricing isn’t overly expensive or jacked up due to it being a tourist attraction, like $10 for a slice of crappy pizza – so all in all, I think Tokyo’s Disneyland food was just decent and it helped me get through the day 😀 .