DisneySea, the only one in the world, is located in Tokyo, Japan. I had higher hopes of DisneySea than Disneyland, and I was not disappointed!

You get off the same station as Disneyland at Maihama Station, however, DisneySea is a tad further and not as convienent as Disneyland was though. It was a 10 minute walk from the station itself. 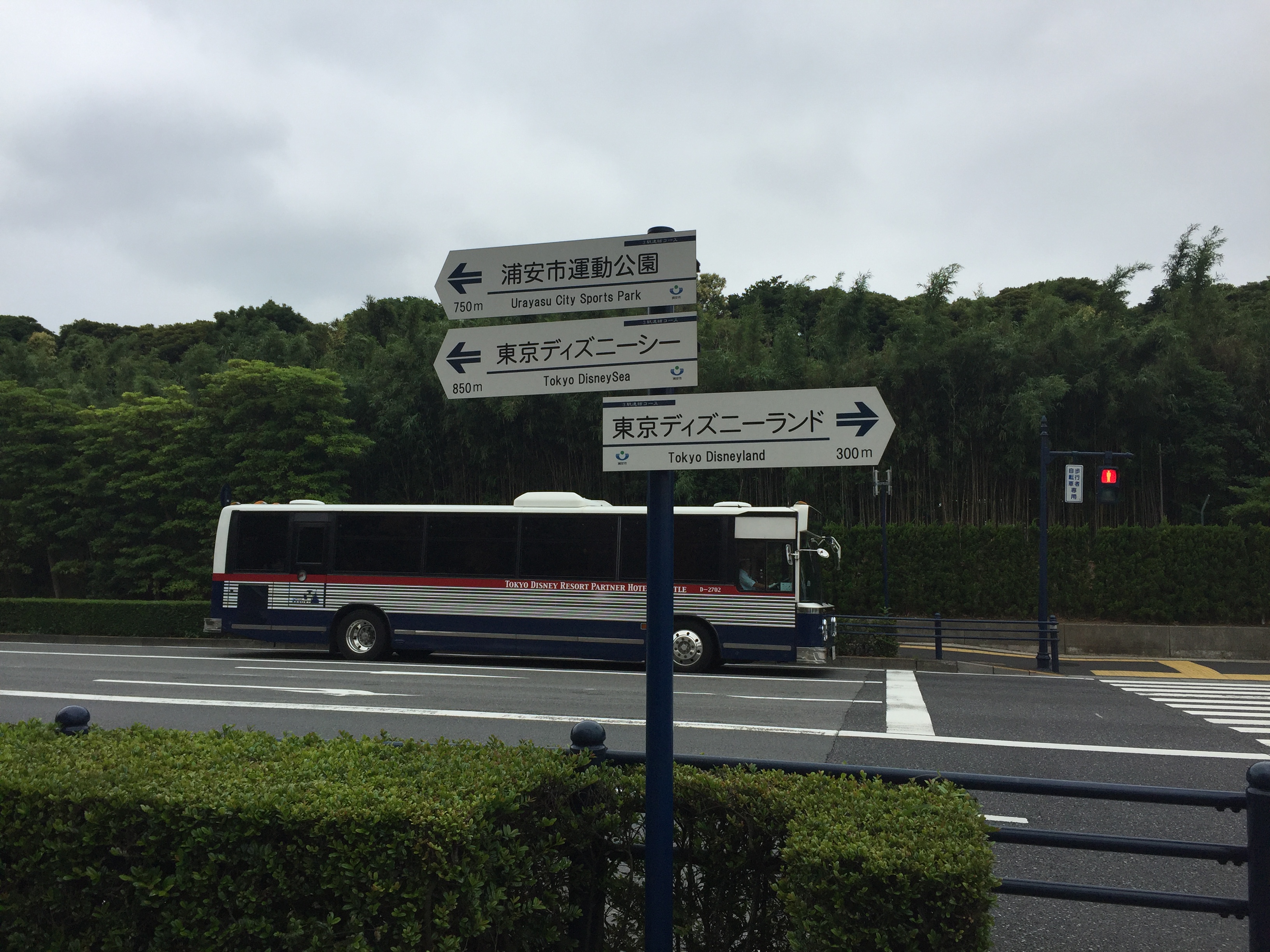 Greeted by this beautiful monuments of a ship with Mickey & the gang, along with the globe. You’ll have to walk through some buildings to get to the main area of DisneySea, which reminded me of Florence/Venice – even though I’ve never been there. 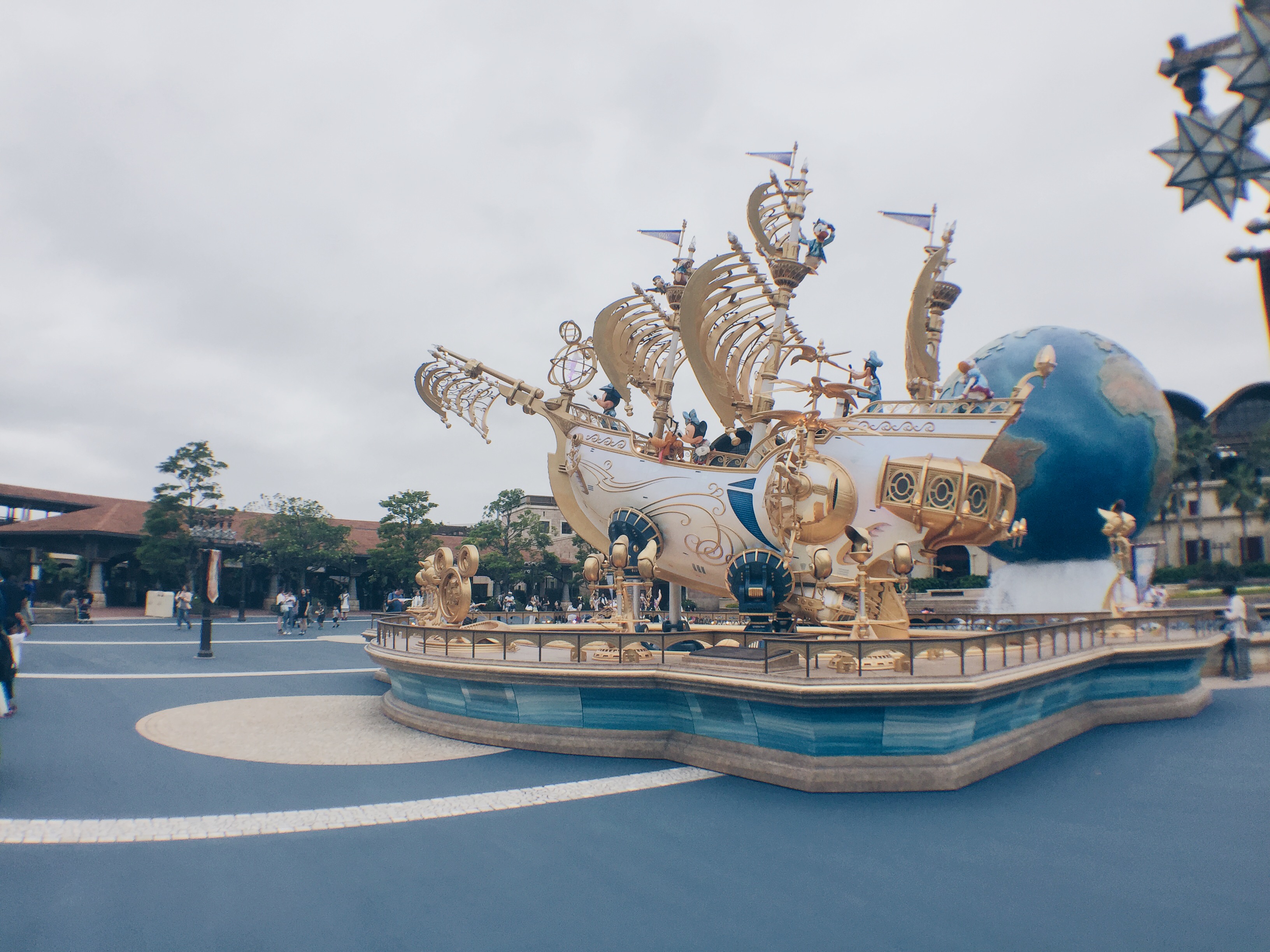 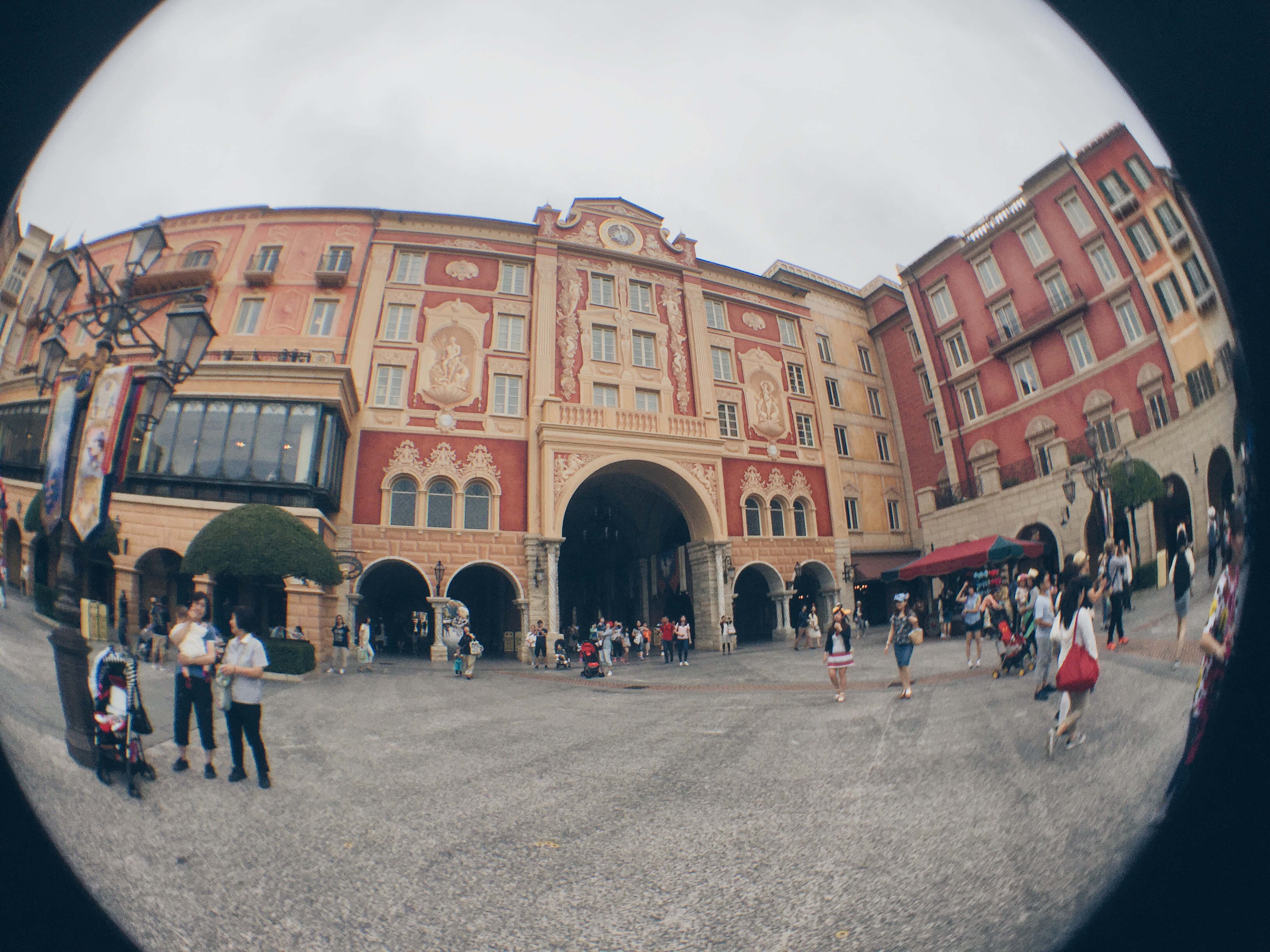 The main area of DisneySea was indeed a sight!
A huuuuuge space of water in the middle, along with the backdrop of the pirate ships and a volcano, which “erupts” from time to time. You can see people riding a roller coaster when it “erupts”, which is a puff of smoke or some thing like that.

In the huge space of water, there was actually Disney performances where Mickey, the rest of the Disney gang perform on boats/ships/jet skis… was entertaining, and the song was very very catchy, hahaha

Our first stop was to 20,000 Leagues Under The Sea which was an underwater ride.

Story time: While waiting for 20,000 Leagues Under The Sea, the ride randomly shut down and the employees were escorting us out of the line up… after we had waited about 15 minutes. Great…
To compensate for the random shut down, they offered every single person a free ride pass. So you can skip the lines and go straight to the ride, almost like the Fast Pass system.

PS: I say “random shut down”, because they were explaining in Japanese but me no comprende Japanese 🙁 .

With that incident, we just moved onto the next ride, which was Journey To The Centre, which was a 70 minutes wait. I couldn’t even believe it myself!!! 70 minutes!!! (I should have took a picture to prove it…) But we used our ride pass and literally just zoomed by the entire line, and it felt so fucking guuuuuuud, wahahahahha 😈 .

If you remember the volcano and me mentioning a roller coaster above, Journey To The Centre is that ride actually goes through the volcano!
Pretty cool huh?

By the way, 20,000 Leagues Under The Sea ride actually reopened and we managed to ride it 🙂 . 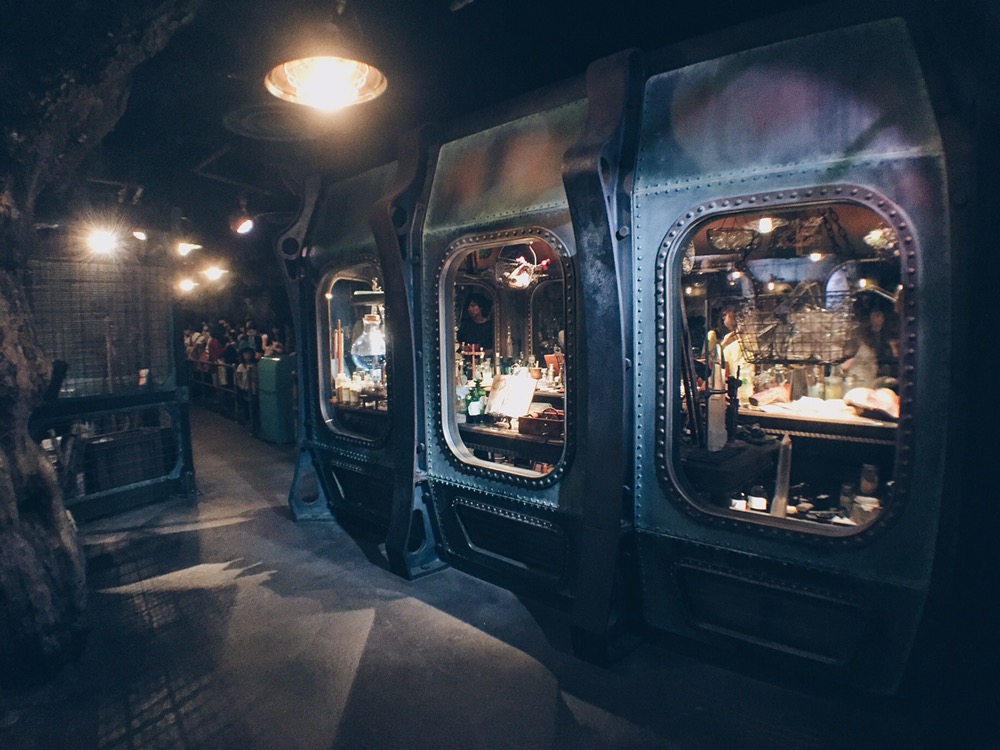 Journey To The Centre

DisneySea was just so so beautiful – everywhere was picturesque, it was just amazing.
Can you tell that I adore DisneySea??

Toy Story Mania! was actually on our list for rides, but the wait was 70 minutes as well… It’s crazy how long the wait lines for the rides were compared to Disneyland.
So yeah, we skipped out.

Mermaid Lagoon was incredibly beautiful and the castle was decorated with pastel colours, shells, and was just amazing.

Though Mermaid Lagoon was targeted for kids, go in and have a look!
Their interior was on point – a mermaid’s dream come true. 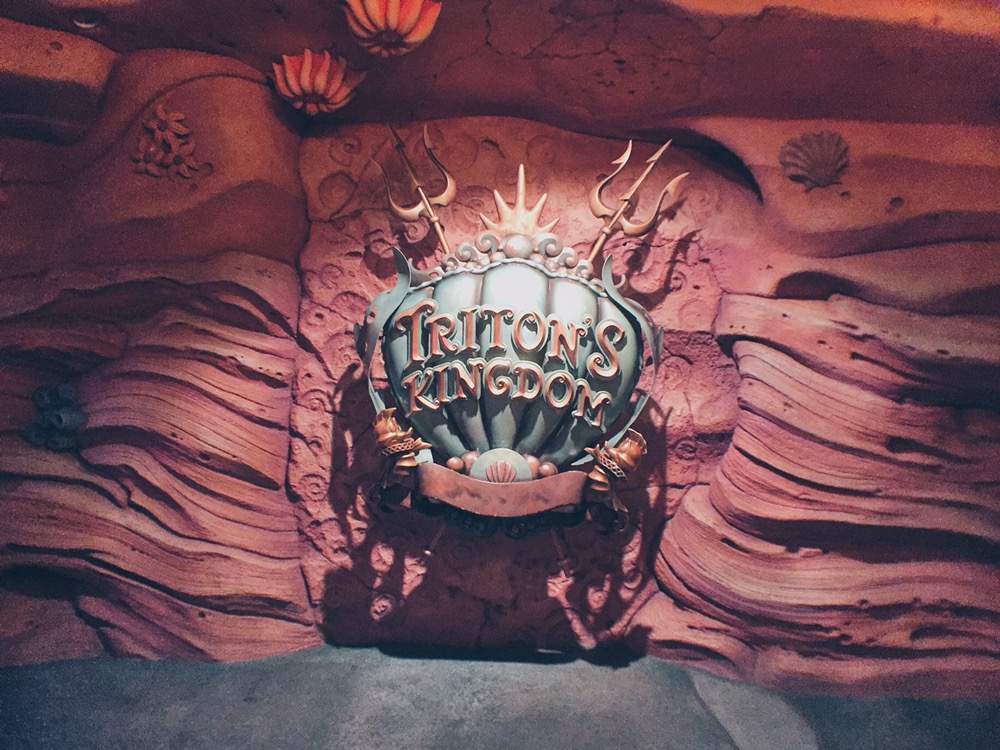 Arabian Coast was next to Mermaid Lagoon, and was also mainly catered for children but these sights… incredible. It makes me want to visit the Middle East!

At Arabian Coast, I went on Sindbad’s Storybook Voyage, and it was just a 5/10. It was a water ride, with a story and singing, quite similar to It’s a Small World at Disneyland. 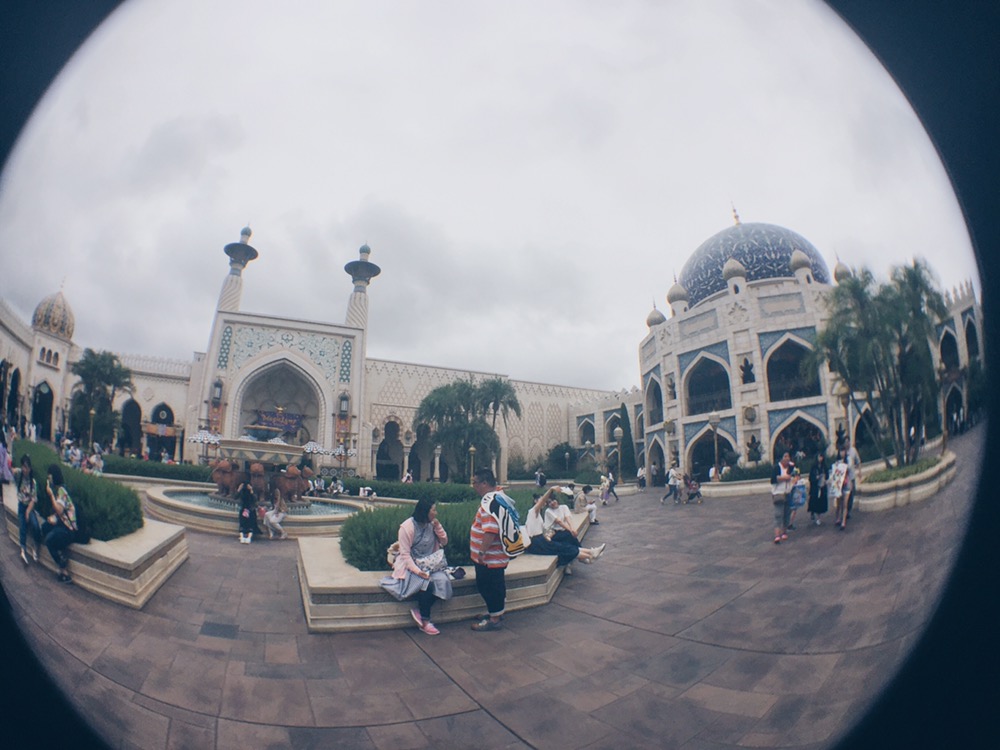 We caught Jafar walking about in Arabian Coast 🙂 .. who was pretty popular with the ladies, might I add 😉

These pins were off some mini-game and if you win, you get a Chip or Dale plushie. These pins were a consolation prize! They had a whole set of pins including Donald, Daisy, Chip & Dale, all with the Arabic theme to them. 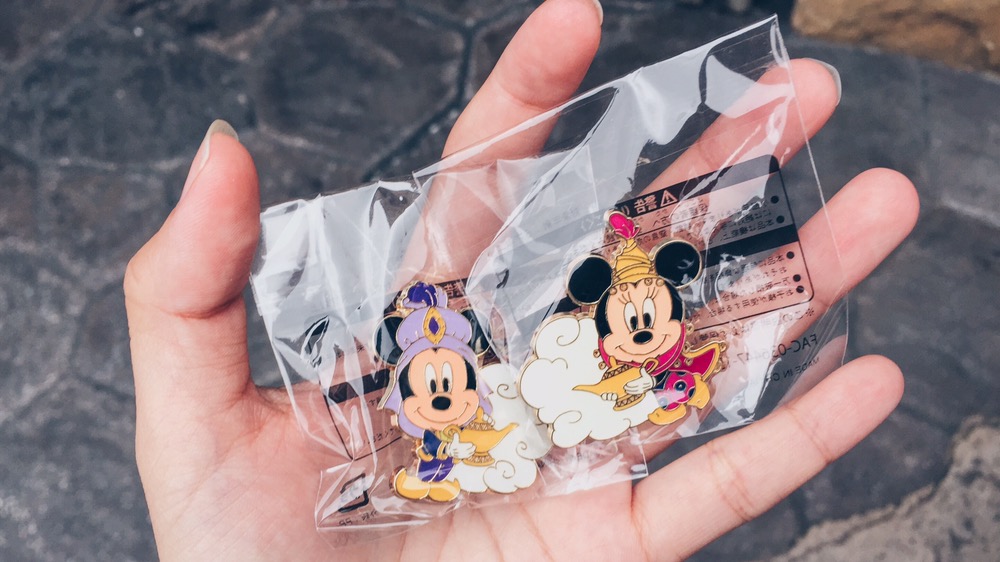 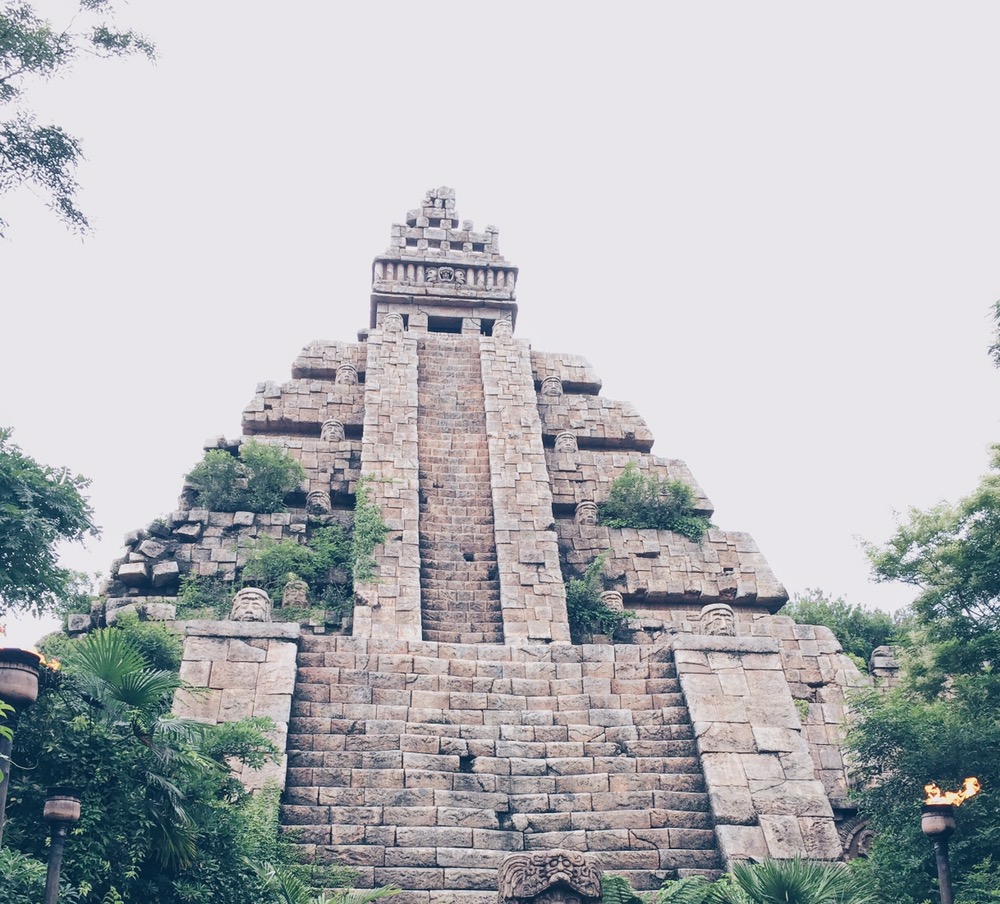 Compared to Disneyland, I didn’t partake much of the roller coasters/rides.
But 2/3 of the DisneySea rides were amazing so it didn’t matter to me, I’m not a roller coaster fanatic anyways~

DisneySea was more like Universal Studios to me, where everything is beautifully themed together and the decor/design is amazing. There were several “photo booth” spots for you to take pictures at, for free. It’s just a spot that’s specifically for photos with a beautiful backdrop.

Overall, I prefer DisneySea over Disneyland. Just because this is the only DisneySea in the world, and I just had higher expectations because it’s the only one. DisneySea is indeed more dedicated towards adults, in the sense that rides have more thrill compared to Disneyland. They also serve beer in DisneySea (not that I had it).
I also preferred DisneySea because the weather that day was more cooling and cloudy, making the day even better/tolerable compared to the weather when I adventured Disneyland.

If you had to pick one, hands down, I’m recommending you to go to DisneySea.
You won’t regret it! 😀