Having a quick sandwich stop at New York Deli in DisneySea. They serve sandwiches, soups and salad – New York Deli is in fact, a deli. Wow.. what a surprise!

The line was fairly long and crowded during lunch period, so to avoid long lines, I would suggest eating an early or late meal! 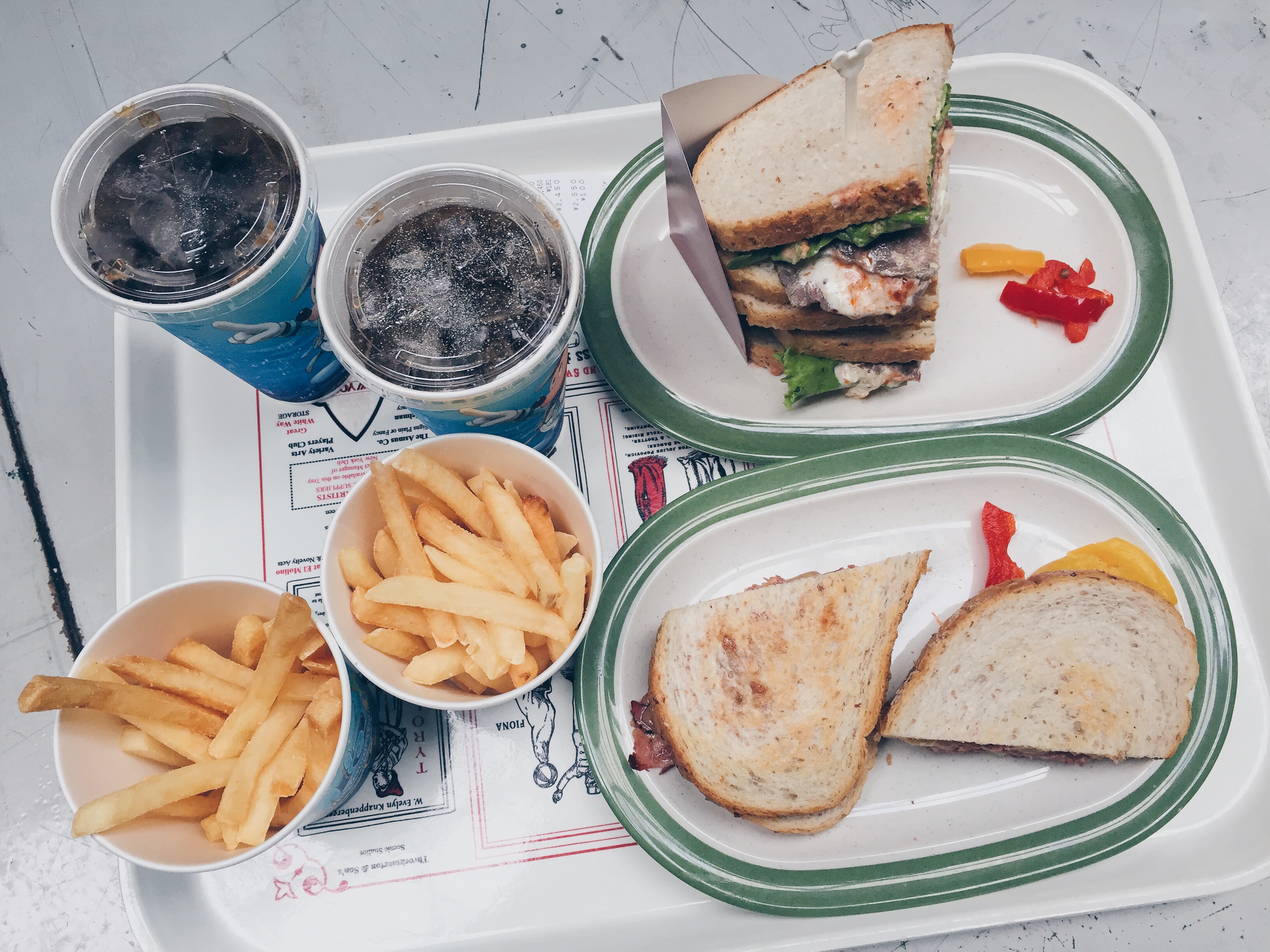 The Grilled Reuben looks nothing amazing next to the Mile High Deli Stack. The Grilled Reuben consisted of hot corned beef, cheese, sauerkraut, and thousand island dressing. They also included red and yellow pepper, which they didn’t specify in the menu but it’s no big deal.

And as usual, fries were awesome but they didn’t give a lot here at DisneySea either ): !