The Tsukiji Fish Market is known for their 4am-5am tuna auctions where fresh tunas are being auctioned off to the highest bidder and only a small few get to view this auction. But I wasn’t there for the auction because, waking up at like 2am to line up was just not for me….
Still, Tsukiji Fish Market is known for their fresh fish dishes, and it’s market scene. 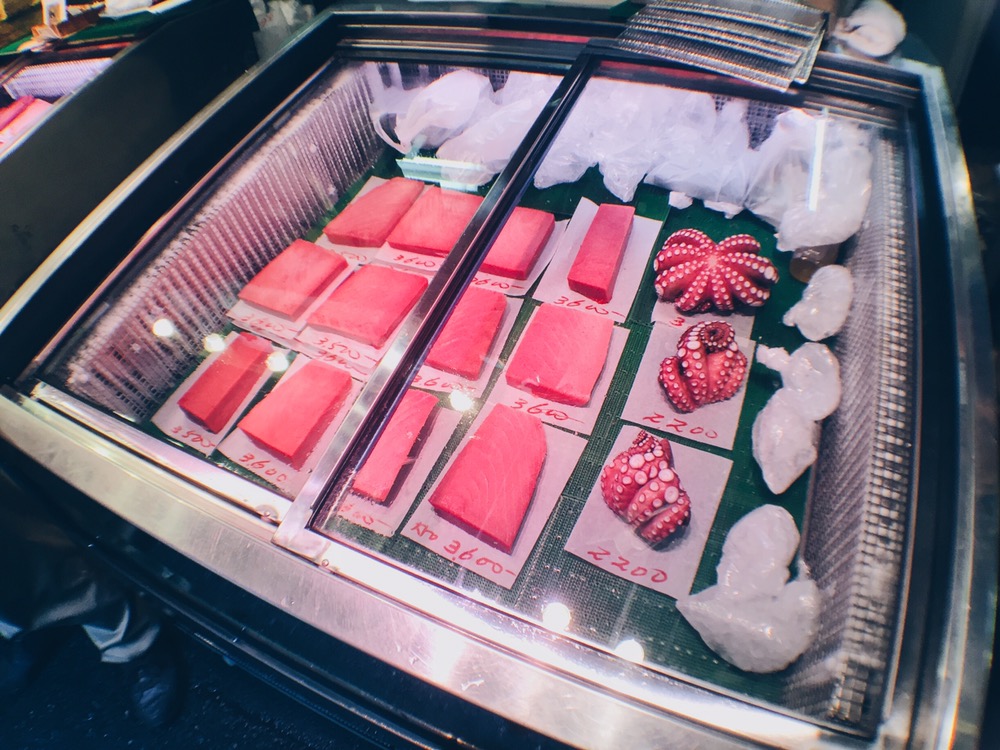 In the market, I stumbled upon more Daifuku, but these were made differently compared to the one in Osaka. The strawberries were outside instead of inside for this version.

It was 3 for a certain price, so I grabbed a box! The strawberries are insanely big! Inside, the fillings were red bean, custard and matcha in each different mochi. Oddly, I liked the custard one the most because of how smooth the filling was compared to the red bean and the matcha. 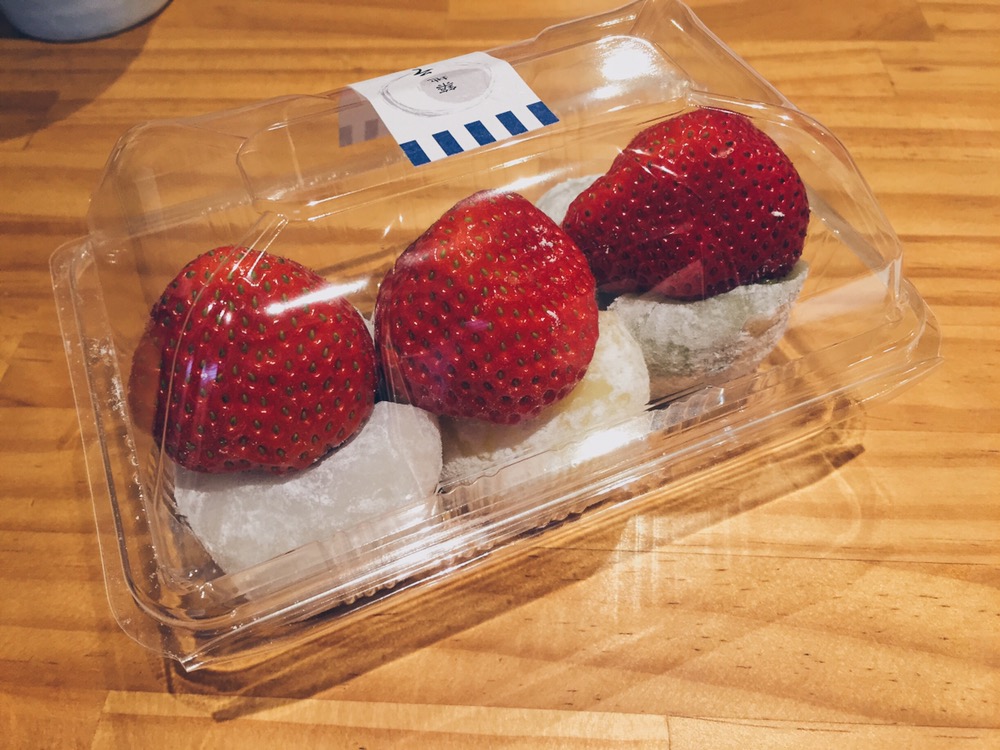 Close up shot of Daifuku

This was the store that I got my fresh fish fix at! There was no line, plus the smell coming from inside just led me in.

They have a two-level sitting area, so there were plenty of tables! Tables were mostly in seats of 4, so if you have a bigger group, you might occupy more than one table. Mind you, these prices were not exactly the cheapest meals. Probably one of the more expensive ones that I’ve ate in my entire trip. But it was sooo worth it!!

They only sold Chirashi dons and separate pieces of sushi and alcohol.
Chirashi don is essentially a bowl of rice, topped with pieces of sashimi. The meal also came with miso soup.

I got the fresh chirashi don that came with white fish, tuna, salmon, squid and crab flakes. Let me say that it was amaaaaaaaaazing!!!
I don’t eat white fish sashimi/sushi as I don’t like the taste, but the white fish here was so so good. Each fish had it’s own distinctive flavour. They were all chewy, fresh (because of both smell and taste) and everything was just in a good harmony together!

I also ordered a slice of otoro (fatty tuna) as I wanted to try one from the fish market itself since everything here is fresh. It was extremely chewy and melts in your mouth… to die for.

This meal was definitely one of the best I’ve had in Japan, and have ruined Japanese food for me forever… because nothing will taste like this back in Toronto.