Odaiba is a man-made island in the city of Tokyo!
On this island is where I had the best experience of conveyor belt sushi + sushi by shinkansen/sushi train! 🙂 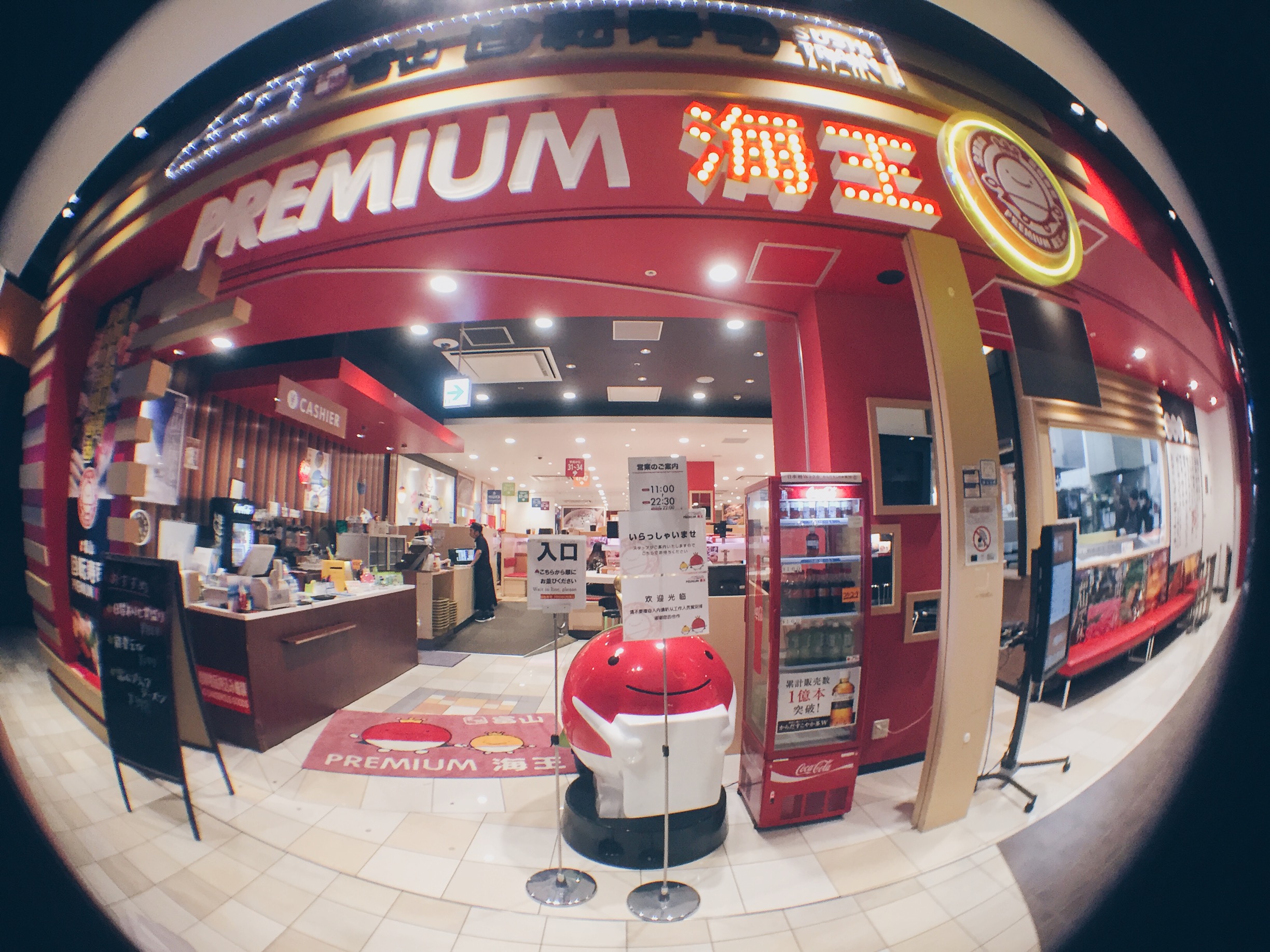 Using an iPad, you can order the items and it’ll be delivered by the shinkansen, which was longer and could put more items than at the trains at Genki Sushi. Some of the items are also available on the conveyor belt, but you can order on the iPad as well.

As the iPad had an English menu, we ordered from the iPad more. On the conveyor belt, there is a picture to indicate the oncoming food items, but it was listed in Japanese and pictures sometimes don’t help – so that was a guessing game, hahaha.

The sushi by shinkansen, looking like the shinkansen itself! 🙂

In conveyor belt sushi, prices are usually based on the colour of the plates. Each colour represents the amount but most of the plates were at the ¥100-¥160 mark. Only had one plate that was ¥270, just as we were mentioning how we’ve never seen any other food item higher than ¥160.

The fish here is fresher than the ones at Genki Sushi! Absolutely loved the salmon and tuna nigiri here! The fish pieces were also thick and juicy, so that is a plus for me. Their clam miso soup was only ¥100 and I kept ordering it because it was so warm and yummy while eating sushi.

With multiple orders of each – miso soup, tuna and salmon nigiri

After achieving a high stack of plates, we called for our bill where our waiter had a tracking machine to count the number of plates. We were all quite amused and he showed us that under the plate, there is a sensor that syncs with the machine. He also let me used the tracking machine count the rest of our plates! It was an unique experience.

He spoke fluent English and engaged a conversation with us, asking where we are from, how long are we staying here for, etc. This portion of the experience made my trip to Premium Sushi better, because of his customer service 🙂

At the end of the meal…

The sensor underneath each plate

My entire trip here was wonderful and would highly recommend this place to try both conveyor belt and sushi train experience at one go!

I would also recommend going to Odaiba if you have a free day because Odaiba was a nice day trip from Tokyo, with slight sightseeing, multiple food and shopping 😀 !