Claw machines are very very common in Japan.
& Unlike in some countries, you can actually win stuff!!

A popular gaming arcade company that we frequented was TAITO Station. They have a bright red colour along with a huge space invader icon as their signs – it’s hard to miss!
Besides claw machines, they also have arcade games, gachapon, and gambling games such as the coin pusher, horse racing, etc. On higher levels, they also have purikura which is Japanese photo booth. Taito Station usually takes up a huge chunk of levels in the same building together, at least from what I noticed.

Wanting to win a plushie from a Japanese claw machine was one of my goals! But even if I didn’t win, I didn’t mind because I had gained a new experience.

There were so many claw machines, it’s actually a mix of wowzah and claw machine heaven. So many machines to choose from, but pick your machine what you want to win! Besides plushies, there was merchandise of anime(s)/manga(s) like figmas, blankets, pouches. Though I mostly saw plushies and figmas as prizes. 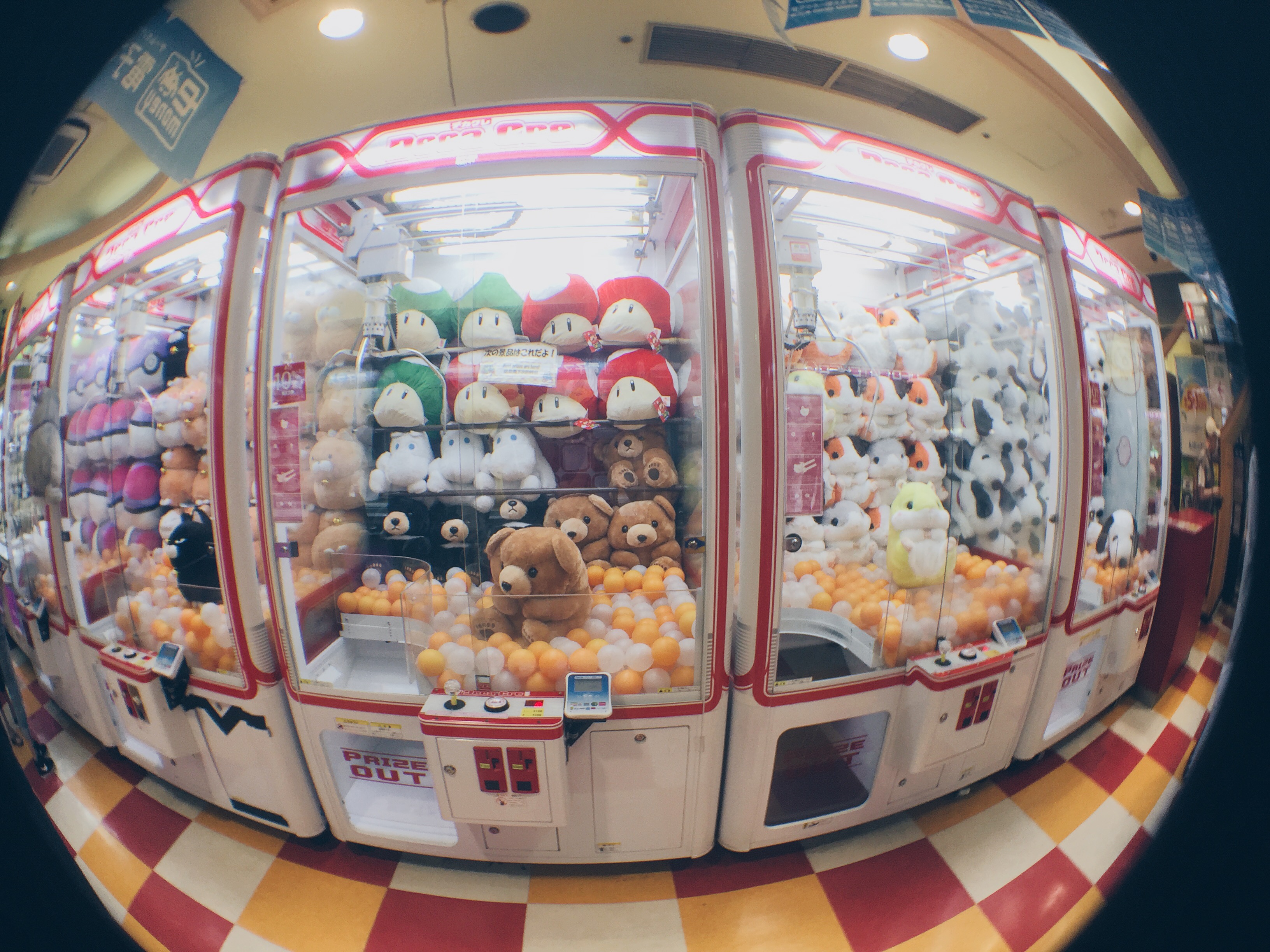 Here is one of the Rilakkuma claw machine that they have at this location.
After many many tries and trying to strategically get the plushie to drop, I got my Rilakkuma!! Although, the one I wanted was Korilakkuma and I was under the impression that you could switch the plushies but I shall explain that later in this post.

Came back on another day and Taito Station recently put this Agumon (from Digimon) one up, and managed to snag this little guy home as well!

In Osaka, I stumbled upon this coin pouch one and I did it on a spur of the moment. And I managed to get the Rilakkuma coin pouch on my first try!!
I was sooo happy, it was an achievement unlocked moment. 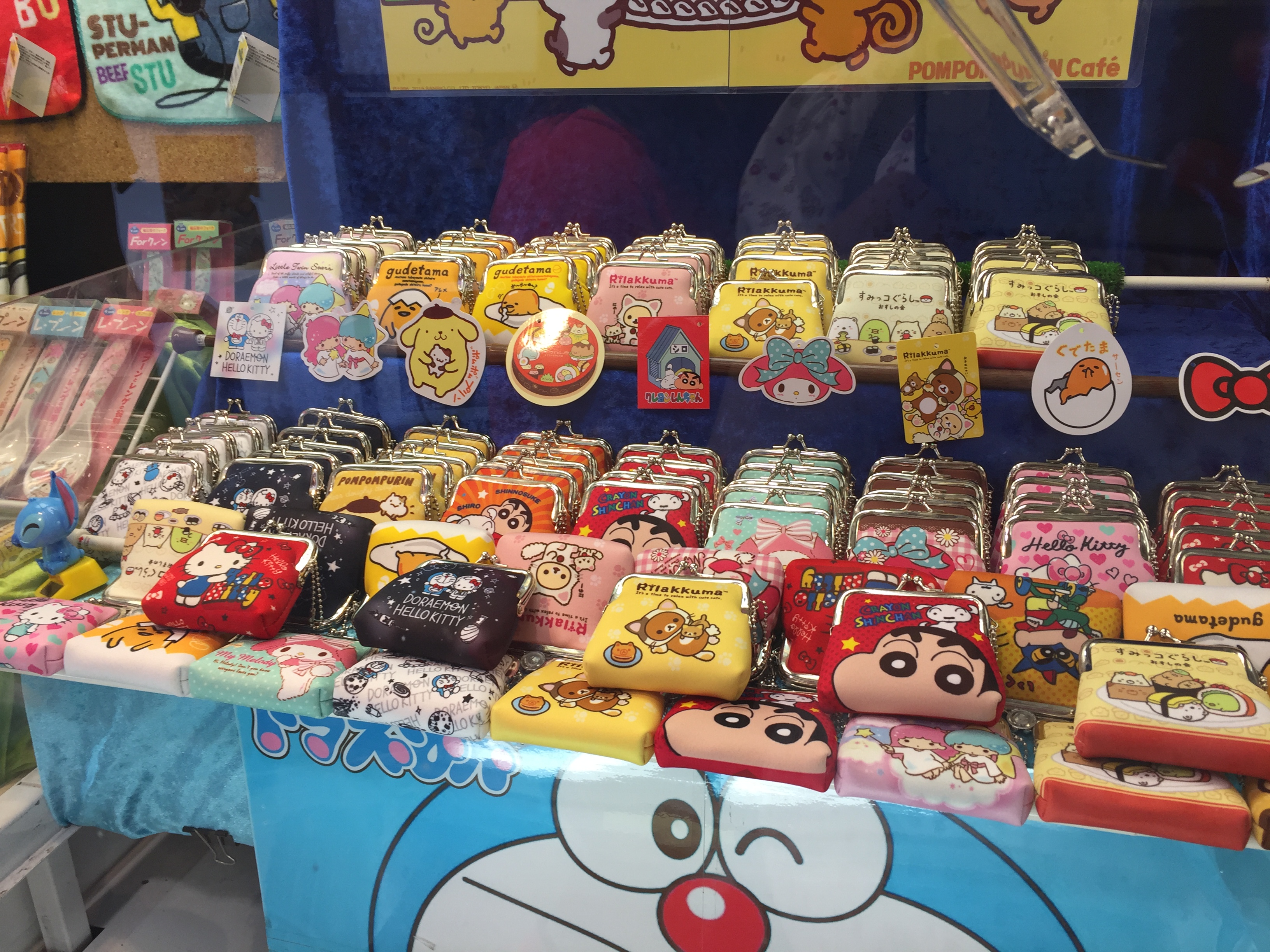 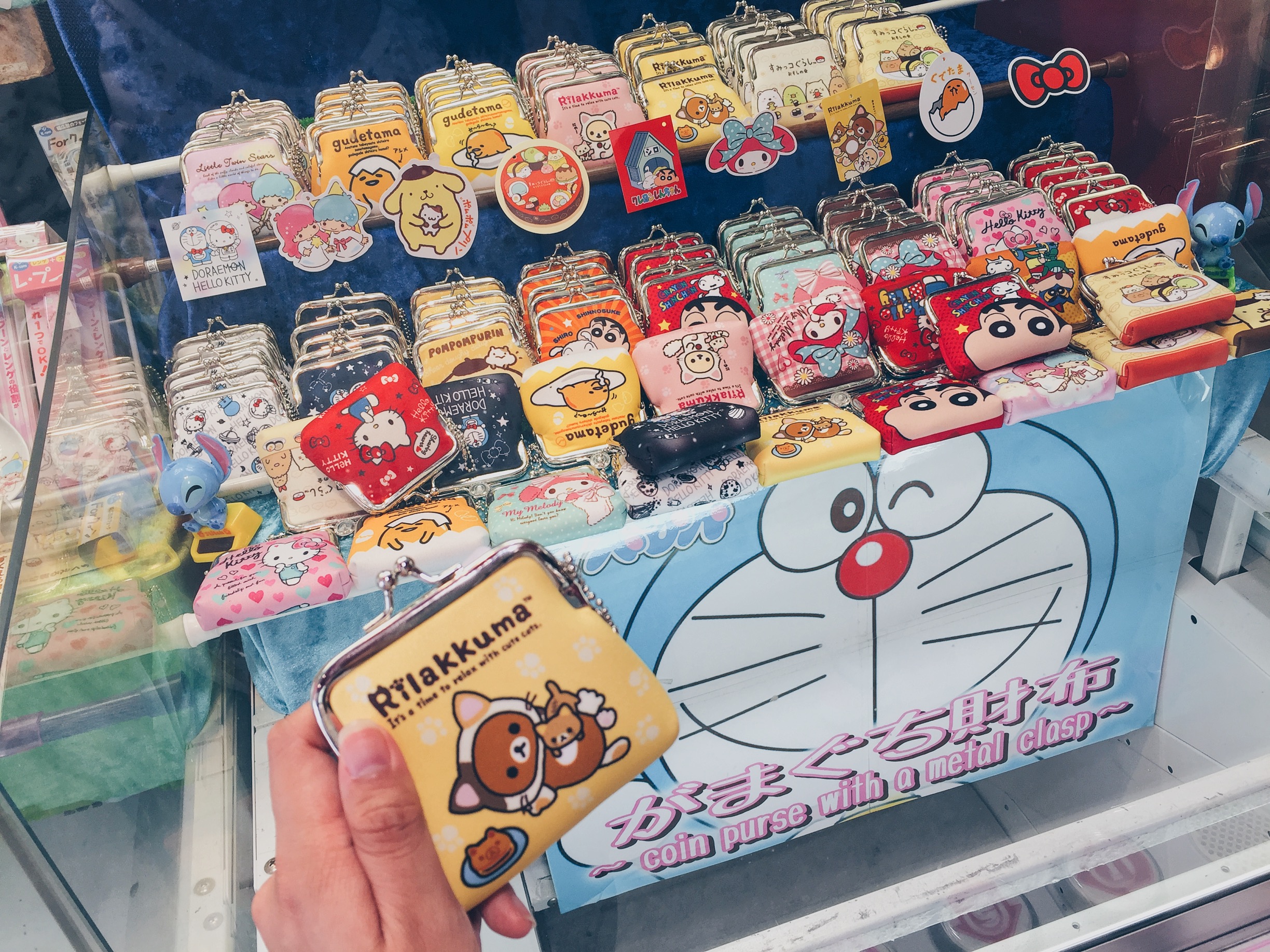 With my Rilakkuma coin pouch!

This is what I know about claw machines after visiting there a couple of times! I hope this information might help you before you go and attempt some claw catching!