Both Toronto Raptors (basketball) and Toronto Maple Leafs (hockey) made it to their respective playoffs so Pizza Pizza actually made deals involving both! 🙂

I actually went with the hockey version of the deal, titled “Score Savings!“. It consisted of 2 Medium Pizzas (4 toppings combined), 6 cans of soft drink of your choice, and 2 dipping sauces. 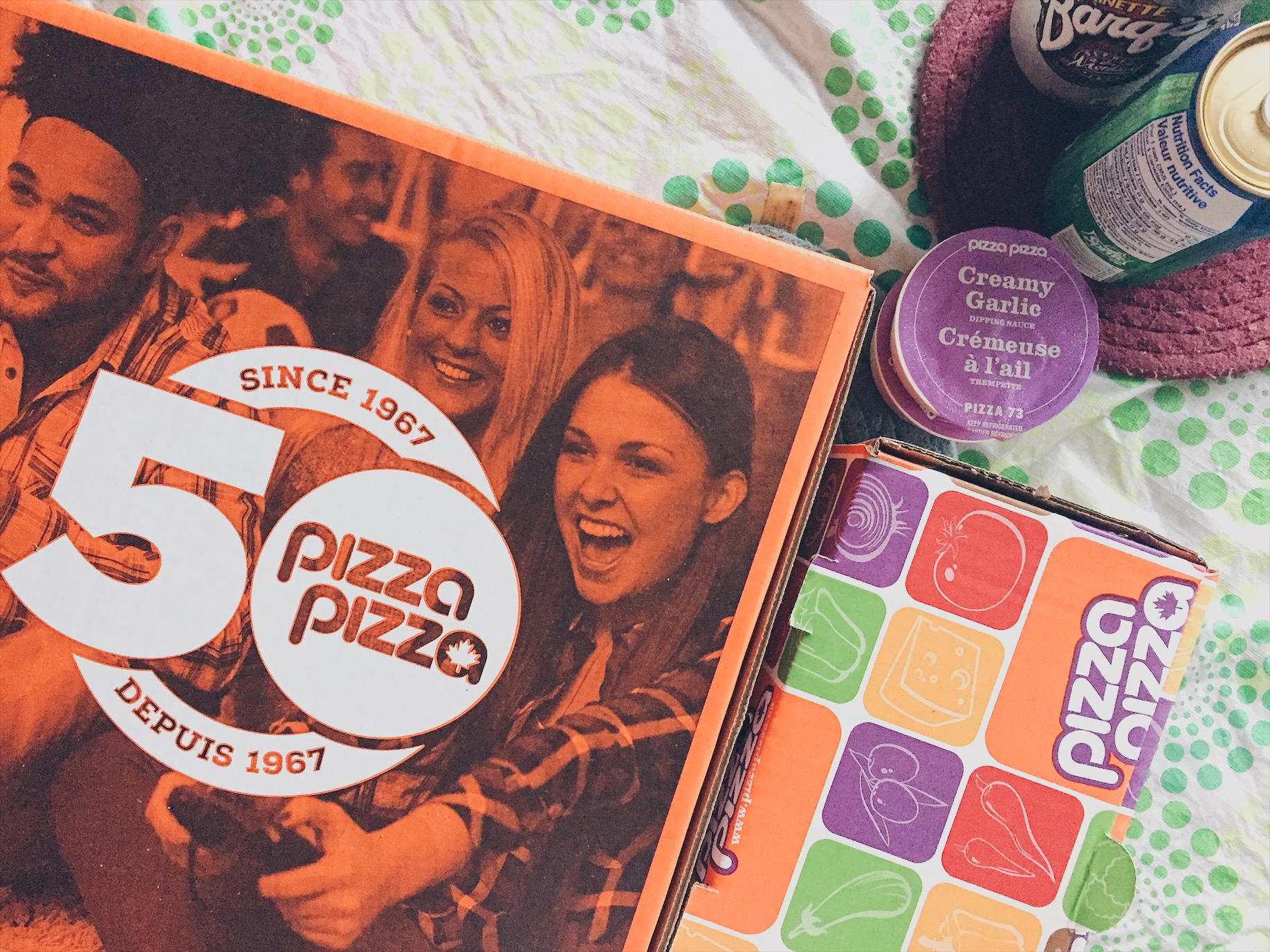 For the pizza, we got one with pepperoni and bacon crumbles and one with mini meatball and mushrooms. Cans of soft drink include root beer, sprite and coke. I also ordered a large side of potato wedges to share since I’m not a big fan of pizza. We got the creamy garlic dipping sauce. Even though it’s the most basic one, but it’s so good! 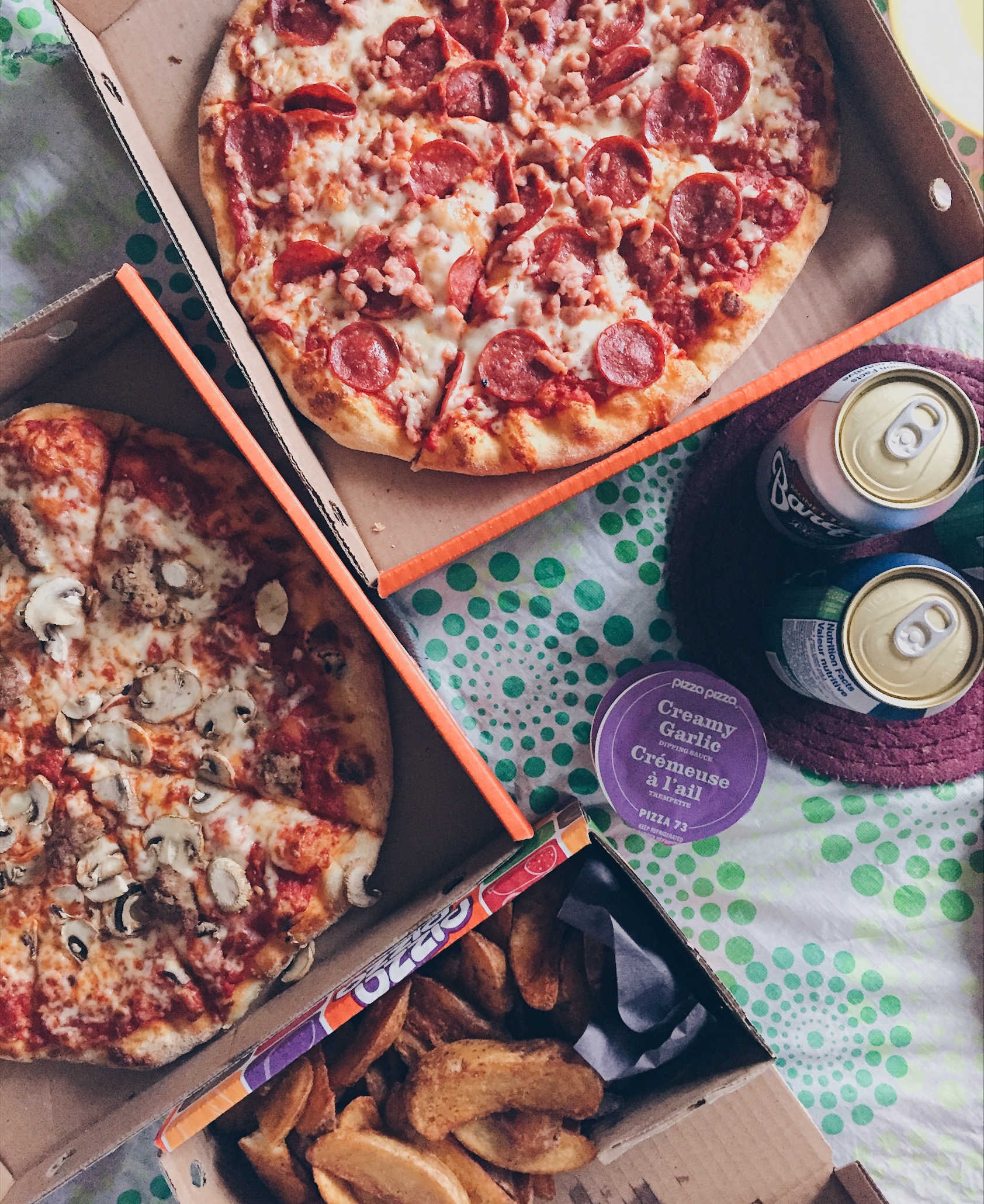 Service was okay, nothing special to mention about.

Though I have to say that on the mushrooms and mini meatball pizza that they barely gave any meatball – only about one piece (which is like half of a meatball) per slice which is really cheap and definitely not a topping worth getting. The potato wedges were bomb as any other potato wedges because I laaav potatoes.

Today is Game 6 between Toronto Maple Leafs and the Washington Capitals!
We’re not even supposed to make it this far but we did.
So no matter the outcome today, I’ll still be cheering Go Leafs Go!!!