I ordered Pita Land through UberEats (my new favourite thing!) awhile ago and ordered their plates instead of their wraps. UberEats came pretty efficiently with our meals and Pita Land did not get any of our orders wrong as well. They also provided condiments and utensils as per my request via UberEats. Pita Land also gave extra sauces in containers which were really nice of them.

Chicken Souvlaki Plate that was customised with potatoes, garlic sauce, Greek dressing, lettuce and tzatziki sauce. I like the tenderness of the chicken souvlaki, would probably try that next time when I order from Pita Land.

Chargrill BBQ Chicken Kebab Plate customised with potatoes, lettuce, garlic and tzatziki sauce. I wasn’t a fan of the BBQ meat, it tasted really dry and was hard to eat. Maybe if there was more sauce added to this plate, the meat wouldn’t have been as dry-tasting.

Chicken Shawarma Plate that came with garlic sauce, hot peppers, hot sauce, lettuce, onion, turnips, tzatziki with extra turnips, lettuce and onions. I love the turnips that come from Middle Eastern restaurants so I asked for extra and they provided! Which makes me a happy customer. The sauce had all paired up beautifully with my meal, especially I had mixed it all together.

I realised after opening my box was that my meat was all shredded up because it slipped my mind that ‘shawarma’ usually comes in shredded. Personally, it was hard to eat since it was in smaller pieces but I still enjoyed it.

Each of our plates also came with a side of pita/naan and hummus which definitely helps fill you up and you can also stuff your food items into the wrap! 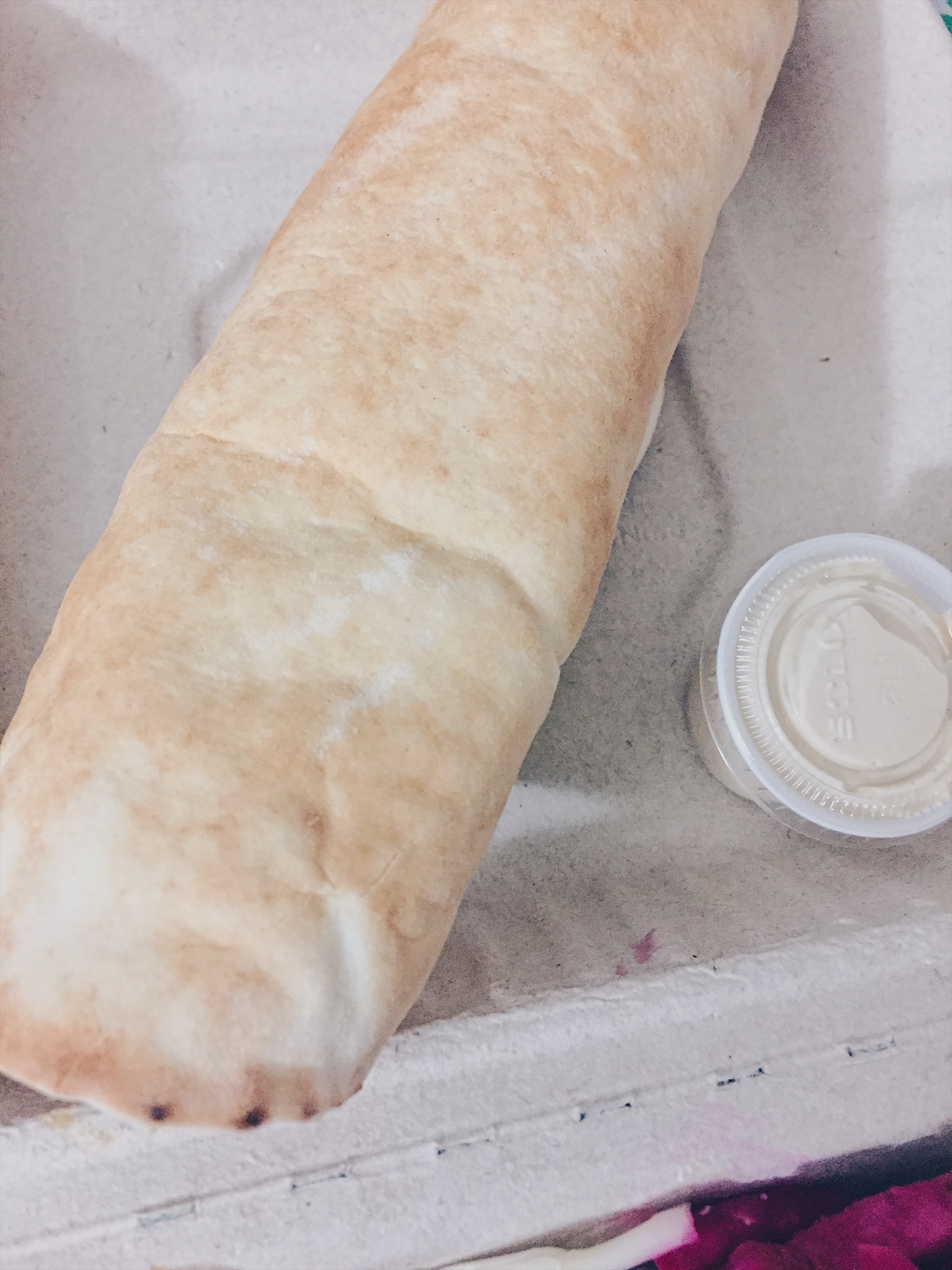 Pita/Naan with a side of Hummus

After trying out the Chicken Shawarma Plate, I realised that I was more of a Shawarma Wrap girl. I didn’t like my meal deconstructed and find it hard to eat everything. The meal itself was still good but just didn’t work out for me – will definitely stick to wraps next time!