Smith Brothers Steakhouse Tavern is, of course, known for their steaks! We wanted to try somewhere new that isn’t The Keg or Canyon Creek. We made a reservation but still had to wait a little bit as they had a party on the table and they were trying to usher the table out. My group managed to sit within 15 minutes, though it was still slightly after our reservation time. Throughout the entire process, the hostess and manager kept us updated regarding the situation which was really assuring and attentive. 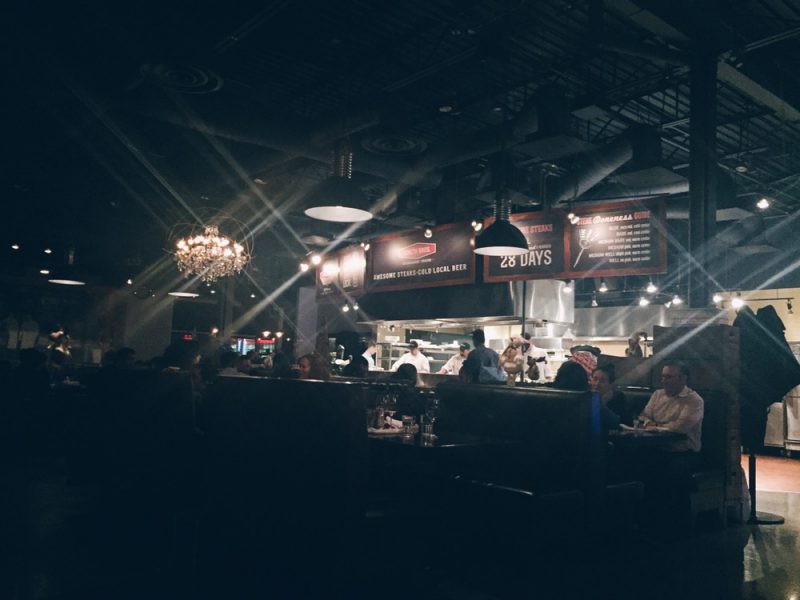 Smith Bros Steakhouse – Inside the Restaurant

Menus were simple and easy to read! They do not offer that many options which can be a good or bad sign. Good because this means that this restaurant definitely specializes in steaks by not having much to offer. Bad as there’s only a small handful of options to choose from.

Our server, Roy, was really nice and took care of our group well. He started us off with bread and butter after taking our orders. We were given about 3 baskets of bread. Their butter was really soft and creamy, which I liked. It was easy to spread on the bread.

This is the 10oz Sirloin Steak with Mushroom Cabernet Sauce and Fresh Matchstick Fries. I think it’s pretty cool how they put the sauce separately in a gravy tin like that. Sad to say that I didn’t really enjoy the Matchstick Fries because I don’t really like how thin it was – I could barely taste it.

I ordered the 7oz Steak with Mushroom Cabernet Sauce with Baked Potato. My Baked Potato toppings included sour cream, butter and chives – pretty standard. I personally don’t drink alcohol that much so I strongly tasted the cabernet sauce after 2-3 bites. One of my friends who drinks regularly even stated that she can taste the wine in the sauce. So yeah, pretty strong taste and definitely not to my liking because of that. The baked potato was awesome and satisfied my craving. My steak was cooked perfectly at medium-rare. 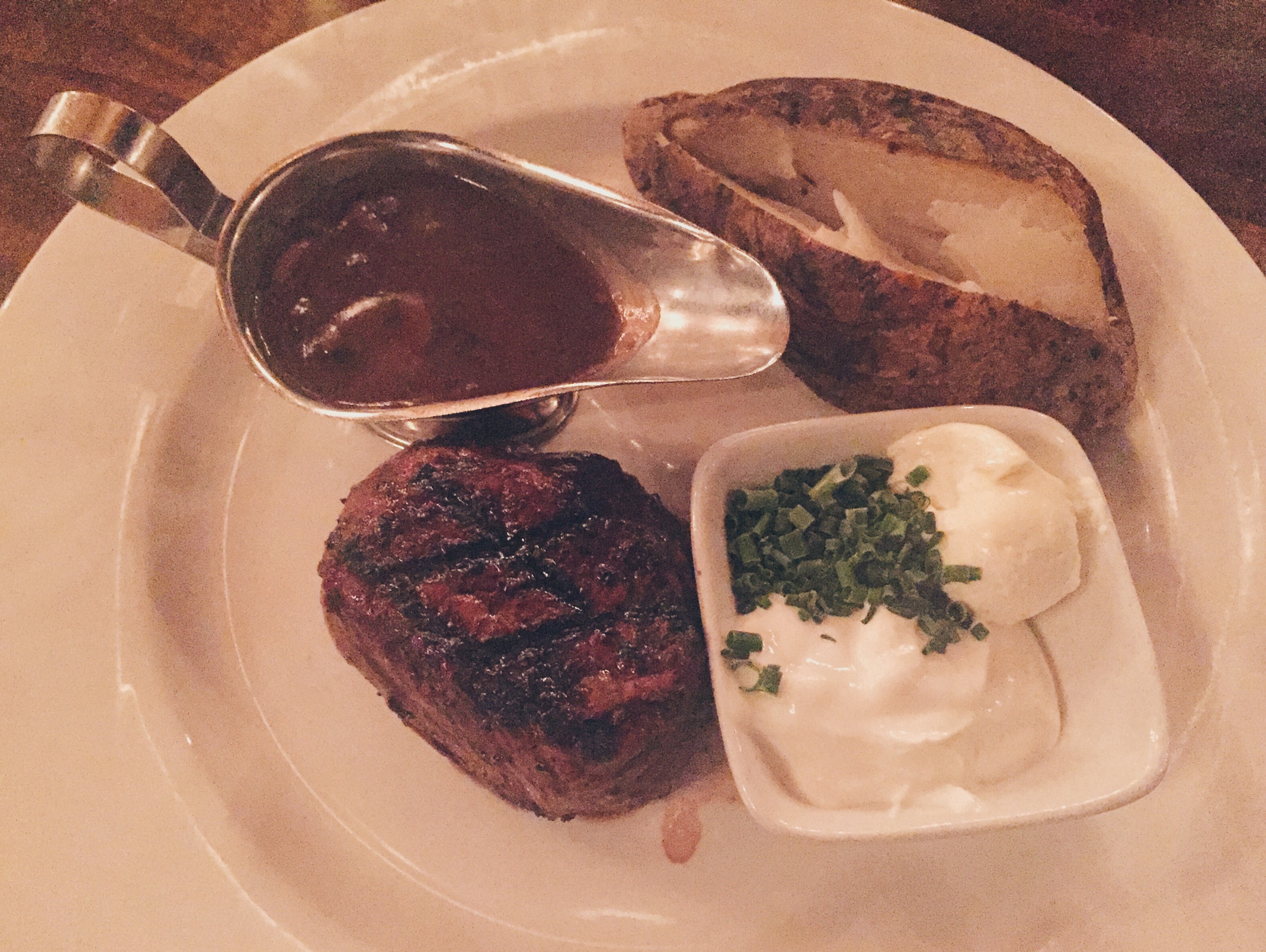 There are many other sauces to choose from for the Steak options such as Peppercorn Cream, Teriyaki and Crumbled Bacon & Bourbon. I tried the Peppercorn Cream sauce off another friend’s and found it too peppery for my tastes, however, she liked it just fine. One of my other friends tried the Crumbled Bacon & Bourbon but I didn’t get to try it! Oh well, haha.

Overall, I found Smith Bros to be yummy and have impeccable service. Though I’m not a fan of the Mushroom Cabernet sauce, I’m pretty sure I can try another sauce next time. I’m looking forward to the Crumbled Bacon & Bourbon one!